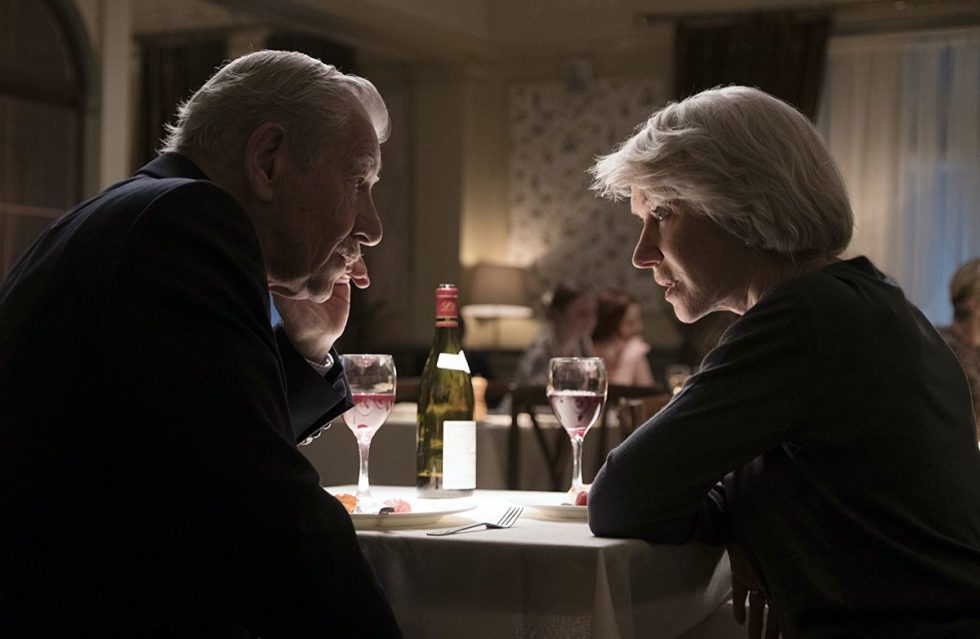 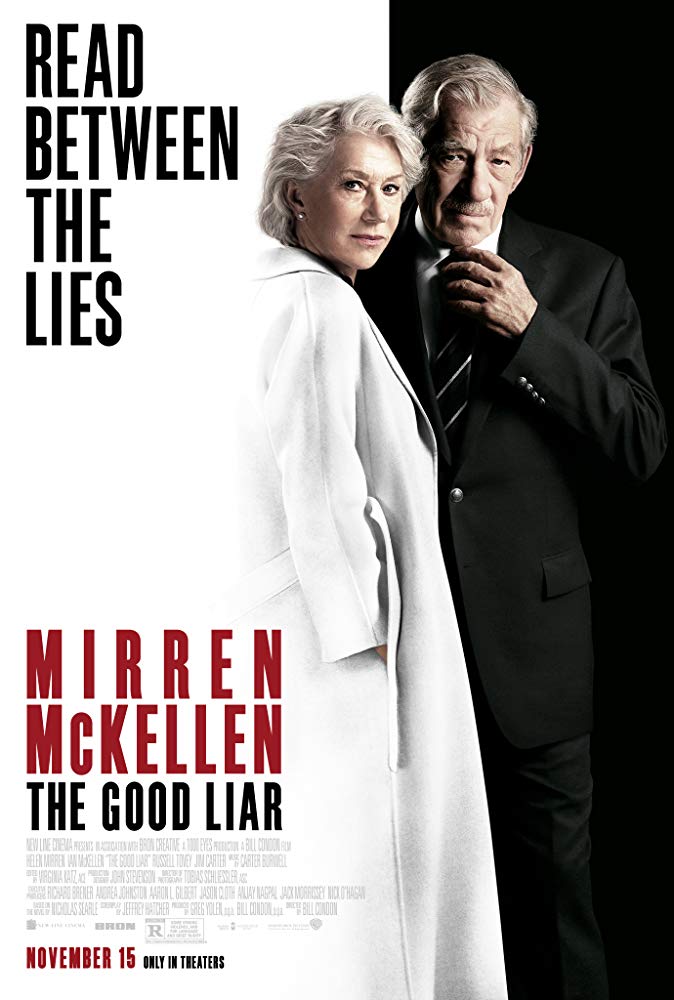 You already know something is up with Betty and Roy, and fortunately, it only takes 99 minutes to find out in The Good Liar.

Roy Courtnay (Ian McKellen) is a con man, and he has his eyes set on sett, innocent, and very likely loaded Betty McLeish (Helen Mirren). They meet over a computer dating service and settle into a comfortable, companionable existence. They’re both cagey and not truthful on their dating sites. Betty says she doesn’t drink but has a martini with dinner. Roy says he doesn’t smoke but lights up the first chance he gets. She is a widow with a grandson, properly naïve and willing to dote without smothering. Roy has a family, but he is not close to them. Betty enjoys the company, but she’s not interested in anything romantic. Roy likes meeting with friends for business opportunities. They both lie about their names. Roy is running multiple banking scams, and Betty has more up her sleeve than a few million pounds.

I’m not going to say you won’t see the hows or the whys coming, because that isn’t the point of The Good Liar. You know it’s coming, and the tension builds as you wait for the other sensible shoe to drop. I can tell you that Betty doesn’t tie Roy up and slice off part of his limps, and Roy is a sweet older man who will stab you in the eye if you tamper with his livelihood. They both have secrets and can play the long game, but one is far better at it than the other.

Based on the debut novel by Nicholas Searle, The Good Liar allows you to get to know all the players on the board without tipping too many hands too early. No prologue, minimal backstory except when it counts, and the slide into the finish is satisfying for the most part. You won’t get a ton of car chases or exploding buildings, because this is a quiet cat and mouse story, with the mystery being which is who. It’s a proper English Mystery that slowly draws Roy’s past into his present, with shadowy characters and a shell game of cash and assets. But I wish they had more to do. The Good Liar is taut enough with plenty of twists, but it doesn’t pack a punch like you feel it should. Maybe it’s because Mirren has played innocently deceptive before; we just know whatever she’s up to won’t be suitable to her partner.

It’s a calmer, gentler mystery, and maybe that’s the point. Sometimes it’s the quiet death of a thousand cuts that’s the most devastating.

The Good Liar is streaming now on the following services:
Powered by JustWatch