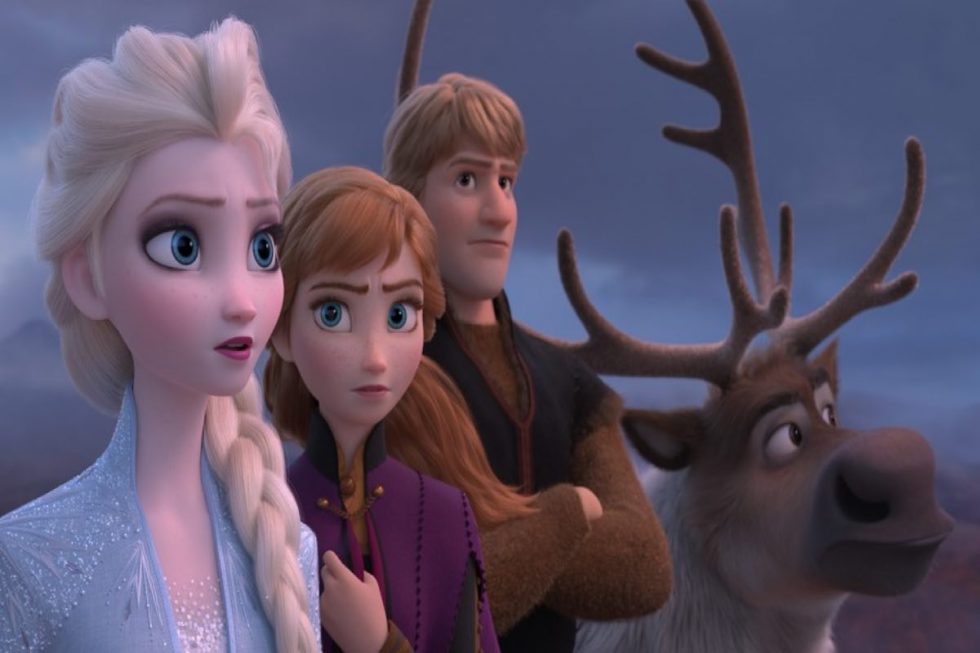 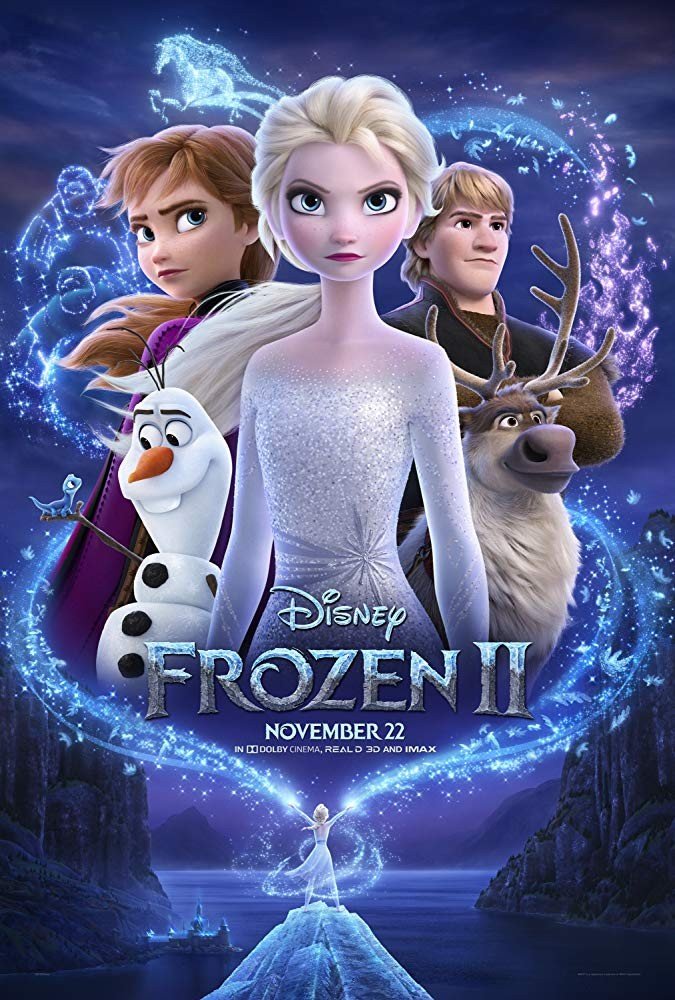 I’ve never seen Frozen (2013) which always seems to shock people. I don’t have kids, so by law, I was exempt from the multiple mandatory viewings. I know exactly one song and my life hasn’t collapsed under the weight of having never seen it, so I guess I’m doing alright.  This means that unlike my fellow reviewers, I have nothing to compare Frozen 2 with, and that’s okay. I think that, as a Disney film, it stands just fine on its own and doesn’t require thesis-level knowledge of the previous installment.

It’s been a minute since the events of the original movie, and Elsa (Idina Menzel) is still settling into Life with Other People. She’s feeling like an outsider in Arendelle despite the constant love and attention from her sister.  When she hears a strange voice calling her from the Enchanted Forest (OF COURSE there’s an enchanted forest), Elsa can’t resist the otherworldly. Something in the woods is also threatening Arendelle with all four elements, so Elsa decides to track the cause and the singing voice to save her home and her loved ones. Anna (Kristen Bell) can’t leave her sister’s side, Kristoff (Jonathan Groff) goes where Anna goes, and Sven (moose don’t have voice actors) and Olaf (Josh Gad) have no one else. There’s a bunch of back story with her parents and guards and the indigenous people and about eleventy-billion songs. It’s complicated, but when the pieces fall into place, it’s enjoyable.

There’s no question the Littles will enjoy Frozen 2. It’s plenty colorful, even if it did feel long. I say “feel long” because it’s only 103 minutes, but a lot is going on as Elsa and Anna unravel the mystery of their past and the history of Arendelle. Meanwhile, Kristoff looks for the perfect moment to finalize relationships, and Olaf ponders rather deep existential things. My favorite character might very well be Olaf, and I would love for him to recap my life up to this point because it would make so much more sense told as an abstract performance piece. Frozen 2 gets deep with discussion of time, betrayal, death, and redemption. There is laughing, and tears and a rocking 80s power ballad reminiscent of every hair band love opus complete with electric guitar and floating heads. My mouth was open.

The theater I was in was full of the flu – kidding, I mean kids, who seemed to enjoy themselves very much – lots of happily munching popcorn and trips to the restrooms. And as with every modern Disney film, there is more than enough color to fill their little eyes with light. I’m not sure of any of the music in Frozen 2 will reach “Let It Go” proportions of superstardom, and the musical choices are certainly plentiful. Still, I have no doubt you’ll be downloading the soundtrack in anticipation for it to be streaming on Disney+ very soon.

Frozen 2 is rated PG for water peril, running peril, fire peril, lots of action, Giants!, and a few deaths that you may have to hold some Little’s hands.

Frozen 2 is streaming now on the following services:
Powered by JustWatch