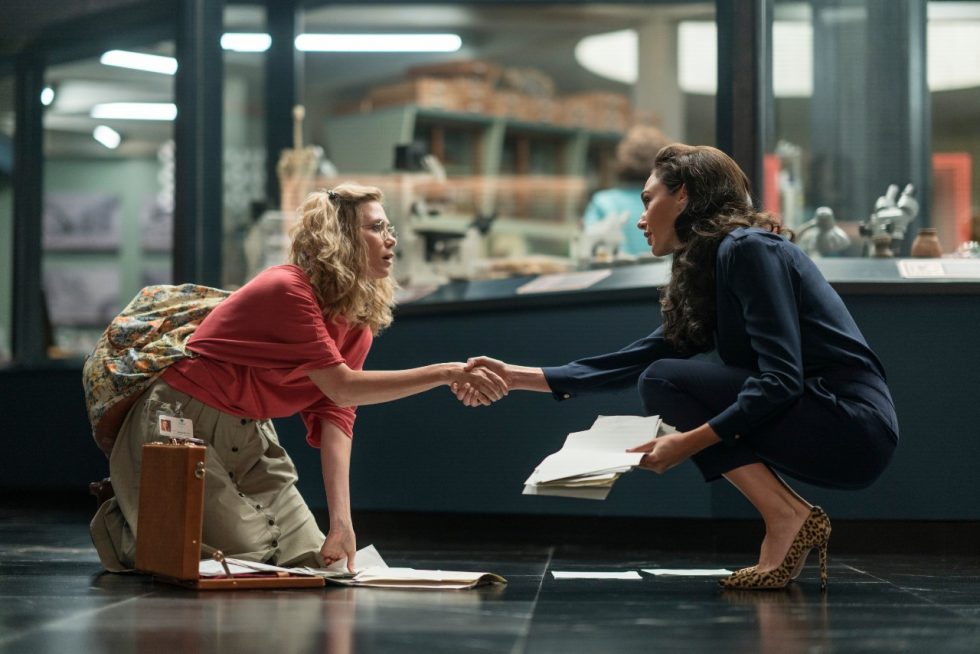 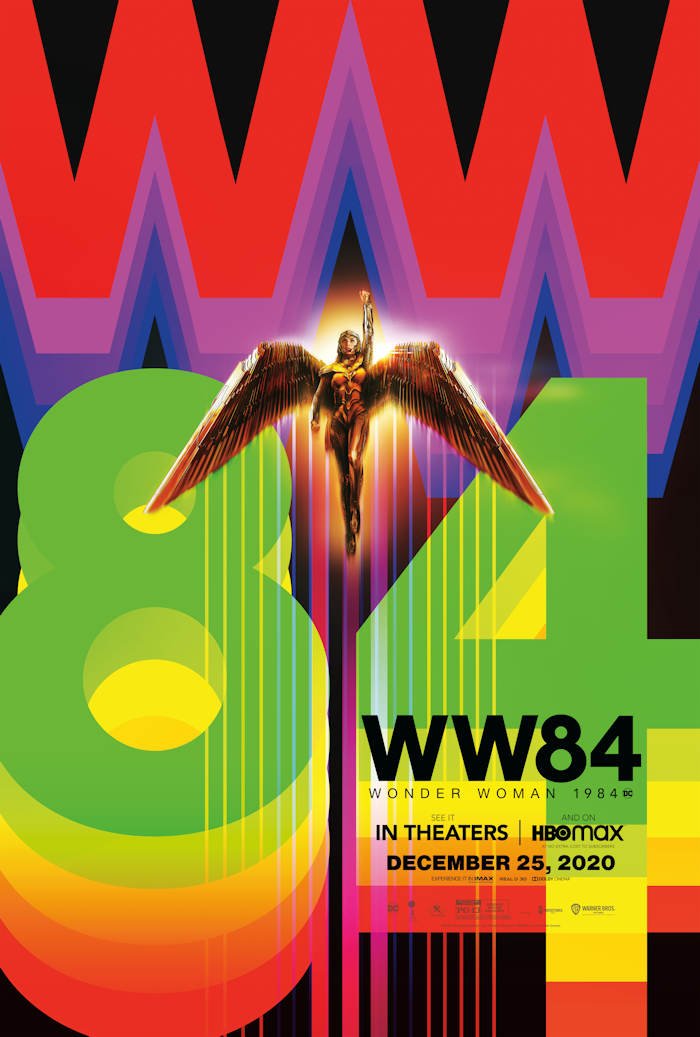 It’s 1984, and Diana Prince (Gal Gadot) is a cultural anthropologist working at the Smithsonian. She has nearly everything – a great job, her timeless looks, a fantastic apartment, and a side hustle as a superhero. It could be perfect, but of course, she’s missing the one great love of her life.

With women, we’re either missing babies or men, amirite?

Max Lord (Pedro Pascal) is a shyster, the pinnacle of a pyramid scheme that is collapsing all around him. He needs to use his charisma to get a hold of the one item (no, not a conscience) that will make him rich and worthy in the eyes of everyone who thinks he’s a failure. Dr. Barbara Minerva (Kristen Wiig) is a milquetoast working as a gemologist and mineralogist and some other -ologies. Through no fault of her own, she has an opportunity to study some stolen gems and antiquities from a mall heist (oh, buckle up, it gets worse), overlapping with Diana’s line of work so they become friends. Among the items being analyzed is the Dreamstone, wrapped in a metal base with ancient writing (sure, it’s Latin). The Dreamstone grants the bearer a single wish, in sort of Monkey Paw’s fashion, because it takes from you the thing that you consider most precious.

Diana inadvertently makes a wish, and so does Barbara, but Max alone is deliberate, making the wish that makes the least amount of sense, and in granting wish after wish he becomes – well, you wouldn’t want to sit through a 150-minute spectacle if I told you.

Anyway, the theme of Wonder Woman 1984 appears to be Greed – greed of the heart and greed of the soul. Allegedly. There’s a lot going on and it’s super loose.

Look kids – let’s be grateful they didn’t hold Wonder Woman 1984  for another winter. It’s not great. Entertaining, sure. Funny in parts, of course. But it’s a lot of something and too much of everything else. There is a lot of flash and Golden Lasso, and a lot of shots of Wonder Woman’s (never actually called Wonder Woman) impractical boots, but not enough of a reason to show either, other than dropped in fight scenes. There’s a lot of 80’s branding, iconography, but not enough of a reason to set this in 1984 – why not 1994, or 2 years ago? We could say it’s the Cold War, or the oil crisis, or the unrest in the Middle East, but it’s 2020, and nothin of those conflicts are exclusive to the 80s. Max Lord is too much of an aimless megalomaniac and the wishes he grants seem both literal and abstract leading to inconsistencies that mucks with the continuity of literally everything. No sense in hiding the fact that Steve Trevor is back since he’s in all of the trailers, but his how and its connection to Diana’s draining wish is one of the abstracts. Barbara’s superpowers are quite literal, though not fully realized until the very end. If there was a downside, she never saw it as a detriment, which is an unrealized story hole. Everyone else we never really know, as the things they value or cherish are tangibly fleeting and only contribute to the storyline in larger abstract ways.

A bright spot in Wonder Woman 1984 – Kristin Wiig’s Barbara is the only really authentic character in the whole thing. Dr. Minerva’s turning of the worm from put upon, ignored, and forgotten doctor of several degrees who works at the Smithsonian, to overconfident, violent soulless cat lady who will apparently have to kill small rodents to survive was fun to watch, at least for a while. She was a woman discovering her own power, briefly. She was willing to set aside everything to be the best and most desired. If there is a conclusion to her story, it would have been nice to see it.

So what do we have – you can have the love of your life, but it will slowly kill you. You can love nothing and fully realize your dreams of killing and eating small rodents. You can be the Wishmaster, grating the deepest desires of petty people so you can bleed from your ears. These are understandably terrible choices. You can be powerful, compassionate, and beautiful, or loved, but not all at once, so pick 2. Perhaps it’s an indictment of the morality of the 80s as a whole, but holy Toledo is it heavy-handed.

I really wanted to like Wonder Woman 1984 so much more than I did, but it meandered and hiccupped, and made really odd choices in no particular direction. It was too much story that didn’t focus on the main characters while putting the main characters everywhere doing other stuff. Great fight scenes but nothing cohesive to hold it together. I wanted more story that didn’t involve Diana mooning over Steve and Barbara complaining about how unpretty she was. I wanted a story where the women didn’t chat about men or clothes or beauty or did runway walks.

If there’s one that Wonder Woman 1984 showed us it’s we have a long way to go with storylines about women, regardless of how heroic.

Wonder Woman 1984 (2020) is rated PG-13 for mild swears, smooching, fantasy violence, children in peril gunshot wounds, people punched in the mouth, people slammed into walls, and a complete lack of respect for physics.

Wonder Woman 1984 is streaming now on the following services:
Powered by JustWatch