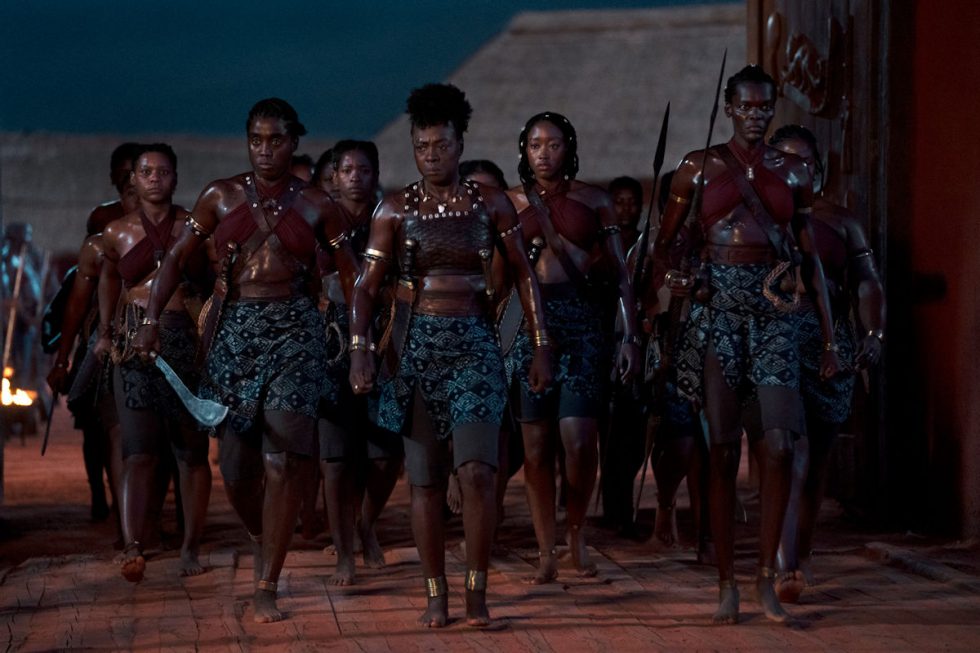 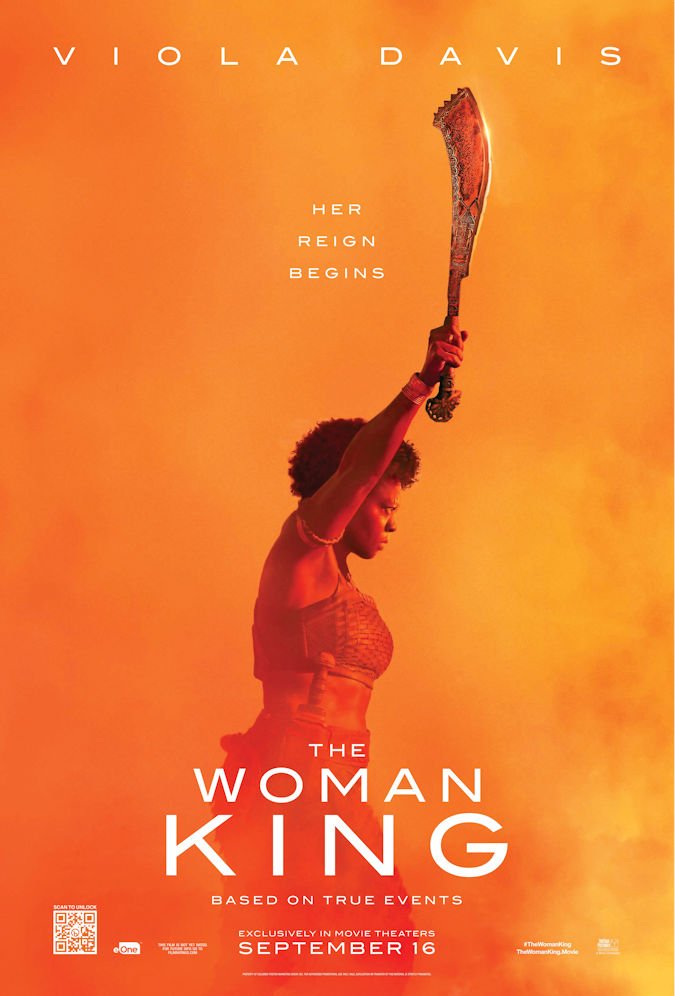 People like to pretend that the warriors of Wakanda, the Dora Milaje, were spun from whole cloth, and that only in an afro-futurist fantasy world would there exist a well-trained, highly skilled force of woman soldiers. They were in fact loosely based what the Europeans called “Dahomy Amazons” (yes, we know there is no Amazon in West Africa) properly known as the Agojie. The Woman King (2022) is a historical epic centered around these fearsome fighters and their General during a time in history when Africans were a commodity to be traded instead of a people to be respected.

Nawi (Thuso Mbedu) would best be described by her father as difficult to control. She refuses to submit to any man for marriage and her attitude leans towards incorrigible. Her father dumps her at the Palace gates, believing either King Ghezo (John Boyega will want her for a wife, or she’ll be put to work as a servant, and either choice keeps her out of his house. Nawi appeals to Izogie (Lashana Lynch), a trusted lieutenant in the fierce Agojie to be allowed to train to be a warrior. General Nanisca (Viola Davis) isn’t so sure Nawi has the internal fortitude to learn how to fight, much less survive. Nawi is stubborn and hard-headed, but she has spirit.

Meanwhile, there is a threat to the Dahomy nation. Rival tribe, the Oyo, is led by the ruthless Oda Ade (Jimmy Odukoya), and the Oyo keep their kingdom flush with horses by joining the Europeans in the slave trade. Nanisca works hard to train this new generation of Agojie Warriors to bring her king and kingdom to a new level of prosperity by eliminating the threat that could destroy them all.

I have no idea what people are expecting when they take their seats and the lights go down, but there is no denying the incredible presence of the principal actors as they train, fight, argue, and persevere. Viola Davis’s Nanisca, proudly bearing the scars of war and abuse, wears her pride and her fighting skills like a mantle. She walks on-screen and you want to avert your eyes. Lashana Lynch’s Izogie is both big sister and trusted mentor with her own trauma scars to bear. Each of the Agojie warriors, whether born of the Dahomy or adopted in through capture or abandonment, has their own reasons to fight. Ode (Adrienne Warren) a captured prisoner later recruited into the Agojie says she chooses to stay and fight, even though the Dahomy isn’t her original tribe, because for once she’d like to not be the prey. It’s a very relatable moment.

Watching this in a theater of invited community groups, you could feel the tide of approval and acceptance of the warriors’ victories and how completely unimpressed they were with Santo Ferreira (Hero Fiennes Tiffin), a handsome Portuguese soldier whose mother was taken from Dahomy and sold as a slave. Now an officer, he is torn between his loyalty to his adopted nation and his ancestral home. The Aunties in the audience did not approve of him at all.

The choreography in The Woman King is brutal and spectacular, with spears, ropes, spears attached to ropes – this is not some green team of recruits firing assault rifles at faraway targets. Intimate hand-to-hand combat is presented, showing the brutality the warriors faced often and the losses they had to reconcile. This isn’t a movie banking on the violence to sell it, but it’s also not for the faint of heart.

The Woman King is streaming now on the following services:
Powered by JustWatch