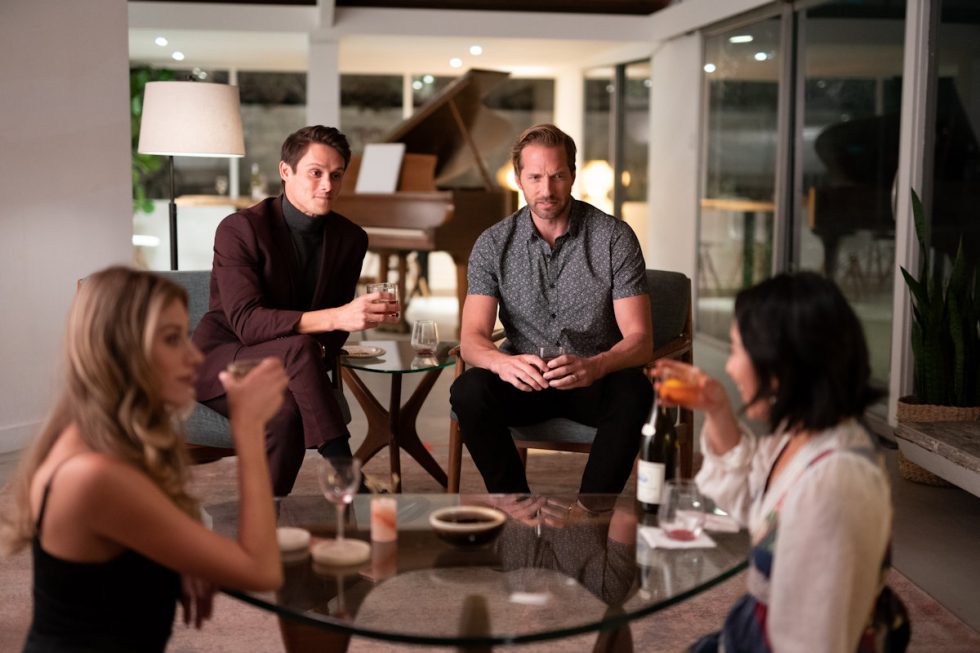 Who Invited Them Movie Review

Who Invited Them Movie Review Metadata

Who Invited Them Movie Poster 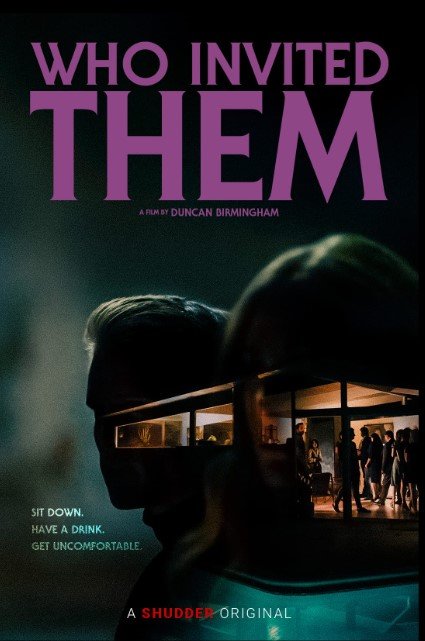 Who Invited Them Movie Metadata

Who Invited Them External Links

Who Invited Them Movie Trailer

Who Invited Them Movie Tickets

Adam (Ryan Hansen) and Margo (Melissa Tang) host a housewarming party in Who Invited Them (2022). To celebrate their new move and show off the Hollywood Hills home they bought for a steal, they invite everyone that can think to share in their good fortune. The party wraps early with clearly uncomfortable guests, and everyone files out except for Sasha (Perry Mattfield) and Tom (Timothy Grandaeros), who introduce themselves as their neighbors. After apologies and introductions, they stick around long after what’s acceptable for a few more drinks and dancing and shenanigans.

Unsure of how to get rid of them, and not wanting to appear lame in front of such a stylish couple, Adam and Margo allow the evening to continue. Secrets about themselves and the house pour out during an afterparty of booze and recreational drugs, creating a tense atmosphere of awkward jokes centered squarely around a mousy couple who try too hard to be liked, and not nearly hard enough to assert some sort of dominion over their own new home.

The cast is solid enough, with milquetoasts Ryan and Melissa against socially aggressive Perry and Timothy, but it’s not enough to save a film where no one wants to get dirty. It feels like a student piece centered on dialogue and story progression, and while it works on the dialogue front, there isn’t much of a story to move forward. Who Invited Them is naturally funny with an easy setup and jokes that don’t sound scripted, but what it isn’t is a horror movie. It’s a Comedy Central invasion movie in search of a Screambox budget. What it really needs is an original idea that doesn’t feel like someone cut all of the best parts of You’re Next (2011) and Meet The Blacks (2016) and presented what was left during a summer-stock comedy workshop.

There is a lot of nothing happening for the first 40 minutes, just inappropriate conversations and recurring nightmares from the couple’s son Dylan (Kalo Moss), which don’t even add a spooky supernatural slice of creepy kid action. If you haven’t figured out Tom and Sasha’s secret and it makes the remaining frames drag for 70 minutes, you’re a better sport than I am. Who Invited Them could be a solid thriller, even with the quite predictable turns and, let’s come out and say it, the tepid social climbers, Adam and Margo.

The abrupt ambiguous ending doesn’t do it any favors, either.

Who Invited Them wants to bring the dark humor and genuine thrills of Game Night (2018), but there isn’t enough of story or action, and the 81-minute length feels even longer with the absence of both. No one wants to be talked to death, and no one wants to wait nearly 60 out of 80 minutes for something to happen that isn’t people being socially awkward.

Gosh, I hope not.

Who Invited Them may have worked better as a 40-minute short film, tighter with the gab slashed away, and a little more running and screaming could have made this a movie that was fun to watch. If it’s possible to ghost a streaming horror movie, give this one your best shot.

Who Invited Them (2022) is unrated and streaming exclusively on Shudder. I’ll call it PG-13 for its horror-lite presentation of cut throats, suffocations, blood pooling under doors, people getting stabbed, use of nose candy and copious amounts of social lubrication.

Who Invited Them is streaming now on the following services:
Powered by JustWatch