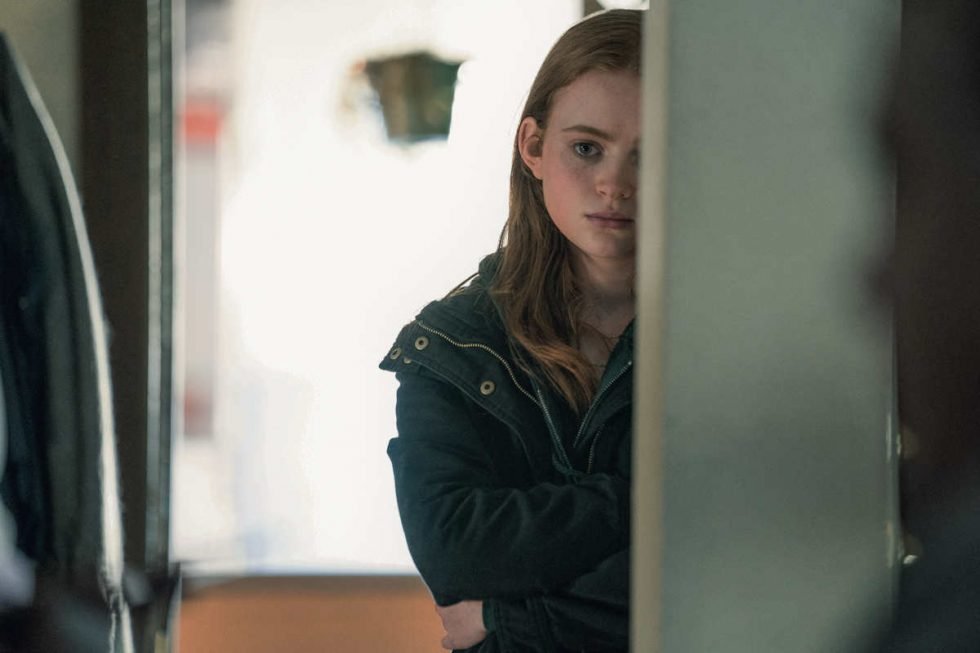 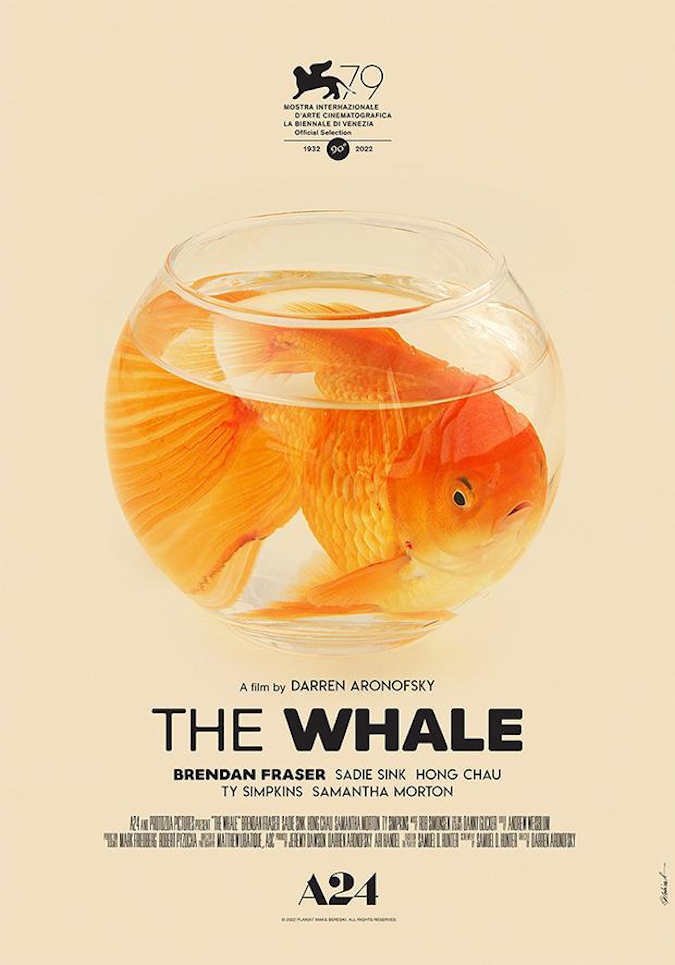 Set aside what people think they know about Darren Aronofsky’s The Whale (2022), and let’s appreciate that Brendan Fraser is back on the big screen. Hold that light in your head, because the ride this movie takes you on is rough and full of teeth.

No one cares that you hate the poster.

Charlie (Brendan Fraser) is a recluse. He teaches university-level English composition online, never leaves his apartment, and is killing himself with food. It is an understatement to say that Charlie is not a small man, and his weight is so debilitating, without the help of a walker, he doesn’t leave the couch. He uses apologies to punctuate his sentences, and his shame – for his condition, for his life choices, for the shambles of his life – are reflected in his complete unwillingness to do anything constructive about it. Which is a shame, because Charlie is warm and witty and charming, and you can see how he made at least two people fall in love with him. His size and isolation are his self-inflicted reward for the hurt he feels he’s caused others, and the consequences are now pacing him breath for breath.

During a medical emergency, his life is accidentally saved or at least given a brief reprieve by a traveling missionary, Thomas (Ty Simpkins) who feels driven to make Charlie his pet project to bring to God. Charlie’s best friend, nursemaid, and ultimate enabler, Liz (Hong Chau) spends a lot of time simultaneously turning a blind eye to his condition, while also pushing him to seek medical attention. She cleans, she straightens, and she keeps him company, knowing that their time left together can be counted in days.

Charlie also seeks to reconcile with his teenage daughter, Ellie (Sadie Sink) whom he left with his ex-wife eight years ago for the blush and comfort of another’s arms, and to this day she has not forgiven him. Ellie is full of rage for the lost time, and she takes it out on everyone around her. Her social media is dark, she’s failing school, and she hates everyone. Her words are unapologetically cutting. She stomps around, sulking and uncooperative but Charlie still wants a relationship with her. He smiles for only her and encourages her to be her best self, even when she can’t be bothered to show that side to him.

The Whale is tension and self-loathing magnified. It is a story of addictions and enabling, of unresolved rage and trauma. It is never not raining or oppressively overcast, reflective of the characters and the minefield they pick through with every visit. The Whale is a very difficult watch. There are no sympathetic characters, not really. Charlie’s avoidance of the inevitable, Liz and her constant supply of meatball subs, Ellie’s wrath which feels wholly self-centered and childish and wildly misdirected. Everyone takes their emotions out on Charlie, who can only absorb it all, apologizing the entire time, feeling as if one single act of love caused irreparable harm to so many people and he’s earned their words.

The powerful performances of both Sadie Sink and Brendan Fraser will likely garner Oscar nods. Whether you consider the ending happy or sad depends entirely on how you expected it to end. Regardless, The Whale leaves you feeling emotionally wrung out.

Based on the 2012 stage play by Samuel D. Hunter, The Whale is blocked very much for stage. Its single setting of Charlie’s apartment and 90% of that his couch in the living room leaves the movie feeling close and claustrophobic. His range of motion and line of sight lives only as far as he can turn his head – the front door, the kitchen, the bathroom, his bedroom. His entire existence is within 500 square feet, and he can’t get to any of it without considerable assistance.

Never mind the criticism that The Whale mocks fat people or that a large actor would’ve been better suited (pardon the pun) for this role. That level of animosity aimed at this film reeks of a faux outrage and manufacturing a stilted conversation in an echo chamber solely for clicks. It’s disingenuous and almost like those people are angry at a film that made them confront their own fatphobic feelings. That’s not Aronofsky’s fault, but they bleed as much ink as necessary to get out the icky emotions.

Meanwhile, look for The Whale on a number of Best Of lists very soon.

The Whale is streaming now on the following services:
Powered by JustWatch