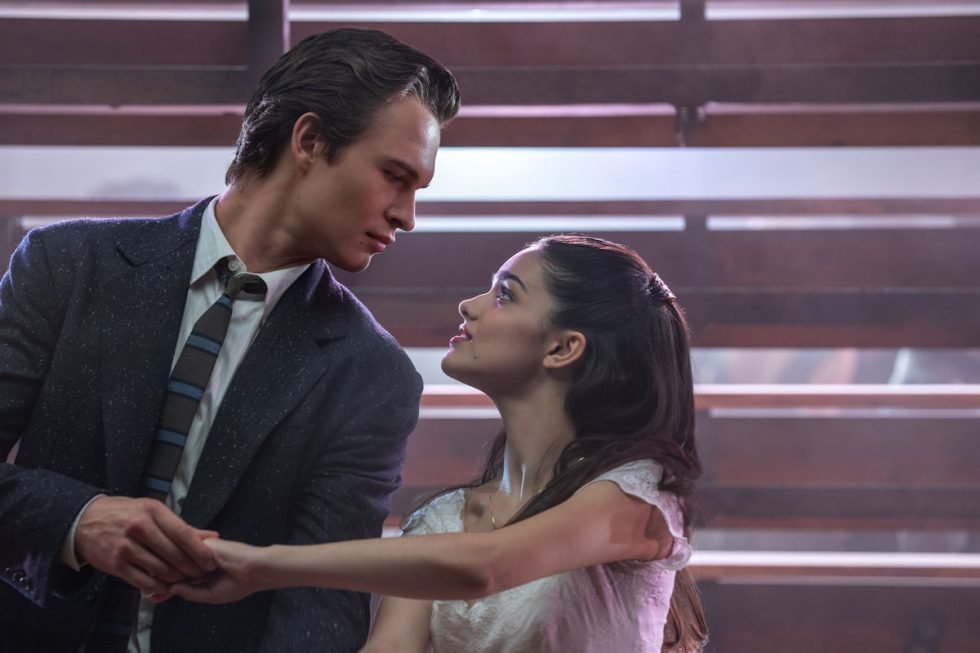 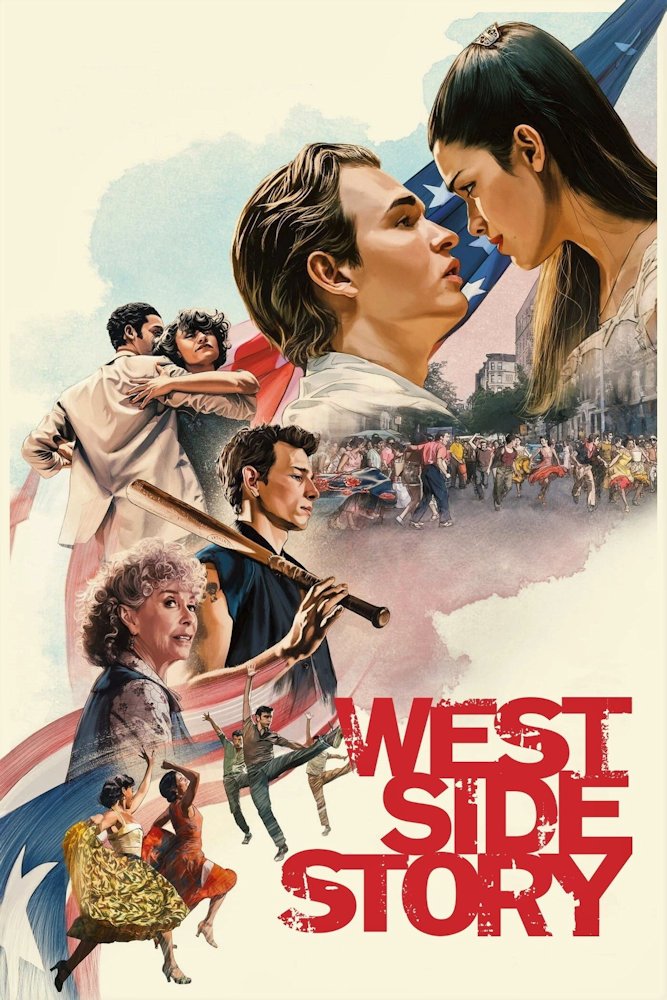 If there is one thing that can be said about Stephen Spielberg’s 2021 remake of West Side Story, it is that he didn’t tinker much with the original. That’s not necessarily a good thing.

In this 2021 version of the 1961 film adaptation of the 1957 Broadway musical retelling of Romeo and Juliet, West Side Story focuses on two crazy mixed-up kids from opposite sides of the neighborhood, caught in the middle of rival street gangs battling for dominance during the gentrification and revitalization of an Upper West Side community in Manhattan. The Sharks (White) and the Jets (Puerto Rican) are forced into uncomfortable confrontations as those who can’t (or won’t) leave are forced into smaller and smaller meeting spaces. Recently released from jail, former Jet Tony (Ansel Elgort) is done with gang life. Given a job in exchange for promises to work hard and stay out of trouble, Tony is just looking to keep his nose clean. On the other side of the street, Maria (Rachel Zegler) lives with her Shark brother Bernardo (David Alvarez) and his girlfriend, Anita (Ariana DeBose). Tony and Maria meet at a dance and it’s supposed to be love at first sight, but you wouldn’t know it from anyone’s reactions. After a song on a fire escape, they decide they should be together forever. When I first saw it in 1987, 15-year-old me thought Natalie Wood and Richard Beymer hooking up was the most romantic thing in the world, but 2021-me is like, “Hold on, Missy, you don’t even know this guy.”

Meanwhile the Jets, led by Riff (Mike Faist) are really polishing their future ex-con images by deciding there needs to be a rumble to decide neighborhood dominance. By the way, this neighborhood is set for demolition, so the battle seems like a lot of posturing for nothing. There are fights, stabbings, a song and dance in the police station, shootings – and happy endings are in short supply. Calling it depressing would be kind.

Calling this worth watching would be kinder. We don’t even get that Spielbergian magic with fireworks or spaceships or melting Nazis. 2021’s West Side Story is trying to catch lightning in a bottle with wet cardboard and a plastic straw.

I struggled to see the point to remaking West Side Story when there is no discernable thematic difference between 2021 and 1961. West Side Story is one of my favorite musicals, but this version with a fresh cast and actual Latinx in the roles of the Puerto Rican community felt shallow, and in some scenes, downright hollow. Despite the cold technical exuberance of numbers like “Dance at the Gym” and “America,” there is absolutely no chemistry between Maria and Tony, Maria and Anita, Tony and Riff, or Tony and anyone. Sure, they can sing, I guess, but everything lacks feeling and is ultimately empty. West Side Story should feel passionate and exciting, not like assigned remedial “Intro to Movement” course. When we are offered true emotional connection as in the death of one of the characters (I’m keeping this spoiler-free despite the original being over 60 years old), the resignation of one character giving way to the optimistic, yet near psychopathic, resolution of the other character was jarring. Not even Rita Moreno could save this.

Look. There is a high school somewhere in America planning a production of West Side Story for their Spring recital, and I guarantee you that those kids will put their souls into their production and they won’t have an Amblin budget. That’s the sort of heart West Side Story needs.

West Side Story is streaming now on the following services:
Powered by JustWatch