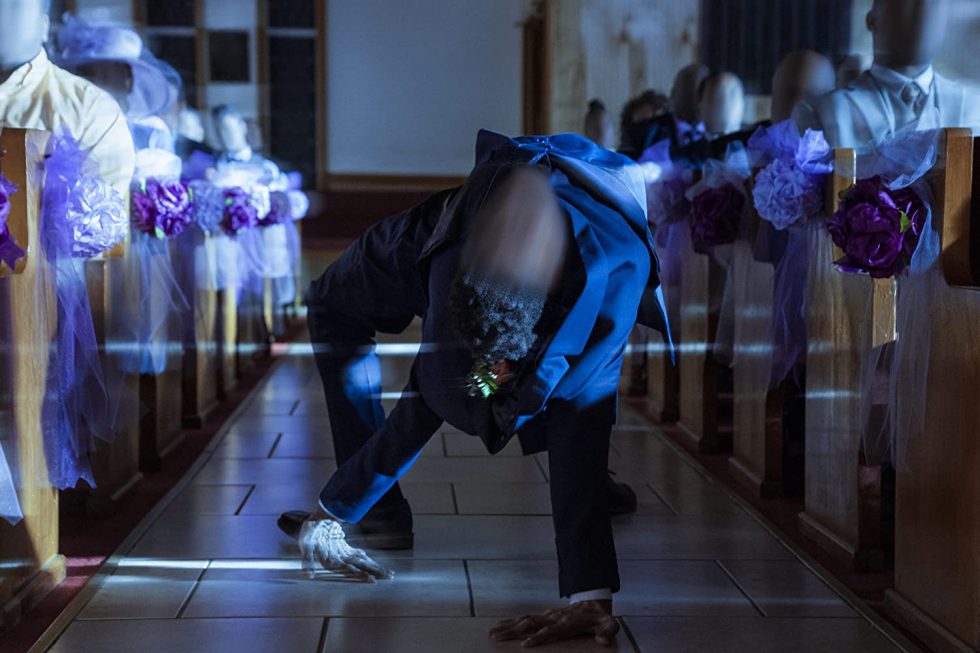 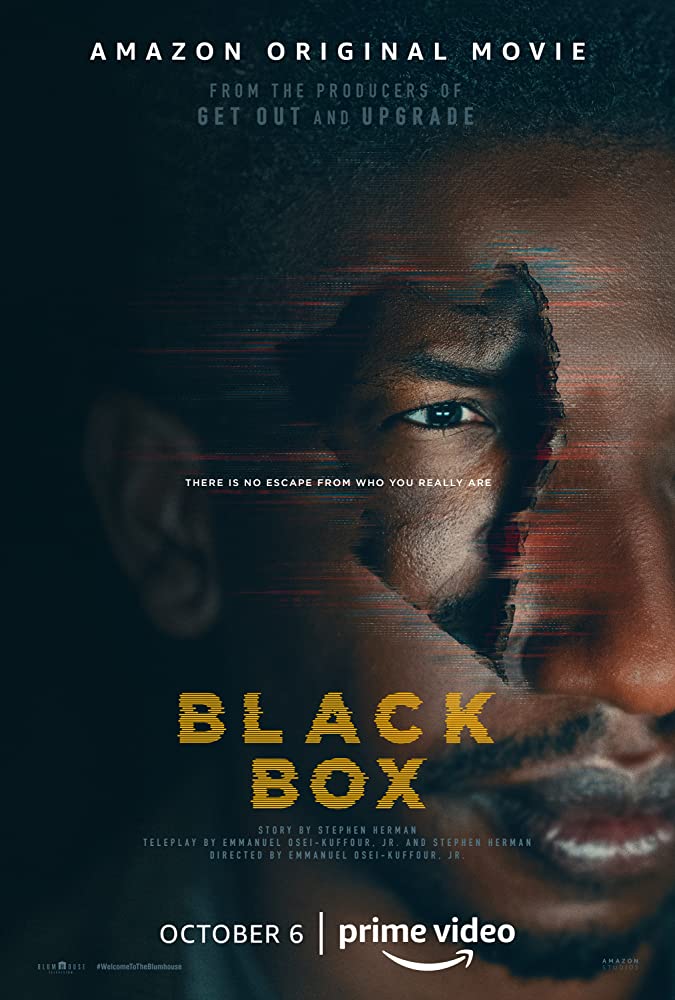 As part of the opening volley of Amazon Prime’s exclusive “Welcome to the Blumhouse”, Jason Blum’s sincere attempt to bring underheard and undiscovered voices to the mainstream, Black Box (2020) attempts to ask, how much of us is really us, and would we know if it wasn’t?

Black Box tells the story of Nolan (Mamoudou Athie), a recently widowed father who battling crippling memory loss as a result of a car accident that killed his wife. He’s trying to pull his life together, looking for work and gluing the broken pieces with sheer will and desperation. He has the love and support of his young daughter, Ava (Amada Christine) who has been forced to grow up faster than should be allowed. She makes dinner, plans meals, gets him ready and dressed – it’s a herculean feat for someone so small. After a few public incidents where he’s afraid he could lose his daughter because he can’t care for her, Nolan agrees to undergo experimental treatments with Doctor Brooks (Phylicia Rashad) to get his memory back. She uses a combination of hypnosis, proprietary programming, and a VR headset to help Nolan navigate his broken psyche and face whatever dangers lie inside.

As simplistic as the premise, with limited sets and a small cast, Black Box succeeds in creating a terrifying mindscape full of self-doubt, and resilience. Nolan mentally tabs among three specific memories, except due to his brain damage, the faces are blurred, a deeply unsettling effect. He wonders if the memories are even his, and idea initially rebuffed by family friend, Dr. Gary (Tosin Morohunfola) as a lingering effect of the accident. He’s also being mentally stalked by something in his brain that is trying to remove him in the most permanent way possible.

Black Box is beautifully shot with tightly shot scenes of you can’t help but feel deliciously claustrophobic. It’s not a perfect film, but it’s a fun puzzle box mystery with jarring transitions between reality and mindscape that rely on mounting tension and intimate drama, not jump scares. Director Emmanuel Osei-Kuffour finds the meaningful in photos on walls and close-ups of hands, and debris on tables. He coaxes strong performances from his actors, even allowing a little scene-chewing from time to time.

Black Box (2020) is part of Amazon Prime’s “Welcome to the Blumhouse” program and is Unrated R, however, if I had to guess, I would say Rated R for swears, people getting punched in the face, violent falls down the stairs, domestic violence, the incredible body contortions of Troy James – seriously, what this man can do with his body is incredible and terrifying.

Black Box is streaming now on the following services:
Powered by JustWatch