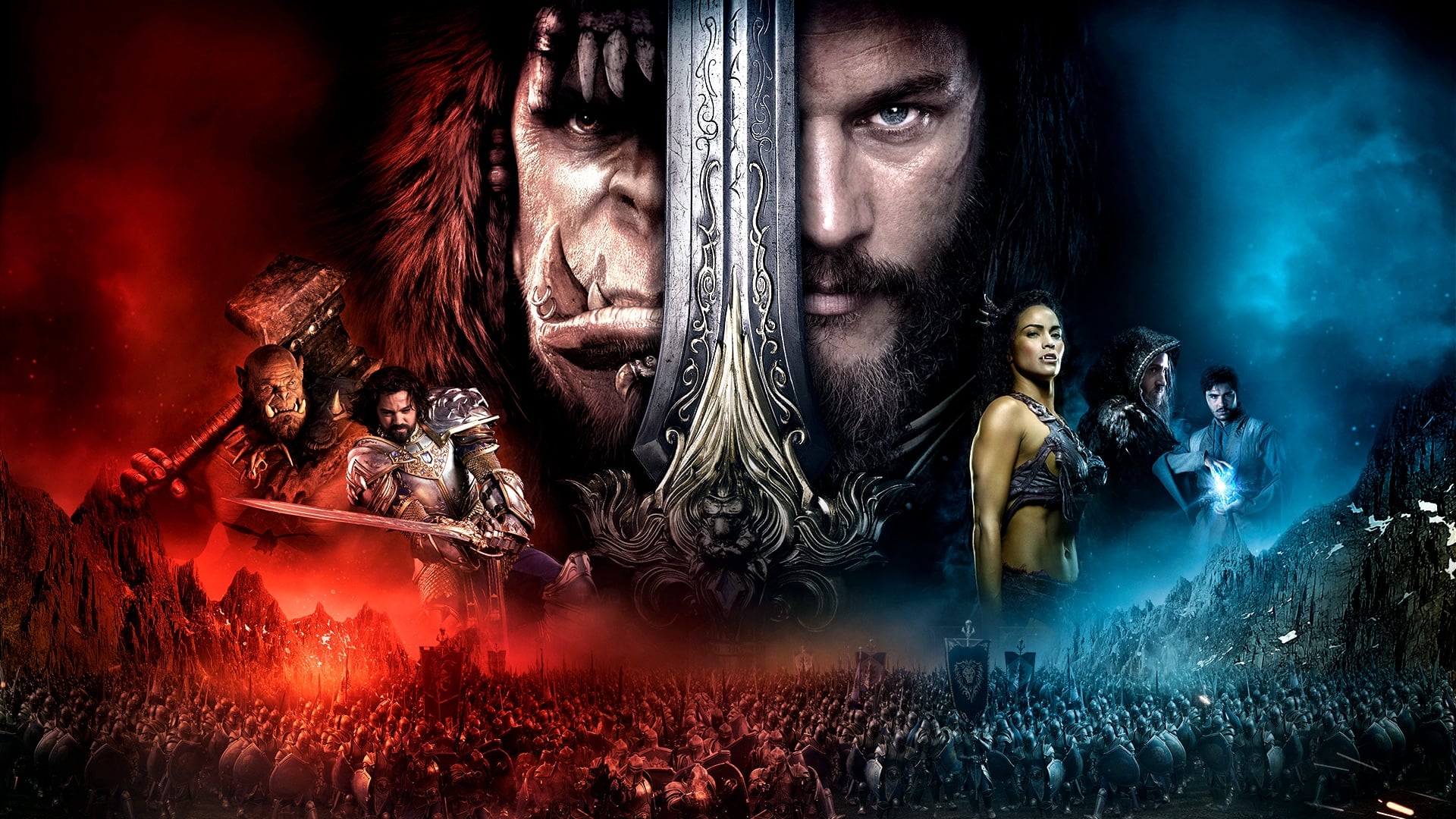 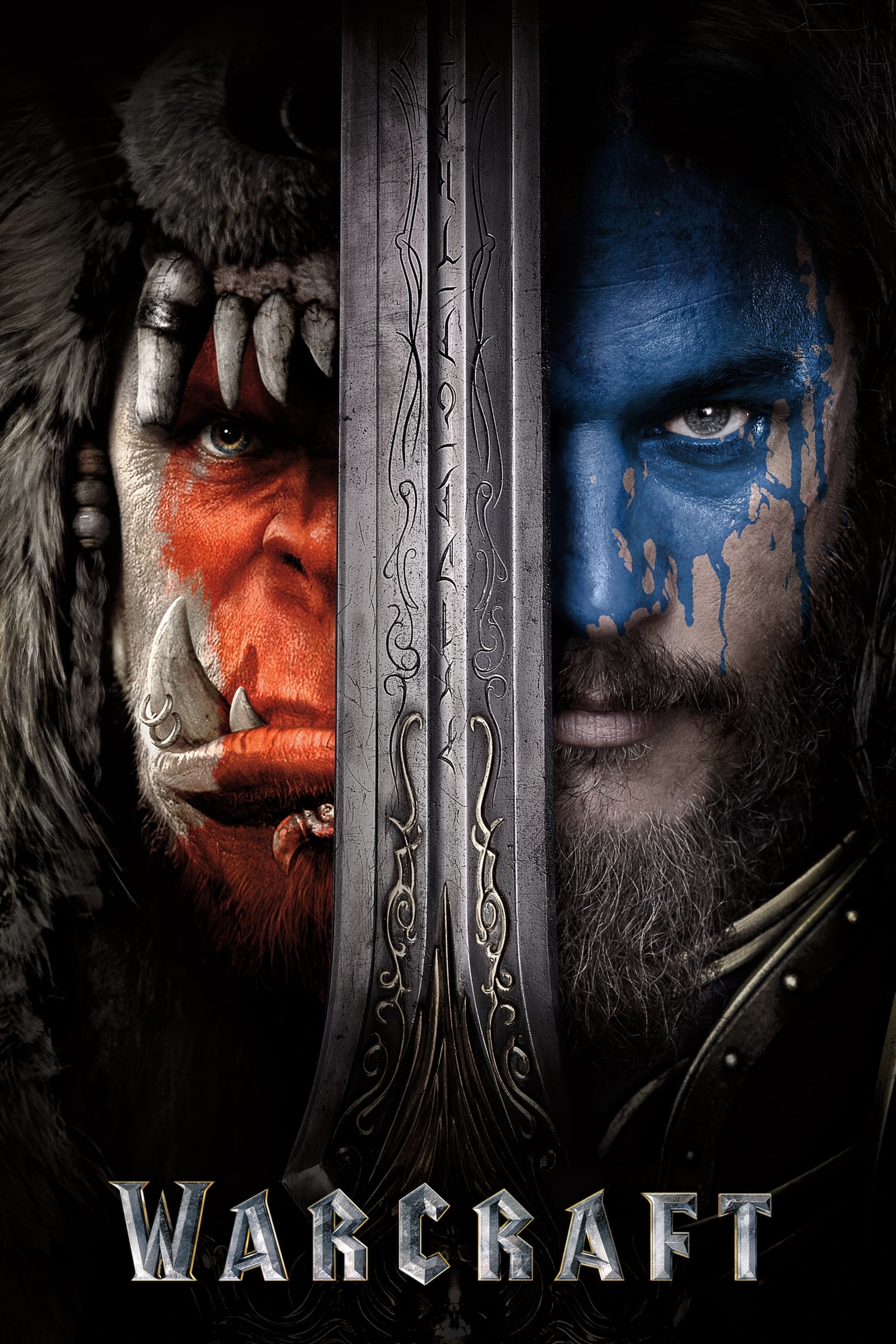 Warcraft is a hoot!

I know nothing about the game. Nothing. Frankly, I still have no desire to pick up sticks and play, but the mythology hinted in this movie –

I shouldn’t have to tell you it’s a high fantasy film based on a very popular video game, but some of you are new here, and I like to be inclusive. Because this is high-fantasy, I’ll be talking about various aspects of that works that don’t make sense unless you’re a fan or very, very interested in enjoying one heck of a movie. The rest of you can move on.

I don’t know where this story falls in the Warcraft mythology, so I’m not even going to pretend like I have any idea. So we’ll start here:

The Orc homeworld, Draenor, is dying and badly so. It is brown and dusty and utterly used up. A twisted sorcerer named Gul’dan (Daniel Wu, Europa Report (2013)) uses a powerful green magic called the Fel to open a portal powered by the life-forces of captured blue people to a beautiful green world called Azeroth. This is a Bad Thing, as all Fel magic feeds off life-force and twists its users into terrifying tusky things. Gul’dan sends a war band – a select group of Chieftains and warriors to go ahead of the mass Orcs to scout, clear a path, and build a new portal to bring the rest of the Orc race through. Along the way they’ll take everyone not an Orc hostage to power the new portal. There is apprehension in the Orc ranks and the size of the sacrifices is troubling, but if Durotan (Toby Kebbell, Fantastic Four (2015)), chieftain of the Frostwolf clan wants to raise his child in a world that won’t choke it to death with dust, any doubt will have to be set aside.

Can I break in and say, this is some of the most incredible super-involved live-action/CGI I have ever seen? You could almost smell the sweat of brute strength on the Orcs, you knew that if you touched their skin, it would feel like aged leather. The air in the camps would crackle with the barely contained energy of warriors and fighters. The sheer scope and talent required to bring a movie like this to life is mind-blowing! Okay, back to the story.

Meanwhile among the non-Orc strongholds on Azeroth, they know something is coming. Villages are being decimated and people are being rounded up. Khadgar (Ben Schnetzer, The Book Thief (2013)) the pariah mage who is clumsy in the face of strong confident men, must convince Lothar (Travis Fimmel, Vikings) and the king Llane Wrynn (Dominic Cooper, Agent Carter) to consult with Medivh (Ben Foster, Pandorum (2009)), Guardian mage of Stormwind, because Medivh alone can explain what is happening and maybe figure out how to stop it.

There’s an Orc/Draenei slave named Garona (Paula Patton, Mission: Impossible – Ghost Protocol (2011)) who manages to secure her freedom and the trust of Lothar, all while trying a little too hard to be tough and growly. Tough-talking slaves rarely carry weight, and I hope that was the point, because lots of her threats felt empty (and a little sad). Her story runs parallel with Khadgar’s rise from apprentice drop out to powerful mage.

Look, I could tell you plot points and they would mean nothing without the crazy hand gestures and wild eyes that usually accompany my storytelling. There’s so much going on, someone like me who knows nothing about this world can easily fall into the story and fall in love with all of it. Azeroth and Draenor are populated with beings who want what’s best for their clans, so while the natural inclination is to side with the humans, there is only one true evil and that’s the Fel Magic and the seductive power it promises. People doing the hard thing because it’s the right thing, and watching everything they love perish for the greater good almost always makes for a compelling story, and Warcraft deals it in spades.

And maybe I’m getting it all wrong because I don’t play the game. But I don’t care. I had such a great time watching.

This is a multi-layered hero’s journey – Durotan, Lothar, Khadgar, Garona – and while you may figure out who’s behind all of it, it doesn’t the stop the action from being intense, the magic from being incredible, and the entire world of Azeroth from being as real as the street where you live.

When people ask me about Warcraft, I’ve said the same as I’m telling you – it was amazing and I’d enjoy seeing it again. I’m completely enamored with the mythology. I’m not inclined to start playing, but I’m hopeful there are more movies to follow.

My screening was in IMAX 3D (we know how I feel about 3D movies) and it was actually a detriment. This was my first IMAX 3D experience, and unfortunately the movie for me was never completely in focus. I was constantly turning my head to follow characters and action. I don’t recall having that issue with other 3D movies and I could really feel it in my neck the next day.

Warcraft is rated PG-13 for “intense fantasy violence” and if Orc blood gets your stomach churning, or life-force sucking makes you queasy, this is definitely not your movie.

For everyone else – Hobbit and Potter fans, action-adventure fans, fans of people who like lots of rooms full of books – this is a movie worth seeing and probably more than once.

This is the kick-off of the summer movies, and Universal Pictures has officially thrown down the gauntlet.

Warcraft is streaming now on the following services:
Powered by JustWatch