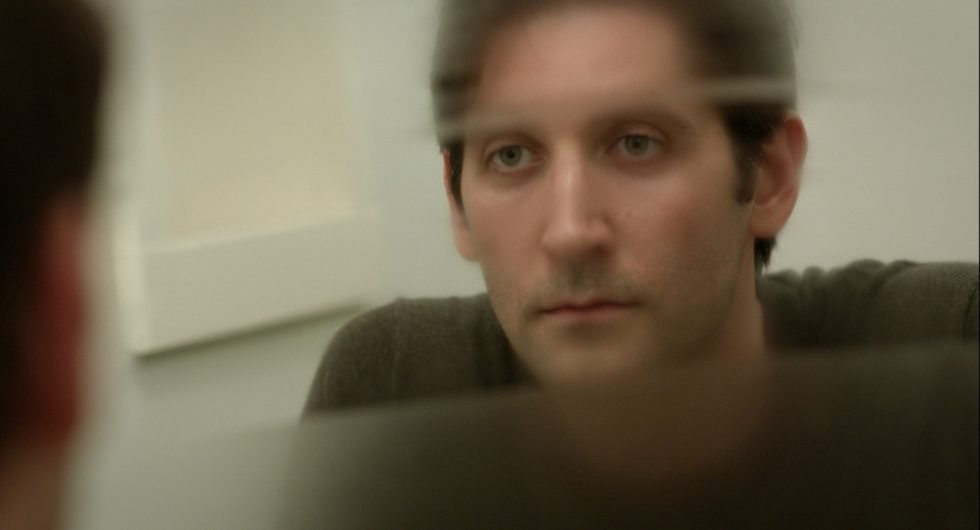 Up On The Glass Movie Review

Up On The Glass Movie Review Metadata

Up On The Glass Movie Poster 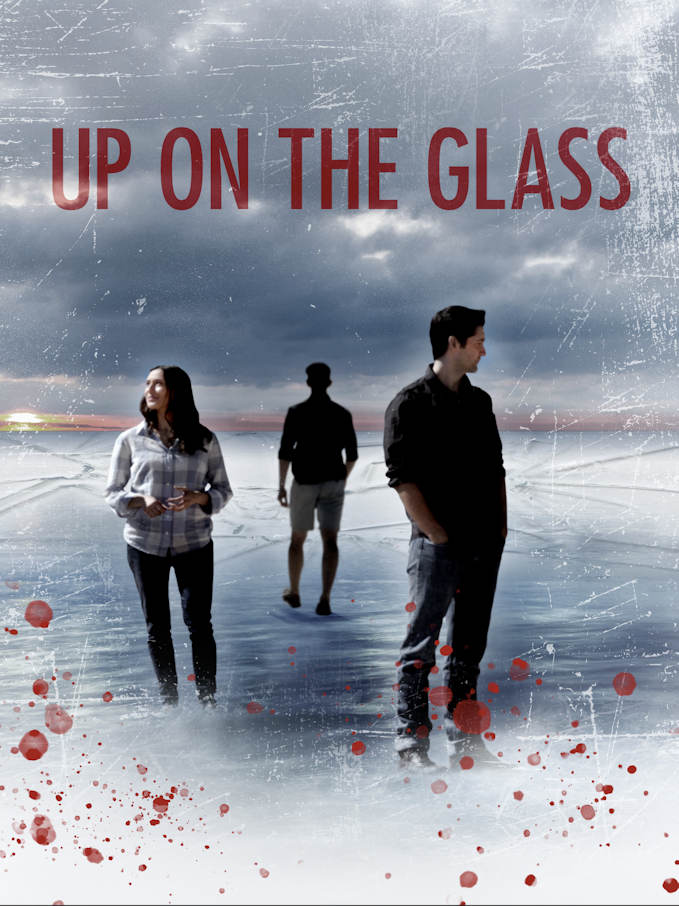 Up On The Glass Movie Metadata

Up On The Glass

Up On The Glass External Links

Up On The Glass Movie Trailer

Up On The Glass Movie Tickets

Up On The Glass (2020) is the kind of slow-burn thriller you forget is a thriller because the flame went out and the embers are cold and you got up to refresh your drink and never went back to your seat.

Jack (Chase Fein) lives in his truck and shaves with a disposable razor and well water from a Dixie Cup. Apparently, on a break from his listless wanderings bemoaning how Life never gave him anything, he’s spending the weekend with his friends, Andy (Hunter Cross) and Moze (Steve Holm), in Andy’s fancy lake house where they did stuff during their wild college days. They walk around Lake Michigan, drink a bunch, argue, and “bond”. It takes about 45 minutes for anything significant to happen that’s not drinking, picking up townies, and lying to spouses. It’s not much of a thriller up to this point.

When Jack makes an impulsive mistake, he does a terrible job of covering it up and looks guilty for the rest of the film. When this happens you find yourself saying, “gawd, finally!” and then you check your watch because there are another FORTY MINUTES left, and you’re just waiting for it to end.

Jack is handy and good looking, and kind of shy. Jack is really smart and we know this because literally everyone tells him. Jack is everything Andy claims he wishes he was – because Andy mentions it a lot.  Like, “a lot” a lot. In fact, there’s so much complimenting of Jack when anything “bad” actually happens, it’s out of character for the “smart guy.” Meanwhile, Andy has the house, the land, the girl, the career – but you know, he just isn’t Jack. That seems to be a reflective sticking point for the male characters. Why can’t they just be as cool as broody, aimless, hipster-poor Jack?

Wait – why are we supposed to care? Let me give you a snippet of the production notes:

“The main character in UP ON THE GLASS, Jack, has tried to rise in America but it has not worked out as he’s hoped. Subsequently, he feels lost, distanced from his peers, and from the elite institutions that allowed him entry but have not enabled him to climb in them accordingly. Characters like Jack deserve a voice because he embodies so many who have strived but been left behind. For Jack, the pressure he feels due to his class situation and the lack of trust he has in institutions leads to devastating consequences.”

Okay, a few things – Jack doesn’t need a voice. He apparently expected to be handed a bunch of Life’s treasures because he rubbed some elbows and got an expensive education. Everyone around him managed to do great things, but Jack likes in a truck and washes in random bathrooms – because reasons. He’s also managed to live like a bum in Northern Michigan, so you can see how rough he has it. How awful it must be to be so smart and be so damn lazy.

The word owes Jack Big Things so he talks down to everyone around him. When things go south over a contrived argument Jack over thinks literally everything. Former girlfriend of Jack now wife to Andy arrives, making things awkward and sexually tense. Awkward because Jack is a terrible liar and completely unimaginative, despite drawing nice pictures of Andy’s house. Tense because Jack has clear boundary issues and with the previous build-up, I honestly believed Jack and Andy were going to hook up.

They should have. This movie would have made a lot more sense. I was rooting for them.

While this was billed as a Talented Mr. Ripley (1999)-style thriller, it’s really not. Up On The Glass lacks charm and plot and the machinations of an actual thriller. It’s a character study about the perpetually bored and tragically entitled. If you’re looking for yet another story about unmotivated bros who end up literally at each other’s throats over who suffers from more ennui, it’s fine. As a thriller, you can do better with anything you pick at random with your eyes closed.

Up on the Glass is an obscure (or made up) reference to Lake Michigan, and the rare “glass” that can form on the sand after beach lightning strikes on the beaches of Lake Michigan. Jack finds a piece of this “glass” which frankly looks like a petrified finger and carries it around in his pocket like a useless talisman.  Granted actual fulgurites are brittle and wouldn’t have survived the digging, climbing, running, etc, but maybe I’m picking nits because it was something to focus on. I’m a Metro Detroiter, what do I know of the Great Lakes, amirite?

Up On The Glass (2020) is not rated, and like all indie films on limited budgets, there’s not much to be offended by unless it’s a complete suck of your time. However, it could be rated PG-13 for swears, some off-screen sexy-times, some inappropriate bedroom talk, someone getting smacked in the head with a rock AND DYING, and sadly, that’s it.

Up On The Glass is streaming now on the following services:
Powered by JustWatch