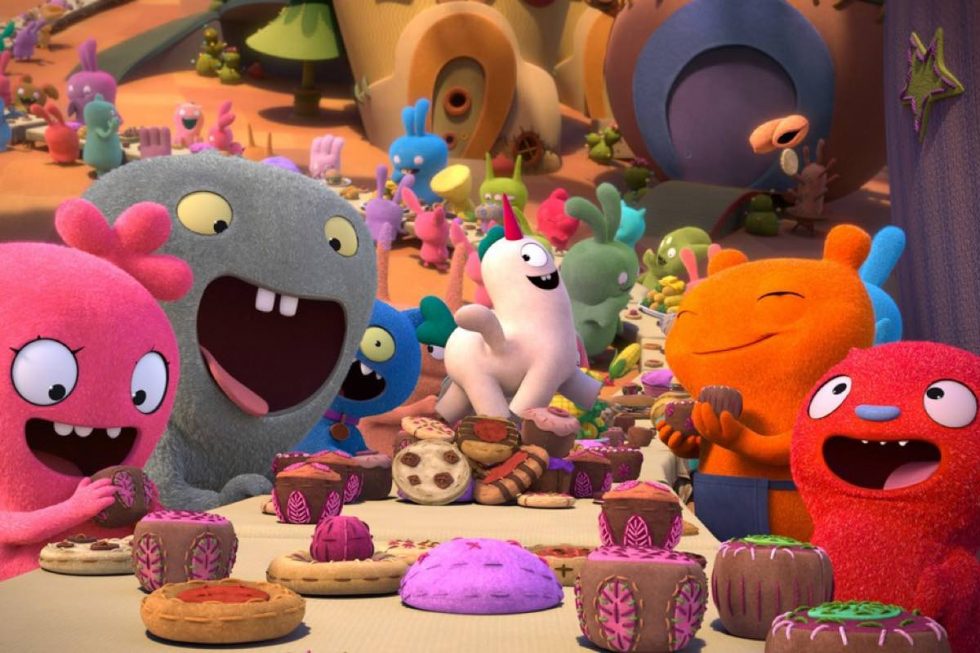 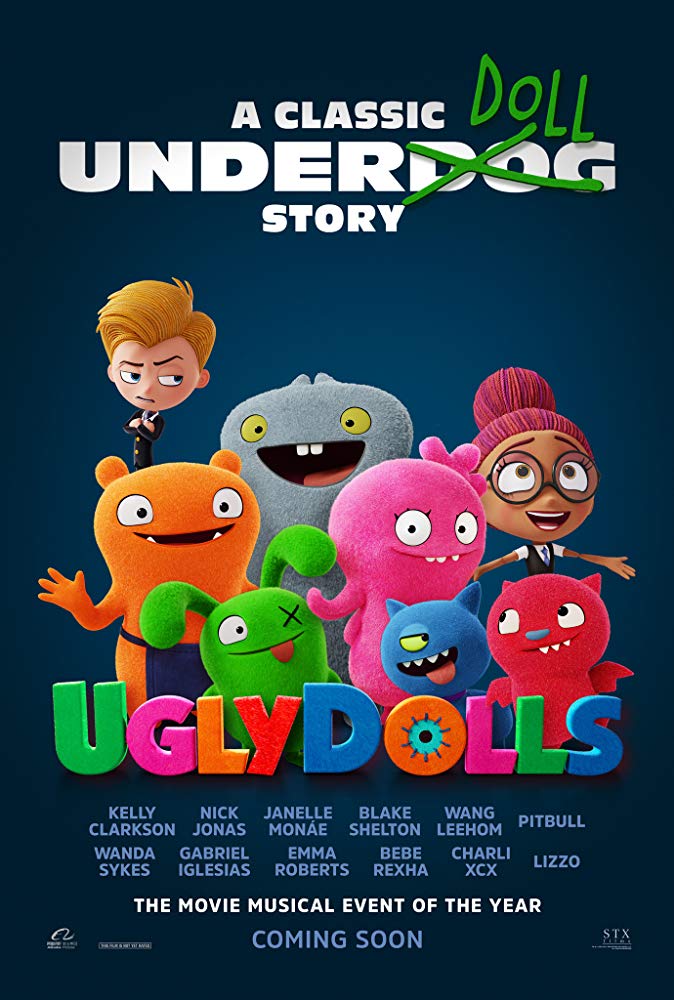 The only redeeming factor in UglyDolls is that it’s relatively short. Unfortunately for the animated feature, that will never be a good enough reason to ever see it. I’ll keep this review short too.

Do you remember that fan theory about The Karate Kid that accused Daniel LaRusso of being the real bully? Basically, the author laid the case that LaRusso was “a violent sociopath who moves to a California town and begins tormenting a local boy and his friends.”

That’s the way I feel about UglyDolls central character Moxy (voiced by Kelly Clarkson) who is so obsessed with leaving her (rather perfect) home to find a human owner, that she tortures the film’s proposed antagonist to his absolute breaking point.

Moxy, with the help of her friends Ugly Dog (Pitbull), Wage (Wanda Sykes), Lucky Bat (Leehom Wang) and Ox (Blake Shelton) wants to leave her world of lovable misfits to fulfill her dream of making a kid happy. They set out on an adventure to a land of “perfect” dolls led by Lou (Nick Jonas). In this place, toy dolls learn to be, well, perfect (i.e. pretty).

Lou is the guide and gatekeeper to the “gauntlet,” a final test of a doll’s worth before moving on to the human world. The determined Moxy makes a mockery of Lou’s world, often destroying various aspects of his home, to accomplish her ultimate goal. Moxy’s compulsive behavior forces Lou to reveal his own faults and results in him being sent to doll “hell” (the washing machine) for eternity.

UglyDolls does a very poor job of getting its point across. The point being that nobody is perfect and we should embrace what makes us different. As far as self-empowerment lessons go, this one is as poorly executed as common core math. My three kids had literally zero idea that’s what this movie was about. Their takeaway was that it was colorful.

UglyDolls is the laziest feature-length animated film ever produced and you should avoid it at all costs.

UglyDolls is streaming now on the following services:
Powered by JustWatch