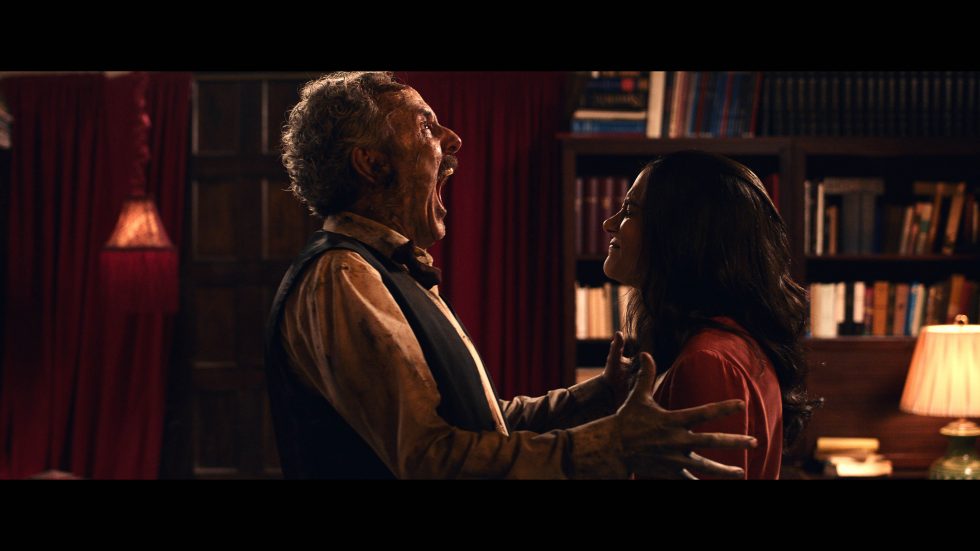 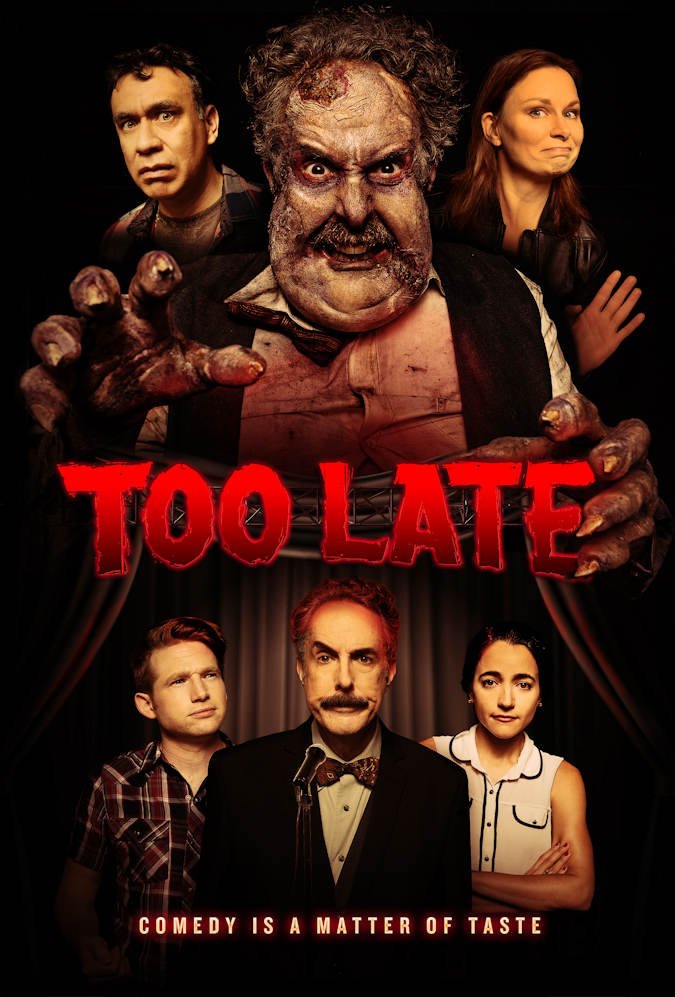 Try to forget that Too Late (2021) feels like a working title attached to a movie about working comedians.

Every night, Violet (Alyssa Limperis) watches her life dead-end in uninspiring and depressing ways. She works as the booker and only assistant to Bob Devore (Ron Lynch), a hard-driving comedian himself, who’s been in the business a long time. He’s seen talent come and go, and he knows what a rough business comedy is. He’s seen it eat up a lot of nobodies, and he’s been responsible for more than a few on his own. Violet for her own reasons has hitched her wagon to his star but instead of living out her dreams, she’s mainly feeding his ambitions, mostly with comedians who. Literally. She meets Jimmy Rhodes (Will Weldon), a dog-walker living in the closet of a friend (no, really) who chases his dream not by hounding showrunners and bookers but by honing his craft and being a decent person. Weird, I know. It leads Violet to wonder if she deserves to chase her own dream, knowing who she works for or if she can make it and be happy.

I never know how to describe indie films because on one hand, they’re pretty twee and wholesome, but on the other hand, their plots are mostly life with a few dramatic conflicts thrown in. You know, like Life. Too Late has a wacky roommate, Belinda (Jenny Zigrino) and a stoner buddy, David (Jack De Sena), and self-sabotaging misunderstandings that keep the story moving. It’s well-acted and in parts funny – not the comedians, but I’m not really a standup comic person.

Fred Armisen plays Fredo who runs the lights at Devore’s club, and that’s it. He’s featured on the cover, but he doesn’t have more than a few minutes of screen time, so if he’s your sole draw, maybe let a friend pay for the VOD. Too Late is billed as a cozy horror-comedy, and as a horror writer myself, I’ll admit to not having any idea what the heck that meant. It means in this case anyway, it’s a comedy with horror elements (mostly blood, an unidentifiable monster, and some peeling faces) but it’s super soft on scares. Like really soft. Like jump scares, which irritate more than frighten. This could just as easily been billed as a “dark comedy” but then people like me wouldn’t have bothered to watch it. It’s cute in a palette cleanser sort of way, and it’s not so self-aware it screams “hipster trying too hard.” It’s a short 80 minutes and it’s paced well, not dwelling on the gore and scares but on the story. It’s a nice change of pace.

Too Late (2021) is unrated, but I’d pin a PG-13 for swears, off-screen sexytimes, a little blood, off-screen murder. This is pretty much all ages horror, and for your high-minded friends who think horror is beneath them, this might be the ticket for an evening’s watch.

Too Late is streaming now on the following services:
Powered by JustWatch