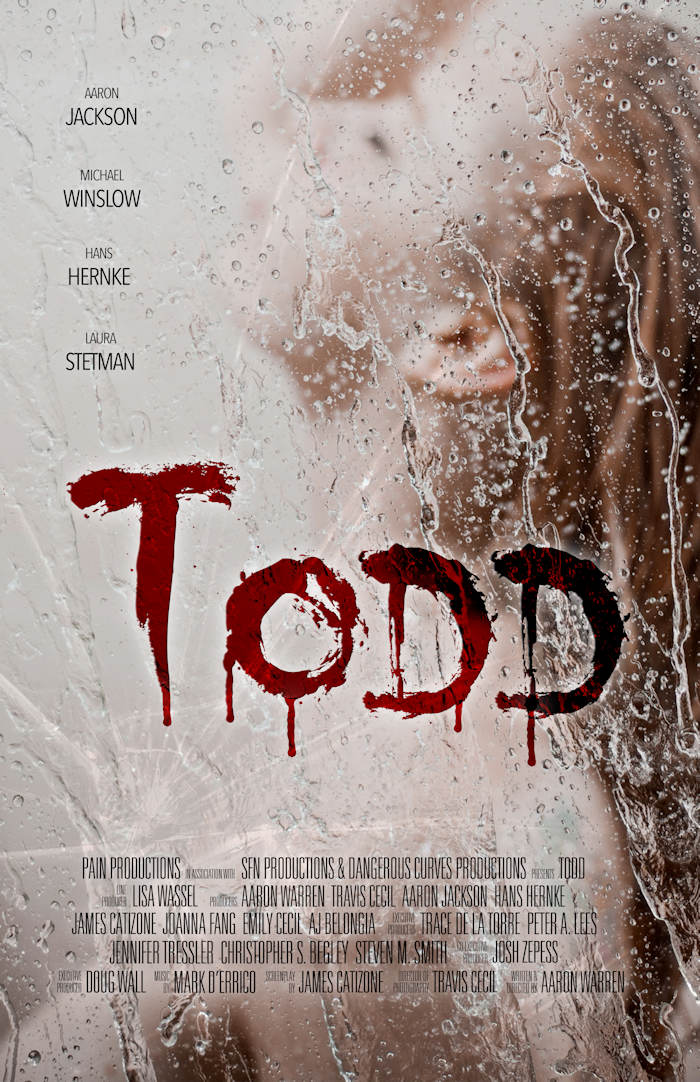 If you’ve never wondered what it was like to be unliked and start killing people, the blissful solitude of your existence has been shattered.

Todd (2021) gives voice to an unlikable man. Sad sack Todd (Hans Hernke) trudges through life believing no one likes him. Given how he talks to people, like the receptionist and Amy (Laura Stetman), a waitress he plows into on the sidewalk, it’s not hard to understand why. It’s even baffling why Amy suddenly takes pity on him and acts nice, but we’ll discuss that later on. Later (or maybe that same night, continuity isn’t very good in this movie) he stalks her. His therapist (Aaron Jackson) is a jerk, but Todd stalks him too. Todd stalks everyone he comes into contact with, with malicious intentions. It becomes the Thing He Does because he has zero character development.

No one knows what Michael Winslow is doing in this movie, even though he gets top billing, but don’t worry, Todd isn’t developed enough to stalk him.

This movie takes forever to get nowhere, and I’m not faulting the actors for having to pretend the material they’re working with is any good. A good actor can elevate lousy material, and to be honest, these were all good actors. There was nothing they could have done. They acted their little hearts out with the material they were given. They set to polishing that turd until it shone from their sweat and tears. I can appreciate the worthy effort, even for a lost cause.

So yeah, the problem is the script and overall direction which is uneven and wholly unnatural. What’s worse, and yes it’s possible, the writers make Todd a sympathetic character after he’s terrorized and traumatized everyone. The women spend a lot of time in this movie apologizing to the men for the garbage things men do, and the men spend a lot of time talking about how angry they are at the women for situations the men have caused. And after the movie pops off its “climactic” ending, the movie continues ANOTHER 15 MINUTES reflecting on how this maniac changed all of their lives for the better.

Fellas, we don’t thank our abusers.

They had a lot to choose from and they went for D – Sort Of All Of Some Of The Above. Todd not a cohesive movie by even the kindest stretch. Todd is not Drama, Mystery, Thriller, and it’s certainly not a horror movie, despite the horror-movie-esque poster art. Todd is a master class in too many cooks and not a single workable idea. I would have rather seen 3 short character studies (with script doctoring and plot work). I didn’t so here we are.

Todd (2021) is unrated but I would rate it PG-13 for swears, brief and pointless sexytimes, implied violence, and random pill taking. It’s also a very painful 91 minutes, so I’ve done all I can.

Todd is streaming now on the following services:
Powered by JustWatch