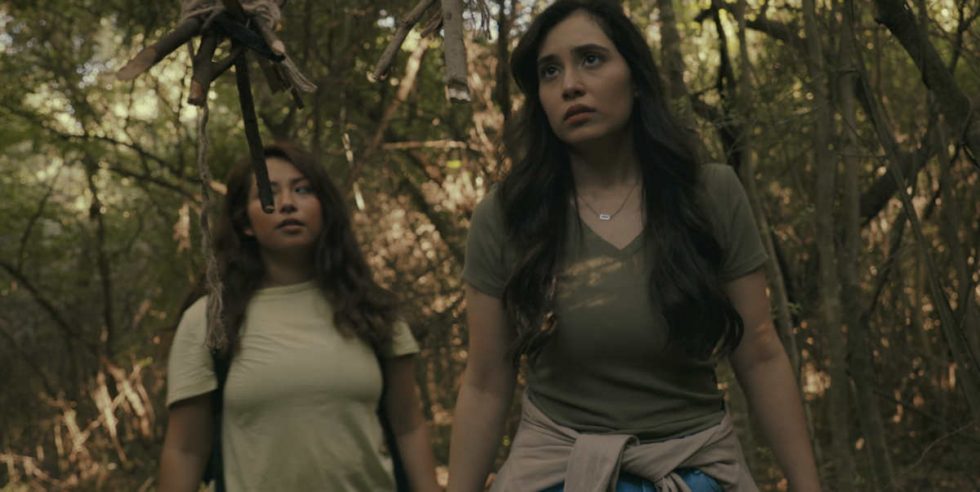 Those Who Call Movie Review

Those Who Call Movie Review Metadata

Those Who Call Movie Poster 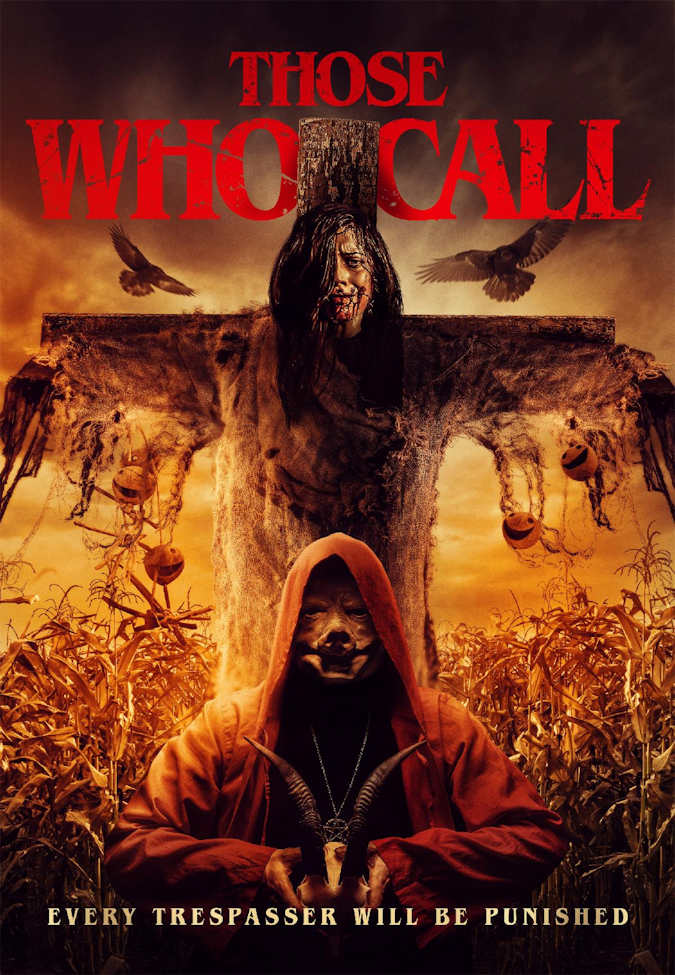 Those Who Call Movie Metadata

Those Who Call External Links

Those Who Call Movie Trailer

Those Who Call Movie Tickets

Overly familiar, Those Who Call (2022) leans heavily on the films that came before it, while forgetting to carve out its own identity.

Ana (Angie Sandoval) and Sandra Pedregales (Yetlanezi Rodriguez) are on a cross-country family trip to observe the mysterious death of their father and reconnect with whatever relations remain. They travel unfamiliar country roads instead of the Interstate, making erroneous turn after turn until they are hopelessly lost in the woods. Out of gas and out of options, they walk hoping to find some semblance of civilization to get gas or a tow or a bite to eat. It’s safe to say this wasn’t a well-planned trip with sisters who don’t get along under the best of circumstances. Ana, who left the family to find her own way, and Sandra sifting through years of abandonment issues use every opportunity to snipe and pick at each other. I had anxiety just watching the needle on the fuel gauge dip with refueling options completely out of reach.

Roll in the ominous dirty man warning of doom and the creepy kid offering in her two cents, and any number of better-written movies flash through your brain. A circuitous walk through the woods encounters robed cultists, effigies in trees, and abandoned houses with clues and heirlooms, and you might longingly check your shelf for Texas Chainsaw Massacre (1974), The Blair Witch Project (1999), The Void (2016) The Ritual (2017), or Son (2021).

We’ve seen all of this before and Those Who Call isn’t an improvement on any of them. Putting the parts of your favorite movies into a blender and expecting a delicate souffle of terror and dread is like going to Waffle House and expecting Eggs Benedict.

And I love Waffle House, but my expectations of breakfast options are grounded in reality.

Those Who Call has a lot of talking and for low-budget films, sometimes the dialogue can drive the story in lieu of the special effects. That’s not the case here. I don’t like listening to my own sisters bicker, so the constant back and forth over legacy, commitment, abandonment, and loyalty wears thin fast. As it plods through the halfway mark, the action is primarily running and screaming, and it quickly becomes clear that this isn’t the movie for me or anyone that was expecting clever cultist creeps. The effects are admirable but shabby shoestring, and when there is adequate lighting, the camera lingers a little too long to be scary or effective. It spends the last 15 minutes literally in the dark.

The twist, such that it is, doesn’t have the punch it could have, and that’s not the fault of the acting, but rather the lack of emotional pull for the first 70 minutes. It’s heavy-handed in the reveal and with so much more talking, you just want it to be over.

The sad kicker is when it is over, you realized you were blindfolded, spun in a circle, and taken on a trip down the driveway. It feels like a cheat.

Those Who Call has lofty aspirations, but its threadbare execution makes it a frustrating watch.

Those Who Call (2021) is unrated, but for all of the tension, it barely deserves a PG-13 for creepy chants, blood pouring from orifices, possessed eyes, bear traps, and nails in limbs.

Those Who Call is streaming now on the following services:
Powered by JustWatch