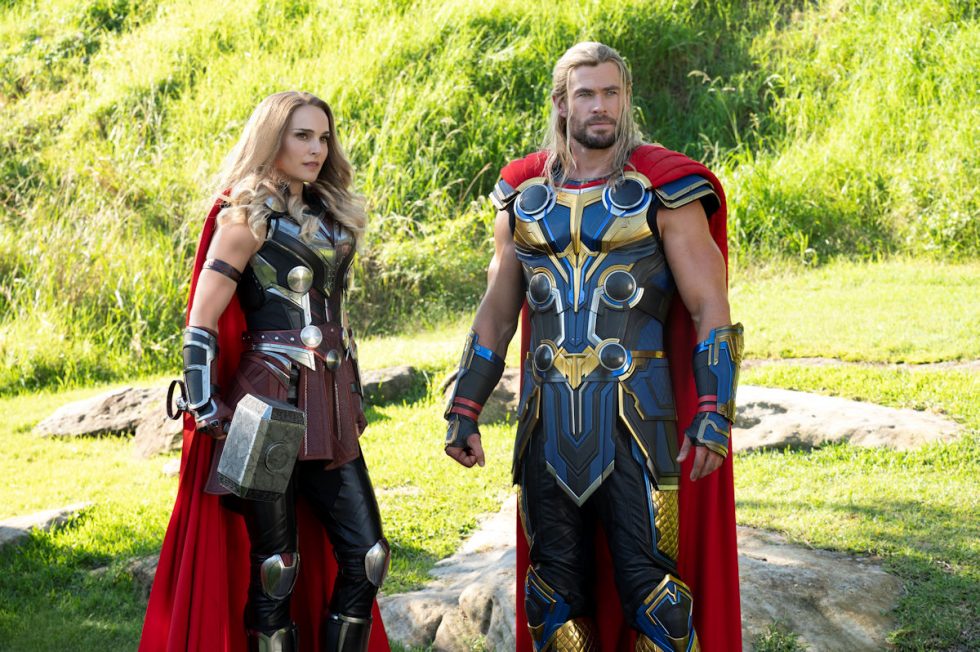 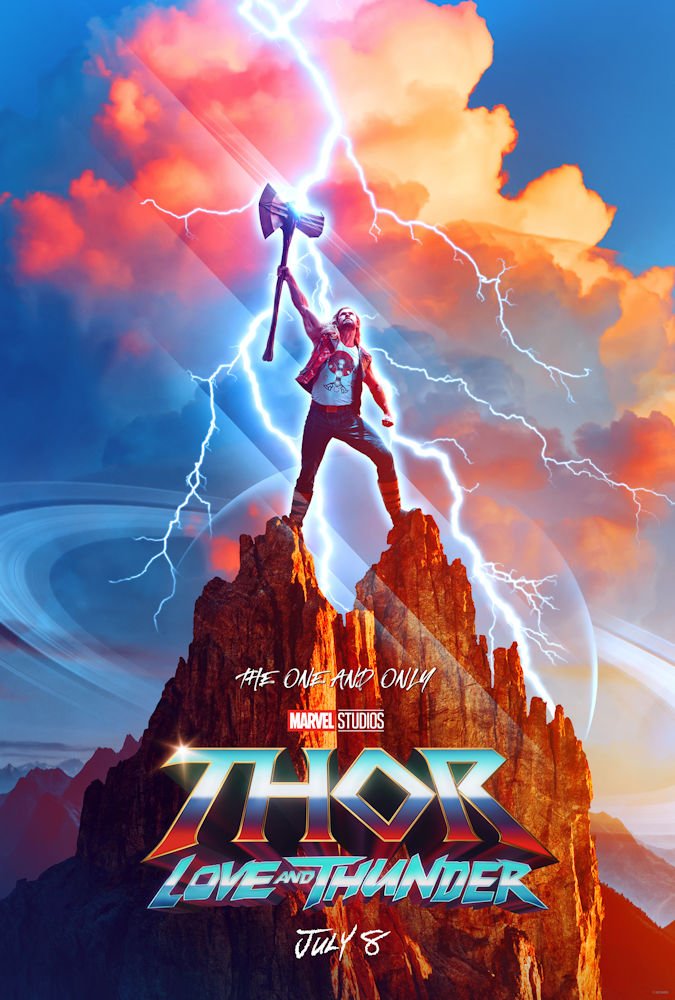 No one will ever accuse Taika Waititi of deep cerebral epics that are discussed over Turkish coffees in mahogany-lined private libraries, and that’s exactly why we love him. Thor: Love and Thunder (2022) is his sequel to Thor: Ragnarok (2017) and he has infused light-hearted fun back into our favorite Norse God following the events of Avengers: Endgame (2019).

Thor (Chris Hemsworth) has been cruising around with the Guardians of the Galaxy, saving the parts of the universe that he doesn’t inadvertently destroy, all while looking for that inner tranquility he hasn’t been able to find. He and the Guardians cross paths with Gorr the God Butcher (Christian Bale), a creature who wields a sword of destructive shadows in order to find his way to the center of the universe for his own version of inner peace. Gorr just has to kill a bunch of gods to do it and kidnaps the children of New Asgard as a means to an end. In a rare moment of self-awareness and introspection, Thor realizes he can’t fight this battle alone and calls upon King Valkyrie (Tessa Thompson), who is itching to ditch the boring bureaucratic dealings of New Asgard, and the new Mighty Thor, ex-girlfriend Jane Foster (Natalie Portman). Jane is desperate to be her own hero, keeping secrets of her own as she wields Mjolnir, complicating Thor’s present and future plans, as well as the overall mission. This sets up a rather humorous running gag of Thor chatting up Mjolnir while Stormbreaker literally hovers disapprovingly nearby.

Korg (Taiki Waititi) narrates the story from start to finish, in the way of all worthy epics.

The theme of the MCU Phase 4 continues to be grief and loss and the destructive ways absolutely everyone handles them. Gorr is out for vengeance, first pledging his life to an uncaring god, only to be rewarded with crushing personal loss. With his Necrosword, he can cut down any being who would stand in his way as he fights for a shot at Eternity. Thor is still dealing with the mental fallout of the losses of Asgard, his brother Loki, his father Odin, and his friend Tony Stark/Iron Man. He finds empty comfort in helping other civilizations, but it’s not filling the hole inside, and lightning and 80’s metal don’t quite cut it either. Jane manages a crippling diagnosis by not dealing with it at all. We are absolutely cruising the boulevard of the 5 Stages of Grief – depression, anger, denial, bargaining, and ultimately acceptance, but it comes at a great price.

That’s not a spoiler, that’s how the 5 Stages play out.

Is this a perfect MCU movie – of course not, and it’s not supposed to be, but this is the goofy humor we need from our broken heroes.

Thor: Love and Thunder is a 119-minute popcorn movie with Chris Hemsworth’s bare butt. While The Eternals (2021) was a heavy slog through a part of the MCU we may never revisit (if we’ve been very, very good), Thor: Love and Thunder is a romp through a Gods convention, passage on a ship pulled by screaming goats, and the love between a god and his hammer, with a little ax jealousy thrown in for good measure. If we ended Phase 3 with the heartache of Avengers Endgame (2019) and the loss of identity in Spider-Man: Far From Home (2019), we can close Phase 4 with a little hope and some well-earned chuckles.

Natalie Portman’s Jane proves to be more than the two-dimensional dour downer introduced in Kenneth Branagh’s 2011 Thor. Waititi’s Jane is stronger and more vulnerable than Original Recipe, and she uses that strength and softness to balance the same energy Thor projects. They are each other’s broken pieces, even if they can’t put aside their own egos or petty hangups. This is a love story in its final chapters and no one has to get fridged. There are still second chances and happy endings for gods.

You may not totally love Thor: Love and Thunder, but you’ll still want multiple viewings. See it before someone spoils it for you and bring your biggest popcorn bucket.

By the way – two mid-credit scenes. You know the drill.

Thor: Love and Thunder is streaming now on the following services:
Powered by JustWatch