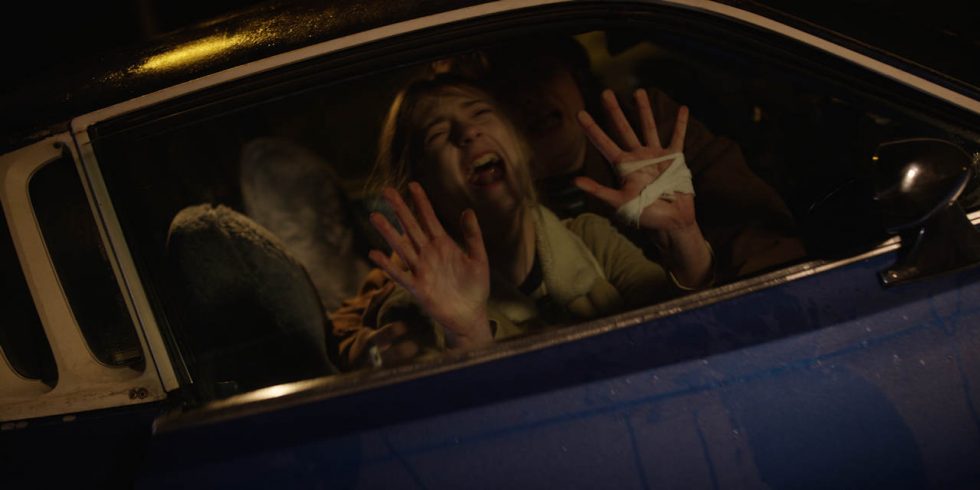 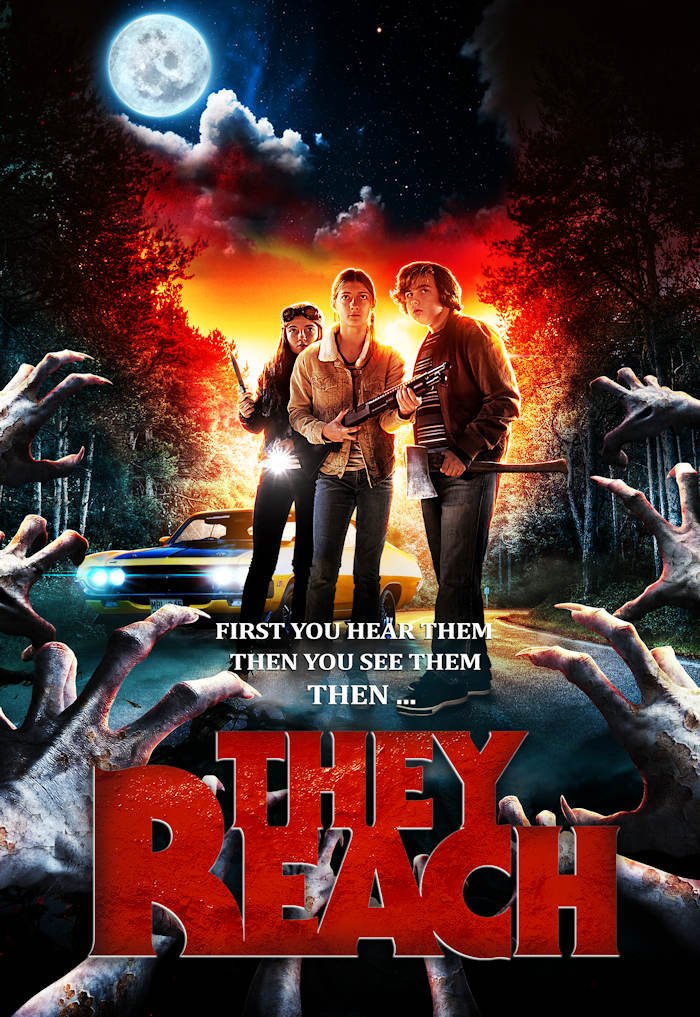 If you’re a veteran of the genre, They Reach (2020)doesn’t seem to be making the inroads to solidify itself in your top go-go films of 2020. If you’re new or looking to introduce your pre-teen kids to the genre, this is actually a solid choice, if you don’t mind blood.

Set in 1979, small-town outcast, Jessica (Mary Madaline Roe) finds herself in the possession of second-hand recording equipment and believes with a little tinkering she and her dad bond while they get it up and going. What she doesn’t know is the equipment was used in an exorcism many years prior and evil things are still trapped inside.

Why? No one asked.

For a backstory Jessica’s family has recently had a loss and getting back into a routine is a struggle. She has solid friends in Sam (Morgan Chandler) and Cheddar (Eden Campbell) but what she wants is a little recognition from her family. Her dad thinks she’s weird and he can’t connect (it’s not that he can’t, he simply won’t). In getting the machine from a thrift shop, Jessica accidentally unleashes a demon that threatens to consume the souls of her friends and family.

There are holes in They Reach, like big ones, and what doesn’t work is part story development and part odd directorial choices. After the funeral of a family member, Jessica heads out on her bike to town, and before going into the shop, she carefully looks both ways. It’s not an adult bookstore, it’s a junk shop. I know it’s set in 1979, but girls were allowed to be unattended when shopping. Little things that that are baffling in a story that isn’t about her sneaking around. There are lots of those weird moments that don’t fit in what should be a straightforward inter-dimensional demon movie. Don’t get me wrong, the world needs movies with weird smart kids figuring things out on their own, but those movies need to have a story that makes sense. I would have liked to see a little more polish on the script of They Reach.

Stand out acting in They Reach, especially from Roe, Chandler, and Campbell. That’s the trio you want hopping on their bikes and saving the day. The character of Cheddar is delightfully off-base, and the budding romance of Jess and Sam is wonderfully sweet, and yes, I was cheering Sam on. Nice effects rounded out the story, and there was nothing so scary it wouldn’t be a great starter film for kids looking to outgrow Goosebumps and other tween material.

They Reach (2020) is unrated, but I’d put it at a PG for mild swears, kissy-face, ham-handed use of a screwdriver, and some off-screen blood and violence.

They Reach is streaming now on the following services:
Powered by JustWatch