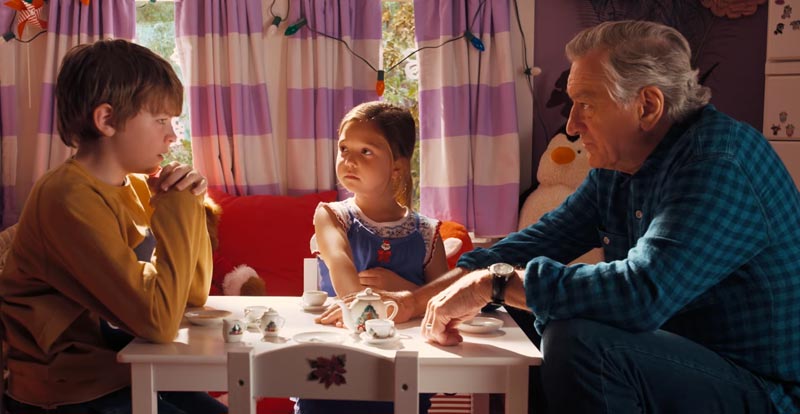 The War With Grandpa Movie Review

The War With Grandpa Movie Poster 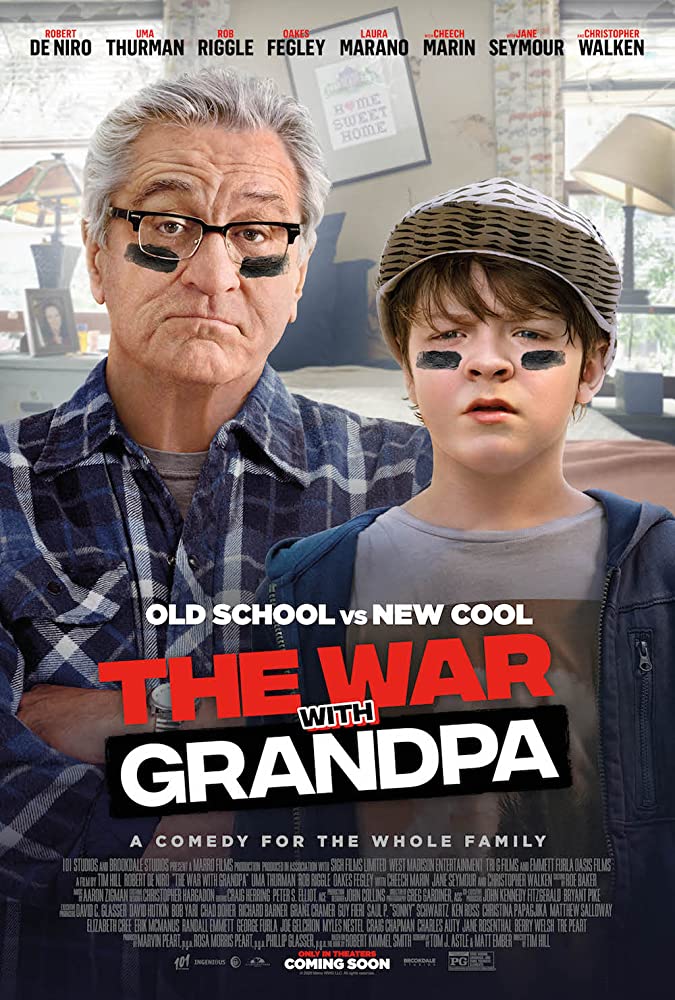 The War With Grandpa Movie Metadata

The War With Grandpa

The War With Grandpa External Links

The War With Grandpa Movie Trailer

The War With Grandpa Movie Tickets

If you thought 2020 couldn’t get any worse, think again. After being pushed back multiple times from its initial release date, America is forced to battle not only a pandemic but also one of the worst films of the century with the release of The War With Grandpa.

Based on Robert Kimmel Smith’s 1984 award-winning novel, The War With Grandpa pits 6th grader Peter (Oakes Fegley) against his Grandpa Ed (Robert De Niro) after Peter is forced to move out of his bedroom to accommodate the new houseguest.

Depressed after the loss of his wife, Ed’s advanced age finds him struggling with life on his own — the grocery store self-checkout is too complicated, the state has taken away his license, and he is more content listening to classic records at home than spending time with friends. Daughter Sally (Uma Thurman) has had enough and forces Ed to move in with her family, forcing grandson Peter into the attic and setting off a war. What follows is 80 or so uneven minutes of a battle between the two family members, oddly alternating between the two duking it out spending quality time together.

Geared towards elementary and middle school-aged kids, The War With Grandpa serves up a wholesome movie, something that is rarely seen today in a world where kids are addicted to violent video games like Fortnite or parade around half-naked on social media apps like Tik Tok. The movie also elicits a few laughs, generally at the expense of others, most often Peter’s mom. Still, to call the film a family comedy is an insult to families and comedies — no family should be tortured to sit through this abysmal attempt at humor.

The War With Grandpa struggles to ever find its footing. At the start, it is seemingly a movie focusing on Peter and his friends and they transition from ruling their school as 5th graders to a place where “no one likes them” and Peter is incessantly bullied. Who doesn’t love a good coming of age story? But then, the movie then shifts to Peter’s battle with his grandpa, one in which the elder member of the family admits he doesn’t want Peter’s room yet Peter is still insistent about winning it back. Peter’s dad, Arthur’s (Rob Riggle) work as a talented architect stuck at a go-nowhere job never materializes. And for reasons never explained, Peter’s sister Jenny (Poppy Gagnon) lives in a world where every day it’s Christmas. If this last quirk is supposed to be funny, it fails to ever land a laugh.

Oscar award-winning actor Robert DeNiro and Uma Thurman deserve better than this shlock. True, at 77 years old, De Niro’s options of roles are more limited. And with four grandchildren, it’s fair to say that De Niro perhaps wanted to leave his grandkids a movie with less blood than classics like Goodfellas or Casino. But based on the script, one has to wonder whether De Niro owed someone a favor, if director Tim Hill had dirt on him, or if De Niro simply signed on to help pay off bills in a messy divorce.

As for Thurman, roles for women over 40 in Hollywood are in short supply. Without a hit since Kill Bill 2 in 2004, the stronger scripts are landing on the desk of actresses like Julianne Moore and Nicole Kidman. Still, no one deserves this punishment.

Additional supporting cast members are also casualties of war. Rob Riggle, a hilarious TV star, is reduced to a role as an unfunny, weak husband. And watching Christopher Walken, Cheech Marin, and Jane Seymour plod through the script as Ed’s sidekicks leaves parents yearning for the days of yore.

If there is one positive to take away from COVID-19, it’s that most Americans won’t be able to see this film since it releases in theaters and most are sadly still closed due to the pandemic. Just as COVID-19 should not be wished upon anyone, neither should The War With Grandpa.

The War With Grandpa is streaming now on the following services:
Powered by JustWatch