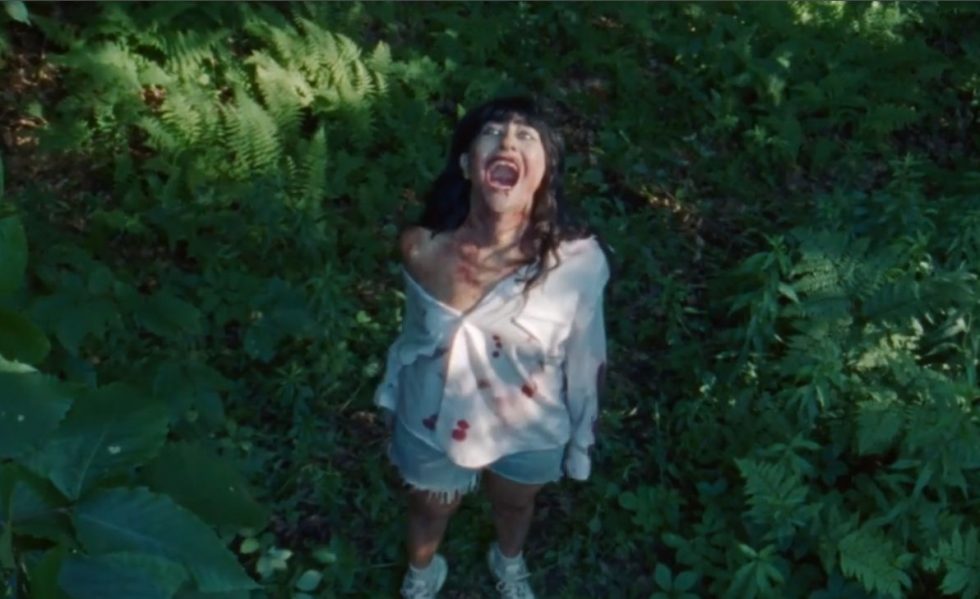 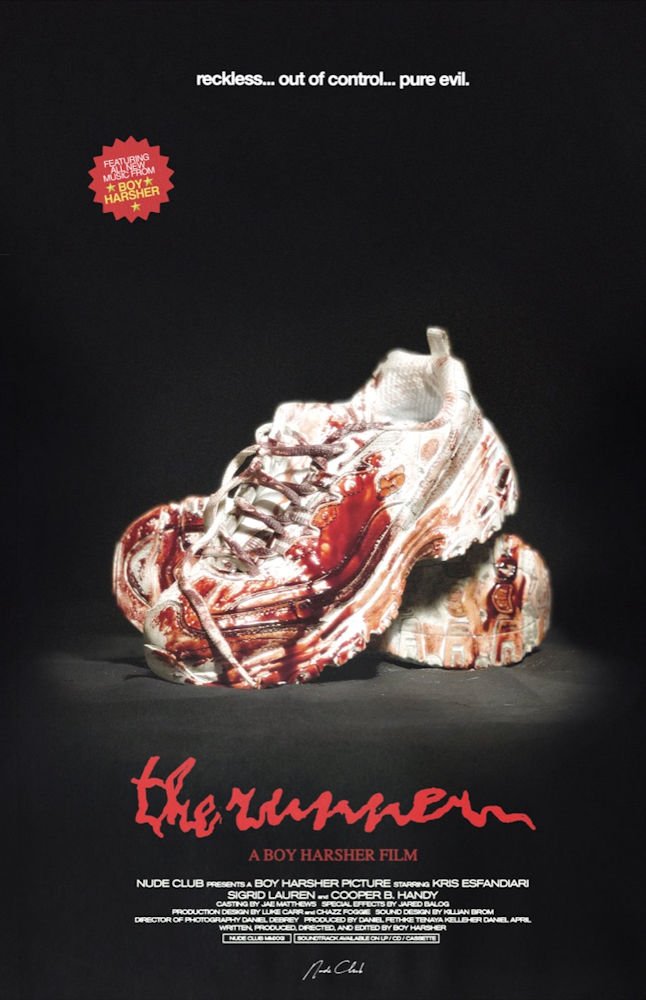 If you’re expecting running, or maybe even death, in the concept horror short film/visual album The Runner (2022), better luck next time.

A dark-haired woman (Kris Esfandiari) runs through a dense forest, covered in blood. Is she running from her attacker, or to her next victim? She enters a home and the lone occupant (Cooper B Hardy) nopes out the back door. On the television, a public-access announcer (Lauren Servideo) plays music and videos by the band Boy Harsher. The Runner makes a call, and the tired voice on the other end pleads for her to come home and he’ll take care of her. Who is she, what is she doing, where is she going, and who does she speak with on the phone?

Settle into that vibe because it’s basically the whole movie in 39 minutes.

The Runner is a long-form video for the soundtrack, and between the music, not much happens. There isn’t a lot of running or action, or you know, horror stuff going on, though I’m sure being sticky and covered in blood is a terror to someone. If the message is, “the mundane lulls between killing sprees are murder on the soul”, well then, nailed it.

I’ll be honest. My favorite video was the last one, “Autonomy, (ft. Cooper B Handy), a catchy tune playing over the end-credits, with the cast breaking the fourth wall and dancing to the music. Maybe it was the candid nature or everyone grooving to the same catchy beat, but it was the most emotion I’d seen over the previous 30 minutes. I would like to have seen that unbridled, fun energy throughout.

To me, The Runner is two divergent ideas shoehorned into stiletto heels a size and a half too small and then made to walk through soft mud after a hard rain. Maybe next time, more story and less band?

The Runner will appeal to the fans of Boy Harsher and those looking for new music.

The Runner (2022) is unrated, but let’s give it a PG-13 for lots of blood, a corpse, bloody frontal bits, and an organectomy through the chest wall. You’re coming for the music, not the story.

The Runner is streaming exclusively on Shudder.

The Runner is streaming now on the following services:
Powered by JustWatch