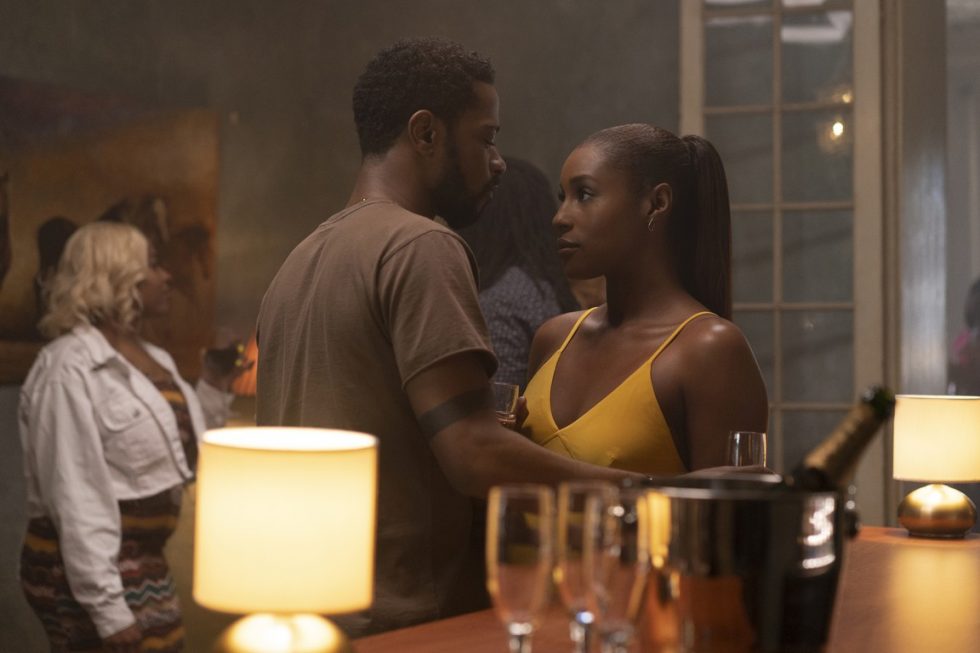 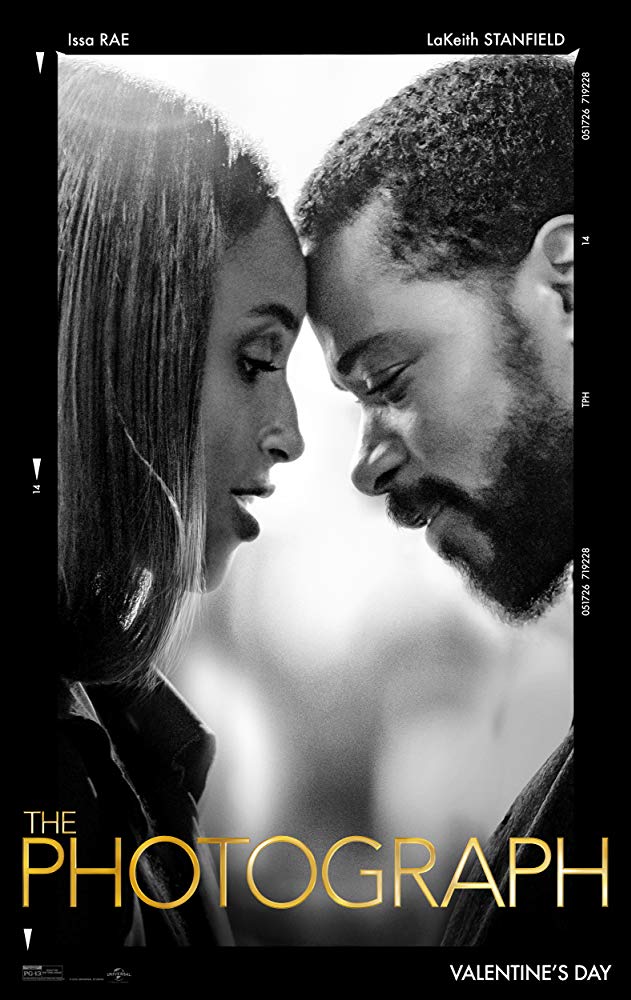 The Photograph is not my cup of tea.

I’m not one for drama, romance, and interminable inane small talk that passes as “meaningful dialogue.” It makes me want to carve out my eardrums with straw. I’ve been married 24 years, and this movie felt so much longer – this is not the fault of the movie, but I expect a lot more car crashes in the films I see.

THAT SAID – it’s not a bad romantic drama. It has wild leaps of logic (like the overall WHY IS MICHAEL IN NOLA AT ALL), and some parts feel contrived or forced, but otherwise, it’s watchable. It makes you want to stick around to see what happens next. It is the nature of romantic dramas – they’re the fantasy versions of meat-life relationships, and it’s nice when folks manage to make it work despite life’s obstacles.

Michael (LaKeith Stanfield) is a journalist in New Orleans interviewing Isaac Jefferson (Rob Morgan) for a story (on what isn’t ever clear) involving late photographer Christina Eames (Chanté Adams). The story is essential, but his reasons for return trips and follow-ups are not. When he returns to Queens, he meets gallery curator Mae (Issa Rae), who is planning a retrospective on Christina and begins a relationship, with neither sure where it’s headed. Mae is dealing with the unexpected death of her mother, Christina (the only person who seems oblivious to this is Michael). The Photograph is intercut with scenes from Christina’s past and how she dealt with relationships with her mother, her lover, and in a detached way, her child, while following her dreams of becoming a famous photographer. Michael and Mae have to figure out how they fit into each other’s lives while struggling with their pasts and expectations.

There is no conniving ex to throw a wrench into the plan, no cosmic spell, or incantation that fates them apart. It’s fundamental and straightforward humanity with faults and foibles. Both have hurt, and both have hurt others. Both want to find a connection, but neither wants to meet the other half-way to make it happen. It’s a complicated dance, relationships, and one night of passion that doesn’t always mean happily ever after.

So it sounds like I enjoyed it, right? In retrospect, I did. We don’t get to know the characters as well as I’d like – I mean, there is more to life partner selection than music choices and Al Green on vinyl. I would have liked to really see how Michael and Mae came to that point in their lives and what baggage they brought with them. We are more than the sums of our last relationships (for them, both fails). I would have liked to see writer-director Stella Meghie dig down beyond superficial conversation to what made each of them tick. On the surface, we are to believe one now-deceased woman orchestrated the lives of two very disparate people because it’s only her life we understand. I may not be enough of a romantic to buy that.

Also, if you read the description given for this movie, “When famed photographer Christina Eames dies unexpectedly, she leaves her estranged daughter, Mae, hurt, angry and full of questions. When Mae finds a photograph tucked away in a safe-deposit box, she soon finds herself delving into her mother’s early life — an investigation that leads to an unexpected romance with a rising journalist” (thank you, IMDB), that’s not exactly how the movie plays out. I have no doubt that’s what was intended, but this film is far less about Mae (who does no such investigation), and more about the men Christina’s life and death touches, with Mae swept along for the bumpy ride.

In the end, The Photograph is less a romance and more a cautionary tale of love abandoned and the vast gulf of time between purpose and happiness.

The Photograph is rated PG-13 for innocuous swears, crab boils, sexy-times, and your inability to be prepared for absolutely gorgeous Issa Rae is.

The Photograph is streaming now on the following services:
Powered by JustWatch