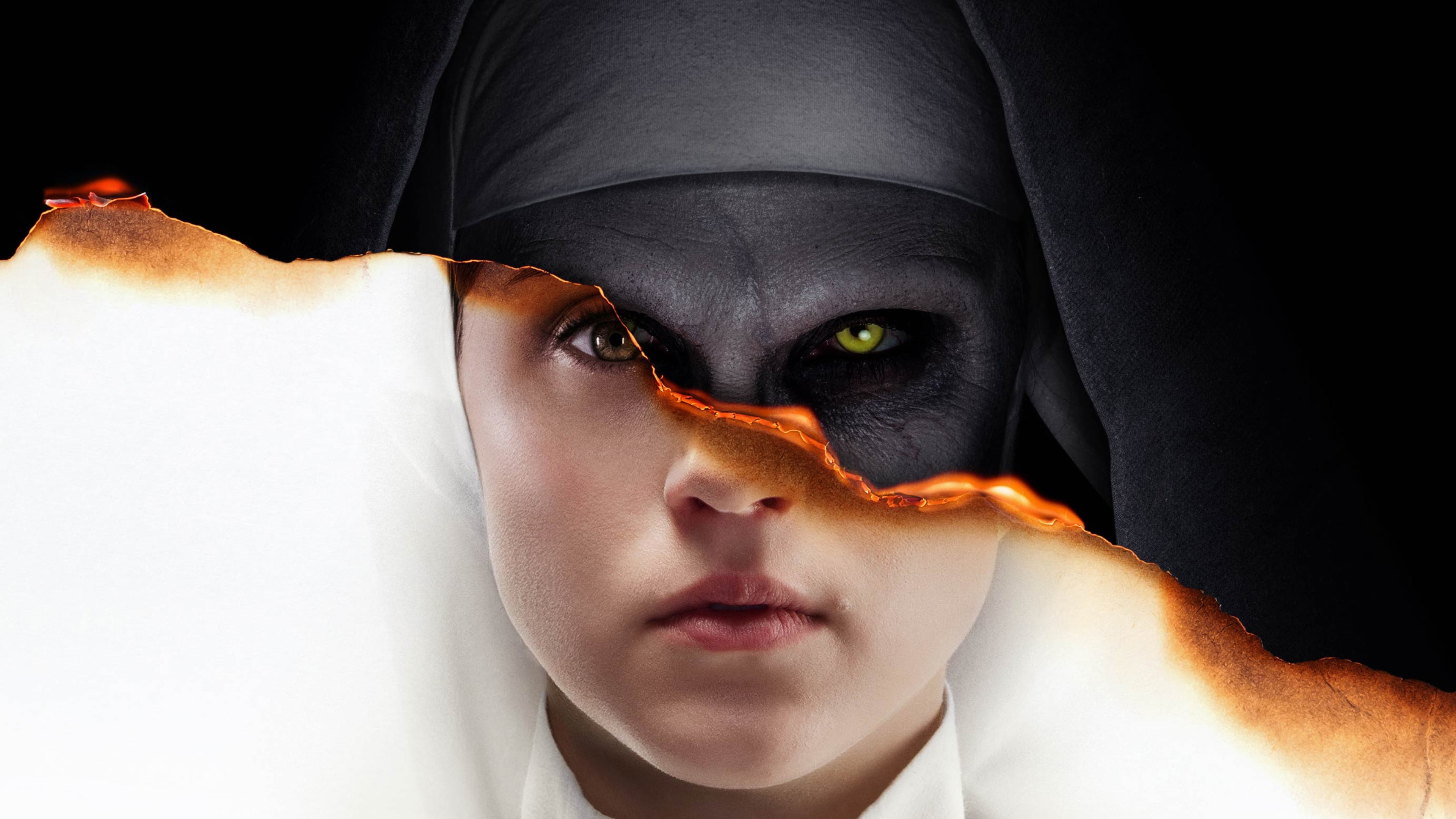 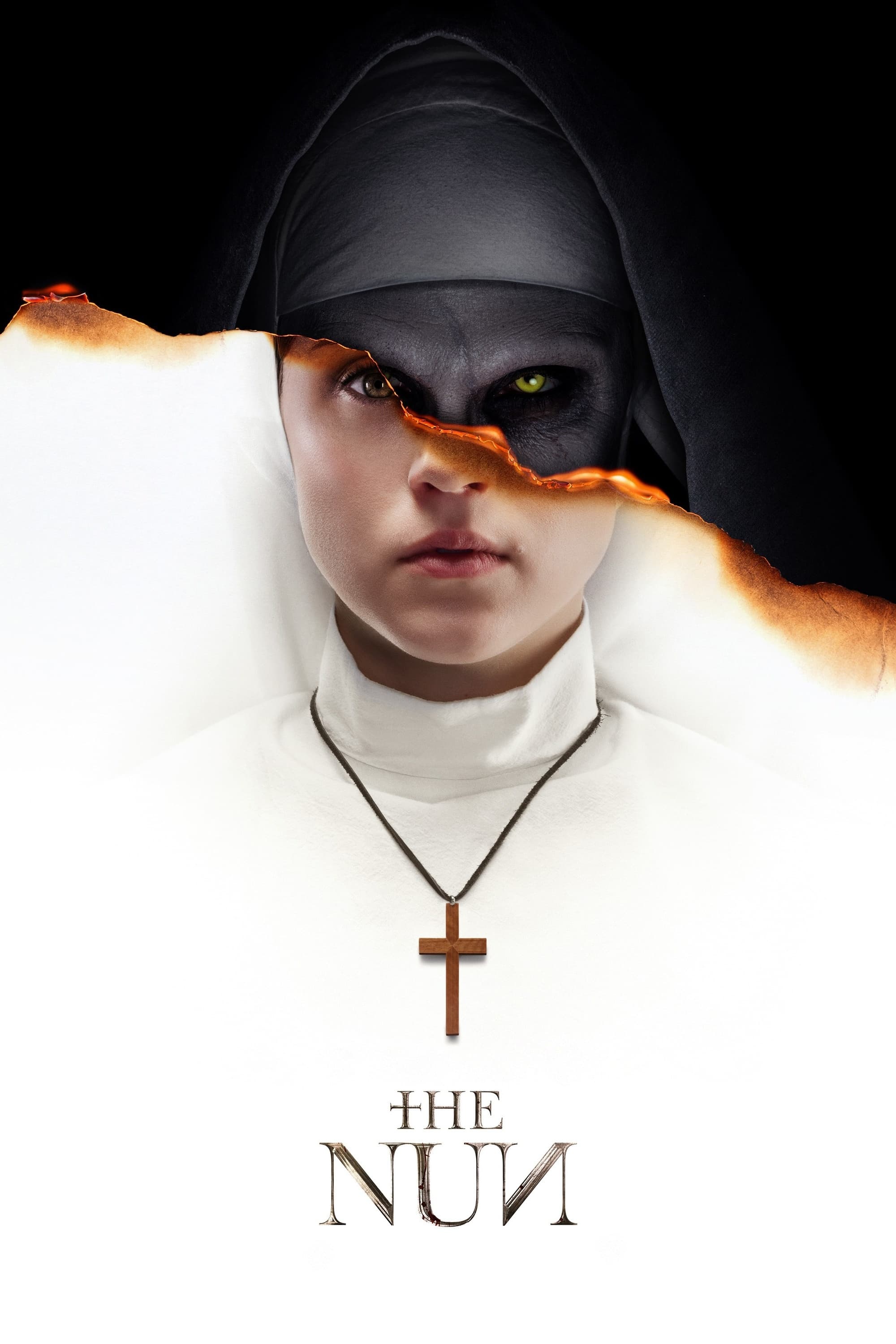 The Conjuring (2013) franchise is surprisingly successful, despite the fact  Lorraine and Ed Warren were debunked as frauds decades ago. Based on their “case files” they translate much better to fantasy horror than they ever did as documentaries. From The Conjuring, we have its sequel, The Conjuring 2 (2016) based on the Endifled Poltergeist, Annabelle (2014) and Annabelle: Creation (2017). Now we have a prequel of sorts, The Nun (2018) first seen haunting Lorraine Warren in The Conjuring 2, and then a-blink-and-you’ll-miss-it appearance in Annabelle: Creation brings that backstory so life – kinda, but it doesn’t necessarily add to The Conjuring universe as a whole.

The Abbey at St Carta is a demonic place in the Transylvanian mountains guarded by nuns and feared by the townsfolk who live in its shadow. In 1952 after the suicide of a nun, the Vatican sends its specialized investigator and sometime exorcist, Father Burke (Demián Bichir) with a novitiate, Sister Irene (Taissa Farmiga). They’re led by Frenchie (Jonas Bloquet), a local delivery man who discovered the deceased nun who acts as their local guide and transportation. They find a diminishing cloistered population participating in perpetual prayer to contain the demon, and of course, there’s so much more going on. Father Burke has his own past to deal with and Sister Irene has the kind of visions that lead to monastic life back in the day, but would only lead to handfuls of daily pharmaceuticals today. Together they must find the source of the demon appearing as a nun and stop it before it breaks free and terrorizes the world!

I know, it sounds dramatic, but’s a dramatic movie with a rare R Rating. The eerie castle and monastery falling into disrepair after the war, dutiful nuns using their faith and the power of prayer to hold the demon at bay, it’s all very exciting. At its heart, The Nun is a movie about possession, and for Father Burke, the one that got away – probably every exorcist has a tale or two like that. Faceless habits roam the halls, Irene experiences terrifying dreams and visions, and Father Burke just can’t shake that kid. All of it erodes at their faith and purpose and resolves, because what is demonic possession in layman’s terms but a way of giving up?

Possession stories come a relatively close second when it comes to my favorite kind of horror movies, with haunted houses still in the lead by a mile, and to its credit, The Nun doesn’t rely on the usual tropes of the sub-genre – no vomiting green liquid, no crass swears appearing on the body, no levitation in an inverted cross. Coming on the heels of the cancellation of the television series reboot of The Exorcist (Fox, 2016) maybe writer Gary Dauberman thought we could use less bodily purging and more sensory deprivation. There are crosses aplenty in the monastery, but they’re not doing a whole lot of good – that’s where faith comes in. We don’t see a lot of the Nun (Bonnie Aarons) and we don’t have to. The dark, atmospheric presence pervades every frame of this movie, proving that less is definitely more. The sparse furnishings, the disused spaces, and the shadows that flitter in every corner and to the sense of dread and loss, feeding our own fears of the dark and the unknown.

Horror movies don’t need a ton of backstory, and while The Nun is essentially a backstory, that will undoubtedly lead to a sequel to a backstory, the movie itself doesn’t dwell in a lot of background navel-gazing typical of the genre. It doesn’t need it since the setting the characters fill out everything we need to know. The movie jumps right into the fear and the action, It’s a movie that feels like a throwback to a simpler time of practical effects and smoke and mirror, and it maintains the tension and the dread without feeling heavy and melodramatic.

That makes for a fun creepy movie.

The Nun (2018) is Rated R for no good reason, except that all of the movies in The Conjuring universe are Rated R, but for what I can gather it’s probably based on the subversion of Catholic imagery and tradition, demonic forces, a suicide, a bird chewed face, underwater peril, creepy faceless nuns, flying broken nuns, and that one creepy nun we’ve already seen. This movie may be too intense for your tweens, but because of the R-Rating, you can’t just drop them off to go see it.

The Nun is streaming now on the following services:
Powered by JustWatch