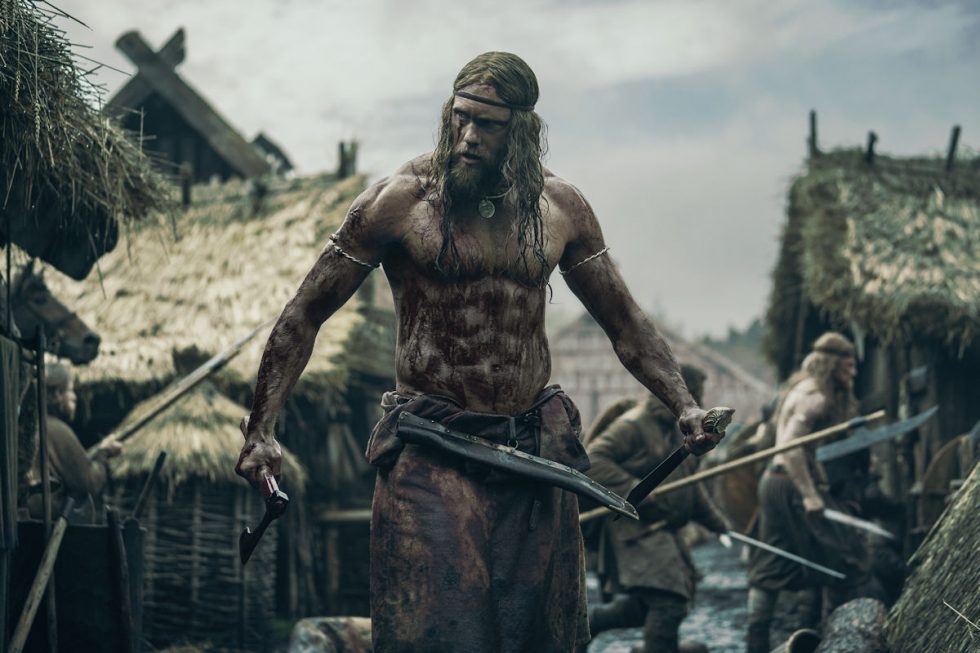 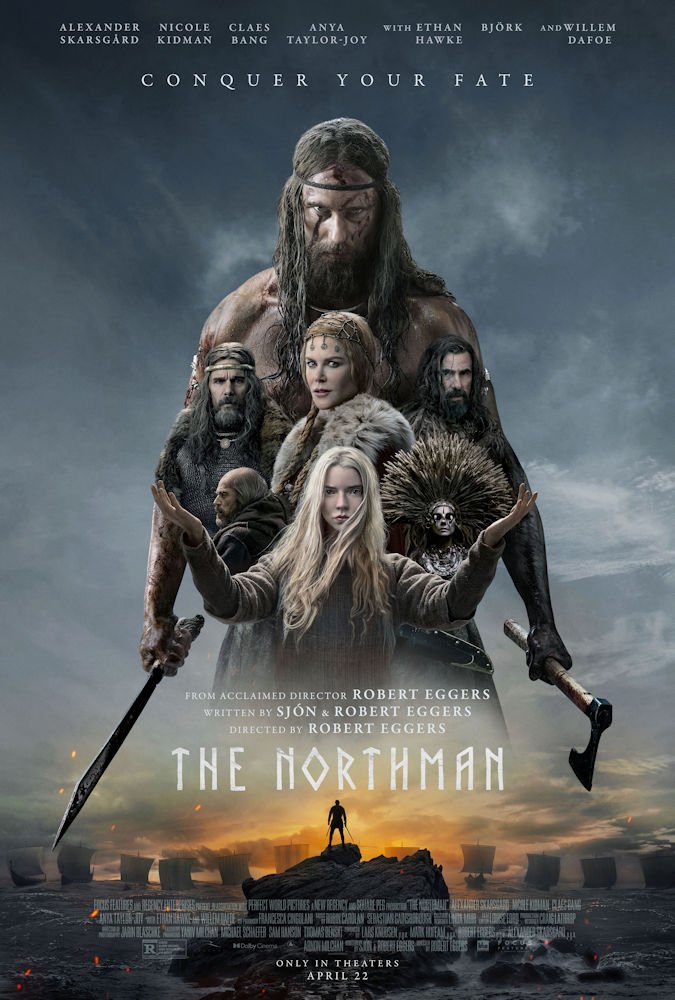 Robert Eggers doesn’t pull any punches when it comes to The Northman (2022). You wanted a Viking movie, you’re getting a Viking movie.

The Northman is a story of remembrance and retribution through the brutal lens of early North Atlantic tribes. It’s essentially Hamlet as told in the late 800s in the North Sea. Alexander Skarsgård is Amleth (hoo-hoo, clever) a displaced prince driven to live life through war and pillaging under another chieftain. As a boy, he witnessed the murder of his father, King Aurvandil War-Raven (Ethan Hawke), and the kidnapping of his mother Queen Gudrún (Nicole Kidman) by his uncle Fjölnir the (now) Brotherless (Claes Bang). Amleth escaped into the sea and vowed vengeance. Many years later, on the heels of a prophecy and opportunity, this very large and very angry young man disguises himself as a slave to avenge his father, save his mother, and kill the man responsible for it all.

But it’s an Eggers fairytale, so it’s never going to be that easy.

Knowing his destiny was never anything more than revenge, Amleth makes an alliance with the Witch Olga of the Birch Forest (Anya Taylor-Joy). Together they choose the right moments, antagonize the wrong guards, and make way for a new kingdom in a new land – once their business is settled.

And Björk is in this briefly, so that’s pretty cool.

The Northman is brutal in its primitive savagery. From early rituals of manhood to the wholesale destruction of villages for slaves, breeding stock, and giggles, Eggers never sacrifices the darkness for light, using torches, moonglow, and shadows as uncredited characters. Rituals lit by firelight are framed with a hallucinogenic edge, prophecies ringed in vines and blood read like tangible memories. It’s not hyperbole to say The Northman is gorgeous in its sweeping palette and the soundtrack has a pounding sensual rhythm that blends seamlessly into the unreal landscape populated by wise foxes, guardian ravens, and the maniacal eye of Willem Dafoe.

Yes, there is a naked swordfight on a mountain. You are welcome.

While a lot of directors try to be edgy in their imagery or storylines, Eggers manages to present his stories just as they are, these misshapen children who grow to be fearsome beasts. These are simple tales told through cruelty and very present magic that resonates regardless of the setting. With every film, Eggers gets more comfortable with what he can achieve, shaping and molding folklore and mythologies with dark symbolism.

This is not “elevated” horror. This is fear and terror and horror in 146 minutes, and during not a single one of those minutes did the story meander through airy exposition nor was it padded with side-quests to fill space. The landscape tells a story, the wildlife tells a story, and the sounds of everyday life round out the senses. The Northman is not an unfamiliar story, nor is it a sanitized, tentative tale of how things used to be with cool costumes, weird accents, and happy endings.

When has Eggers ever had a happy ending?

This is an immersive experience meant for the largest screen you can get your eyes on with the volume turned up as loud as your neighbors will allow.

It’s also not for everyone. It’s extremely violent because it is a movie about Vikings who were not known for their polite manner or general courtesy. If it breathes, it’s probably getting gutted or stabbed or shot through with an arrow. You may find your hand over your mouth more than once and if men, women, and children dying horrifically isn’t your cup of tea, I think Spiderman: No Way Home (2022) is still playing.

The Northman (2022) is rated R for a lot. People are murdered, let’s put it simply, wars and fighting are to the death, throats are cut, and bodies dismembered to send a message. This is a movie about Vikings, not Smurfs. Please measure your tolerance for violence before seeing this film.

The Northman is streaming now on the following services:
Powered by JustWatch