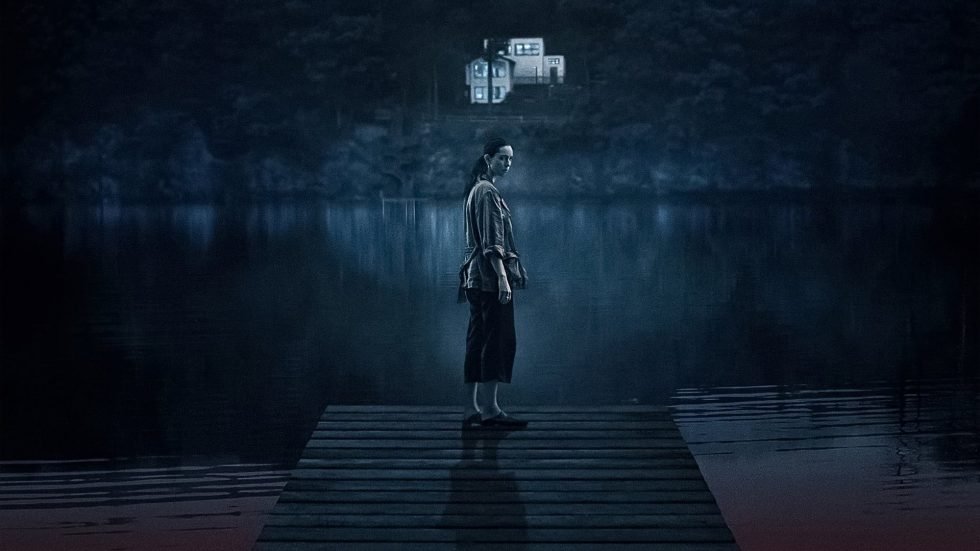 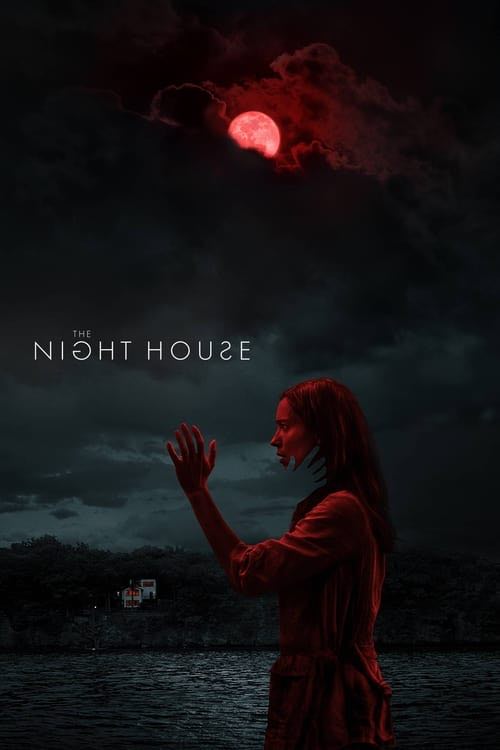 Beth (Rebecca Hall) is dealing with the very recent suicide of her husband Owen (Evan Jonigkeit) and not very well in The Night House (2021). A man she believed she knew for 14 years of marriage rowed himself out to the middle of a lake at their dream home and shot himself, and Beth has no idea why. As he sifts through the detritus of her late husband’s life, she discovers a picture of a woman who is her, but not her, drawings of a home that is theirs, but not theirs, and another side to Owen that wasn’t Owen at all. All of it so deeply unsettle her; she’s sleepwalking, losing time, and believes there is a presence in their home that may or not be Evan reaching from beyond death. Beth is drowning, and who was once her rock and anchor may be pulling her beneath the surface.

Like Relic (2020) was an amazing representation of familial dementia, The Night House gently peels away the layers of co-dependence and trauma-induced depression. Beth recounts a talk of a near-death experience she had as a teen, and she believed from then on that there was nothing after death – no light or friends or family. She’s carried that depression with her, and it has come to a head with the death of her husband. The story opens mere hours after his funeral.  Unable to fully cope with her husband’s death, she attempts to cruise through the five stages of grief, stalling immediately at Anger and Isolation. She cuts herself off from her friends and neighbors and attempts to rid herself of everything her husband was, from books to photos, when she stumbles on drawings of their home, which they designed together. There is another home in their book of architectural elevations and cross-sections, a reversed carbon copy, and she thinks she can see it on the other side of the lake, with strange notations of mazes and trickery.

Beth begins to have dreams of being in that house, a literal mirror image of her own. Like Owen’s suicide note left for her, “Nothing is after you,” everything is ambiguous and confusing, and Beth may have issues distinguishing reality from delusion. The Night House explores the horrible realization that a happily married couple could keep secrets from each other, and the uncovering of those secrets may not always bring closure.

Whether she is encountering her depression manifesting as “Owen” or if there is an “Owen” in their home is left to interpretation in The Night House, but Rebecca Hall’s portrayal of a brittle woman teetering on edge is sharp and gripping. At times sadly funny or wildly inappropriate, she is not a widow in traditional weeds moping through the polite mourning period. Sarah Goldberg plays Claire, the friend that is always there for a drink or to lend an ear, and I’m happy to say she wasn’t sleeping with Beth’s husband (as so many of these stories go). She goes the extra mile to ensure Beth is okay, and her compassion feels genuine without smothering. Vondie Curtis-Hall plays Mel, Beth’s and Evan’s neighbor, who is genuinely concerned about Beth’s mental health while harboring clues about Evan’s activities. The cast here feels distant, but as  Beth is deliberately keeping people at arm’s length is a brilliant stroke

This could have easily been a movie of perpetual gaslighting, where friends and “dead” spouses gang up on the widow to force a devastating and finite reaction, but The Night House doesn’t play those cards. Nothing is after Beth, and there isn’t anything Claire or Mel can do about it but try to catch their friend on her challenging spiraling descent. This is a matter of suicidal depression following the death of a loved one in genuine expressions of anger and hopelessness with a well-mixed score. The creaks and silence create a crushing character in an atmosphere of lost desperation.

I  believe The Night House is worthy of a few viewings to catch the clever angles and built-in architectural nightmares you may miss the first time around.

The Night House (2021) is rated R for swears, nudity, lots of booze, disturbing images of corpses, blood, a gun, and off-screen violence against women.

The Night House is streaming now on the following services:
Powered by JustWatch