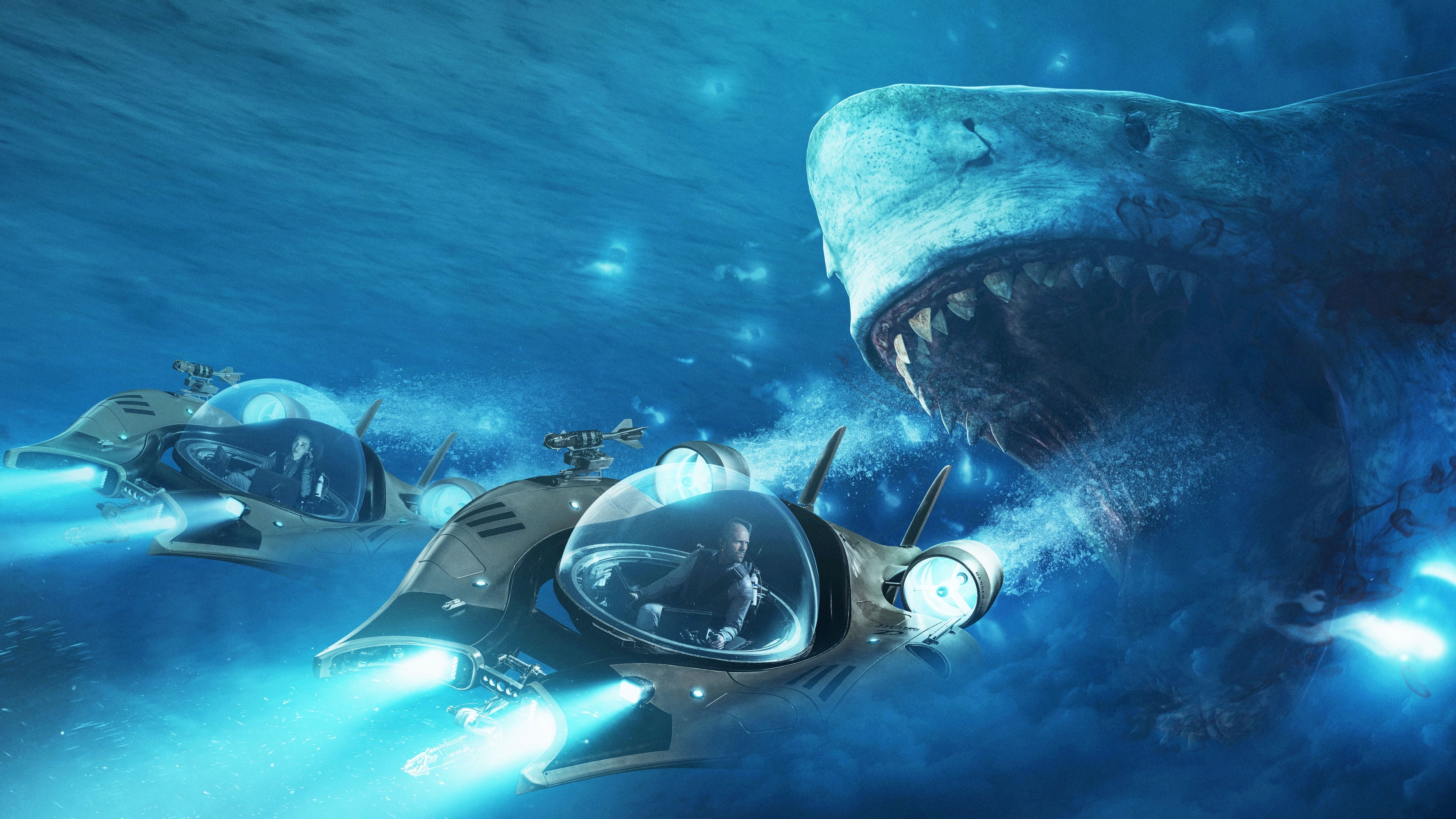 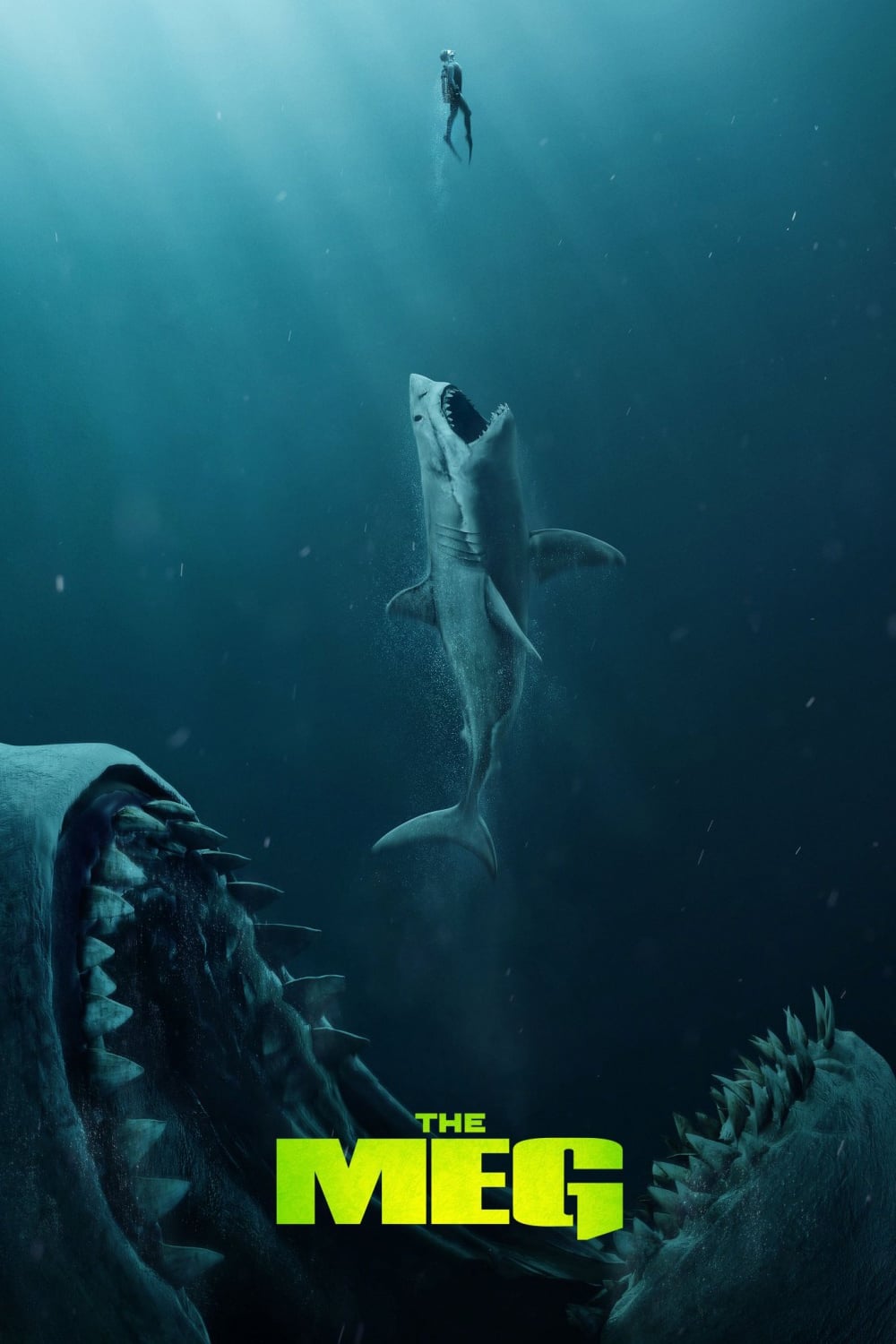 We’ve no shortage of shark movies in the last 5 years. The Sharnado franchise (Sy-Fi, 2013) alone would have been than enough garbage-guppy films to last a lifetime, however, that clearly didn’t stop THE MEG (2018) from being made. This isn’t a bad thing because the cheese has been set aside for a solid 2 hours of action, minor drama, and a huge monster mere humans weren’t meant to fight.

By the way, if some of this seems familiar, it may remind you of the trauma John McCain – I mean Will Sawyer experiences in Skyscraper (2018). Broken men doing heroic things seems to be a perpetual theme this season.

Fancy deepwater research station Mana One has discovered a layer of seafloor what might actually be a coldwater layer and decide to breach it to see what’s beneath it. Here you may ask why drones aren’t sent down instead as a safer option but don’t because The Meg is not here for your negativity. Using all manner of lights and vibrations, the Little Sub That Could is battered out of operation by a massive creature their fancy-pants radar could not detect. Above on the Super Fancy Research Station that has planned for every eventuality except what to do in a catastrophic emergency, it’s decided to retrieve the ONLY MAN EVER to survive a deep water rescue to rescue the hapless crew from a certain death of the bends and oxygen deprivation.

Jonas Taylor (Jason Statham) is the reluctant survivor of a submarine rescue mission 5 years prior where lives were lost and his story of a giant sea creature was dismissed as air bubbles in the brain. 5 years seems to be the Hollywood benchmark where people are no longer actively traumatized and can be approached for dangerous missions, yet still be recent enough where people will hold near fatal grudges about loss of life, destruction of property, etc. He has retired to a life of sun and drink in Thailand, yet still maintains his cut physique, presumably by bench pressing stacks of children or discarded motorcycles – I dunno, I was just in awe with all of him.

It is post-rescue that things go sideways for the station as something massive has followed the team back and like all sea-faring garbage guppies, it’s hungry af. It becomes a race against time and vast amounts of ocean to save the sun worshiping beachgoers off the coast of China blissfully doing the things that ring the shark dinner bell.

Okay, look – this isn’t Jaws (1975). We won’t get Matt Hooper’s clever, nerdy witticisms or Quint’s fatalist attitude, but we do have a badass Jaxx (Ruby Rose) and cute as a button Meiying (Sophia Cai). We also have a touching storyline of father/daughter (Winston Chao/Bingbing Li) bonding and the wisecracking antics of the token black guy (Page Kennedy) who’s just happy to make it to the second reel. What The Meg lacks in compelling plot, it more than makes up for in underwater sequences, thrilling action and satisfying (if permanent) conclusions. There may even be a romance blossoming!

The Meg feels like a summer movie that’s not asking you to think or feel any particular way. It doesn’t want you to pick a side or have lengthy discussions about it over coffee. It invites you to sit in a theater, balance a tub of popcorn on your knee and enjoy a frozen beverage while marveling at the folly of man over nature. Just let it be, and it will entertain you.

The Meg is streaming now on the following services:
Powered by JustWatch