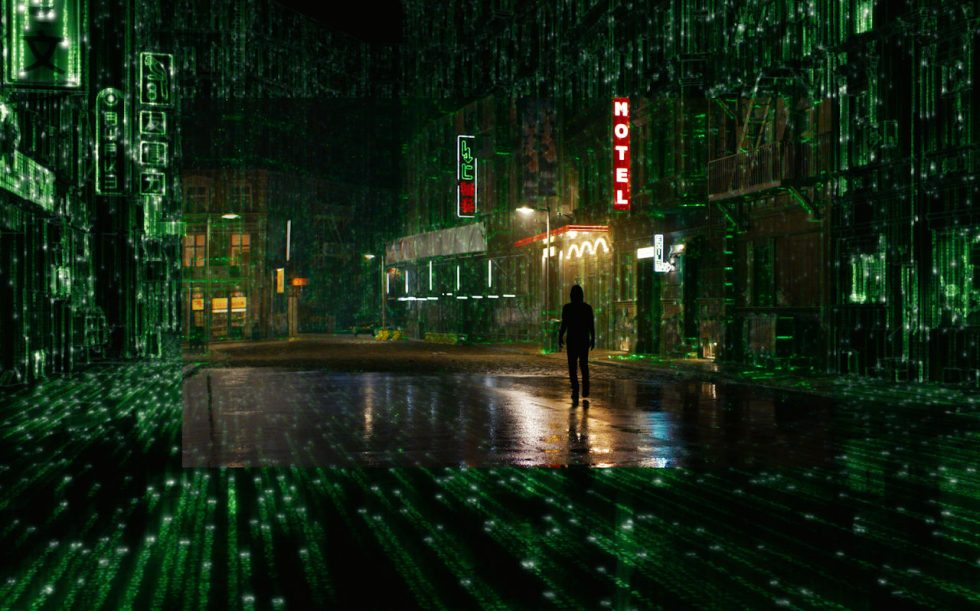 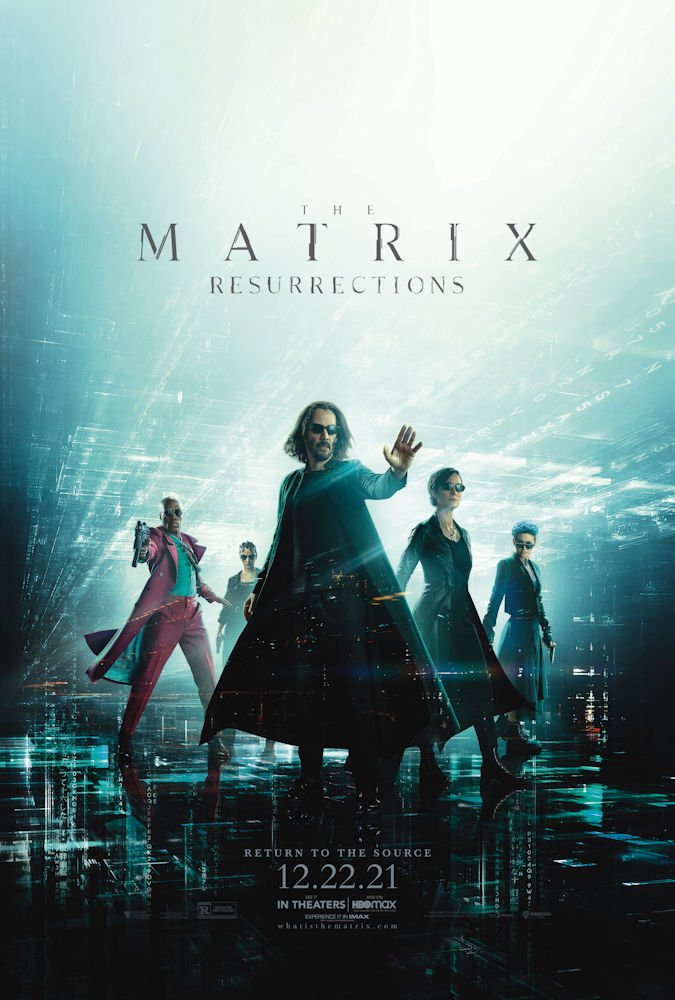 You know those clip compilation shows our favorite network series used to have mid-season because someone was either in the hospital, about to make a huge decision, or had died? Short scene – have a clip. Leading dialogue – here’s a clip. Outrageous scene for a laugh, oh, another clip. That’s what you can expect with The Matrix Resurrections (2021). It’s a 2-hour 43-minute clip-compilation show with most of your favorites returning, and a few surprises along the way. In some places, it feels like it might turn into a two-parter, and in those places, you pray that isn’t the case.

In the spirit of not spoiling anything, we’ll keep this maddeningly vague. Thomas Anderson (Keanu Reeves) is a top software game designer who has made his mark with The Matrix game trilogy working for game development company Deus Machina (ho-ho). Thomas is successful but suffers from anxiety, and he spends long hours sifting through specific parts of old Matrix game code. He takes a lot of blue pills. His analyst (Neil Patrick Harris) wants him to be more in the now, but Thomas can’t help but lose himself in the whimsical fancy of saying hello to a woman (Carrie-Anne Moss) he sees in his neighborhood coffee shop. Warner Brothers (it’s meta) wants Thomas to revisit The Matrix for a sequel or a prequel or a reboot – no one knows! And this is causing a little of the old Anderson PTSD to resurface. He’s not looking forward to reliving his own creation, but Others have been sifting through his code as well, finding differences and anomalies, while looking specifically for him.

I won’t tell you The Matrix Resurrections wasn’t fun, at least in parts. What you’re looking for when you sit down in that theater or your favorite chair and the logo winds up is recapturing some of that lightning in a bottle. You want to feel the way you did 18 years ago following the white rabbit for the first time. We almost get there. While we’re picking our way through the first act, that familiarity begins to wear a little thin. Our hero isn’t looking too stable and real doubt starts to form whether this is the guy that can come through and save the day. There are far more flashbacks than are necessary, so you find yourself mentally rolling your hand in a “come on, already” gesture because you’re surely positive that once Lana Wachowski gets all of the characters on the stage, she’ll really get this show moving.

There are a lot of characters, and we might lose track of one or two of them.

The Matrix Resurrections feels like a Matrix movie with familiar features: hand-to-hand combat, running up walls, and of course, bullet time. There is far less physical fighting with the main characters – which is odd because who is Neo but a baby John Wick. What hand-to-hand we have is rehashed from the first few movies, so don’t get super excited. Only in this sense, does The Matrix Resurrections not feel like a Matrix movie. It feels mature, a little more cautious, and maybe a little angry, as 18 years later, nothing has changed and we’re doing this AGAIN.

Buckle in for a lot of talking in The Matrix Resurrections. The retelling leads to the rebuilding of core parts of the Matrix but there are gaps in the rebuild. The exposition in places weighs down the pacing although not nearly as much as the flashback sequences. If you’re a fan and a lot of us are, at least casually, you’ve probably spent the last few weeks catching up on the first three movies, so the slog down memory lane wasn’t necessary, and the flashbacks really put the spotlight on who wasn’t included in this installment.

I did not hate it. In fact, most of it was quite fun, but overly meta. Lana Wachowski has a very complicated relationship with her own creation. It’s both lovingly nostalgic and passive-aggressive.  Fan service and easter eggs are everywhere, allowing for a brief smile and a chuckle before debris and bullets rain down. It may take a few viewings to catch them all. Dialing out seemed more abrupt and seamless, but no one uses landlines anymore. Standouts like Jessica Henwick, Jonathan Groff, and Yahya Abdul-Mateen II try their best to keep The Matrix Resurrections familiar and fresh, but I gotta say, it’s 2021 and we’ve evolved beyond the Thunderdome goth gear. There are some fun scenes I won’t spoil, but I will say the love-hate relationship between Neo and Agent Smith remains a highlight for me.

I wanted a little more, but I’m mostly satisfied with what I got. There are post-credit scenes which aren’t entirely necessary, but you’ve got no place else to be.

The Matrix Resurrections (2021) is rated R for people getting shot, people getting stabbed, people getting the utter crap beat out of them, pod goo, that weird shift thing that Agents do, and weird swarm-berserker behavior that I found more unsettling every time it happened.

The Matrix Resurrections is streaming now on the following services:
Powered by JustWatch