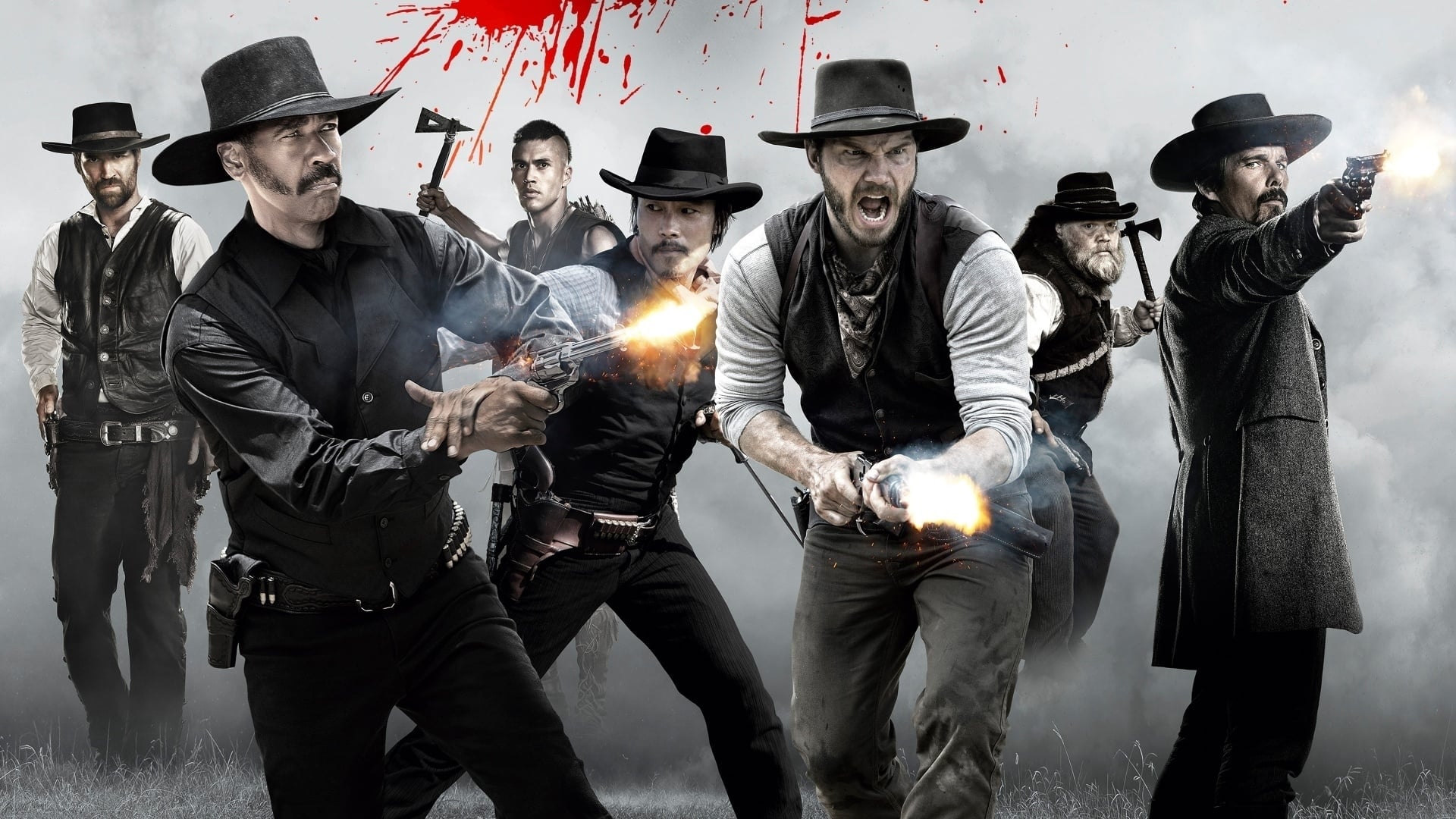 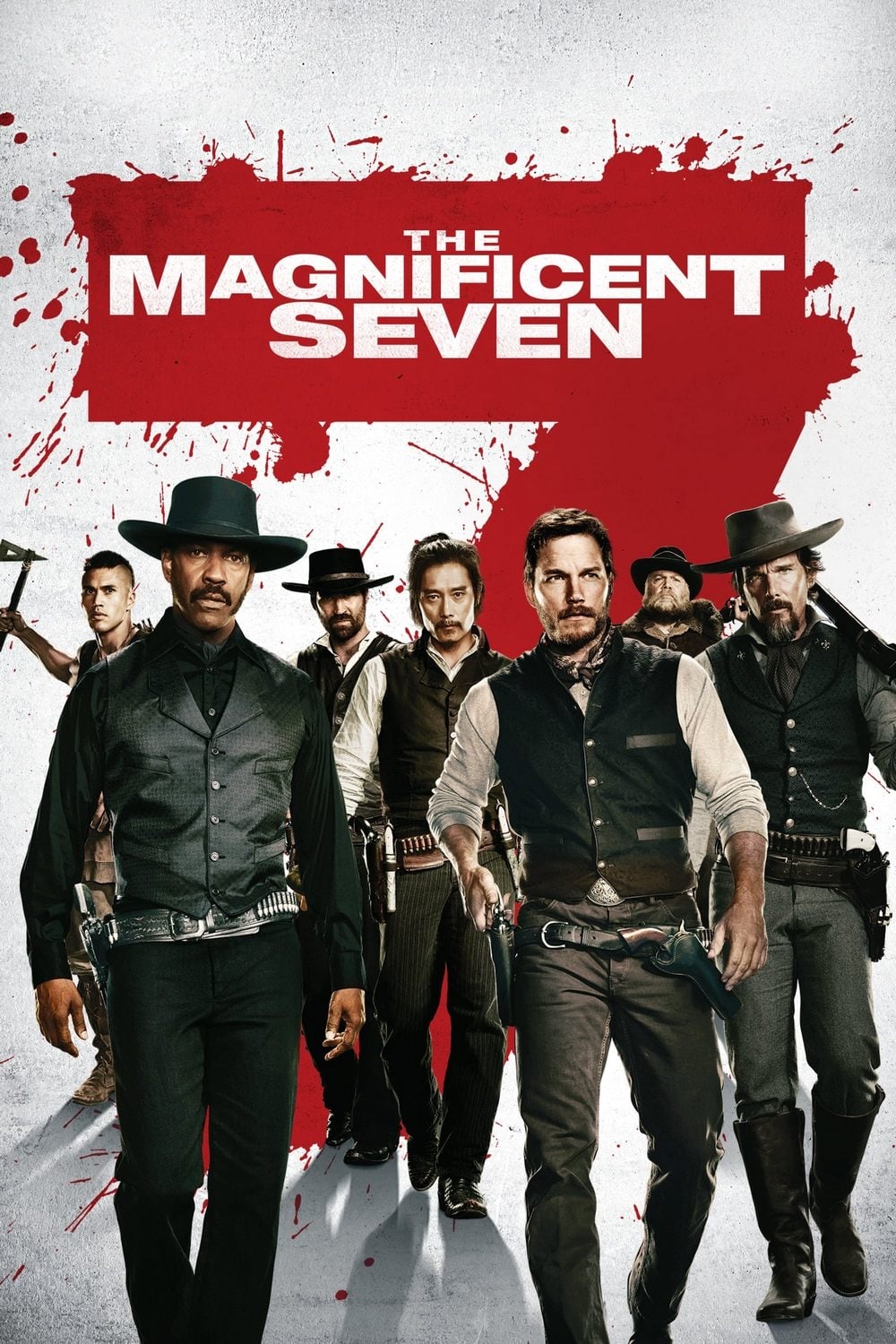 I often get on the movie industry about remakes, reboots and money grab sequels. Originality should count for something! So with that said, you can imagine my feelings of ire and trepidation upon learning that a remake to a classic western was in the works starring an A-list actor that I could never see cast in such a role. The classic that I am speaking of is The Magnificent Seven which starred legendary actors such as Charles Bronson, Yul Brynner, James Coburn and Steve McQueen. It stood up to the test of time for many years earning its way into the hearts of countless fans of traditional westerns. Some 50+ years later a decision was made to dust off those old cowboy boots and start riding again.

Denzel Washington (The Equalizer (2014), American Gangster (2007)) takes on the lead role of Sam Chisolm, a bounty hunter willing to go that extra mile to bring in his targets to justice by any means necessary. Unbeknownst to Chilsom at the time, his past would be catching up to him in the most opportunistic and dangerous way. A young lady named Emma (Haley Bennett) goes on a search to find someone, anyone who is willing to fight by her in order to free her small town from the tyrannous grip of one Bartholomew Bogue (Peter Sarsgaard, Black Mass (2015). You see Bogue doesn’t live by the normal law abiding society’s rules, if he wants something he takes it. And what he’s taken from the poor town in which Emma resides can never be replaced.

Chilsom decides to assist Emma in protecting his town, but this is no small feat that can be handled alone. To that end, Chilsom goes on a recruiting spree by offering various individuals the opportunity to be part of something bigger. This immensely diverse group is known as The Magnificent Seven. Coming from all walks of life, the group must come together if they hope to survive being outnumbered and outgunned fighting for a place they knew nothing about a mere week ago.

Director Antoine Fuqua (Olympus Has Fallen (2013), Training Day (2001)) knows how to make an entertaining movie. He’s proven that fact time and time again regardless of how some critics may feel about his work. Fuqua is a good bet when it comes to profitable projects. His go-to actor that has worked with on more than one occasion in the past is Denzel Washington. Only someone like Fuqua could see Denzel pulling off this role. Fuqua also has history with Haley Bennett (Hardcore Henry (2015)) whom he also worked with on The Equalizer (2014). Ethan Hawke (Boyhood (2014)) and Vincent D’Onofrio (Netflix’s Daredevil) both appeared in Brooklyn’s Finest (2009) which he directed. Chris Pratt (Jurassic World (2015), Guardians of the Galaxy (2014)) brings his staple comedic side to The Magnificent Seven which I’m guessing should help in making this appeal to an even wider demographic. The rest of “The Seven” is rounded out with Byung-hun Lee (G.I. Joe: The Rise of Cobra (2009)), Manuel Garcia-Rulfo (Cake (2014)) and Martin Sensmeier (WGN’s Salem).

All of these pieces come together in an electric and entertaining way. The feel of The Magnificent Seven has a very authentic feel to it as far as westerns go but it also has that modern entertaining pizzazz that will keep viewers engaged throughout. In Fuqua I trust. There is no doubt that he’s a fan of films and it pretty much shows from movie to movie. The casting looks interesting on paper and brilliant on screen. Fans of the original should give this, dare I say it aloud…remake a ringing endorsement. While not walking exactly in the footsteps of the 1960 original, there is more than enough remaining that puts it on a parallel track of success. My rule of thumb is to wait at least one generation (as defined as 25.5 years) prior to remaking, rebooting or retelling a story. When it’s a classic, wait even longer. Both of my silent rules were honored by the length of time that has passed (56 years for the non-math majors out there) and it is pretty much MAGNIFICENT. So why are you still reading this? Get to a theater near you now and check it out.

The Magnificent Seven is streaming now on the following services:
Powered by JustWatch