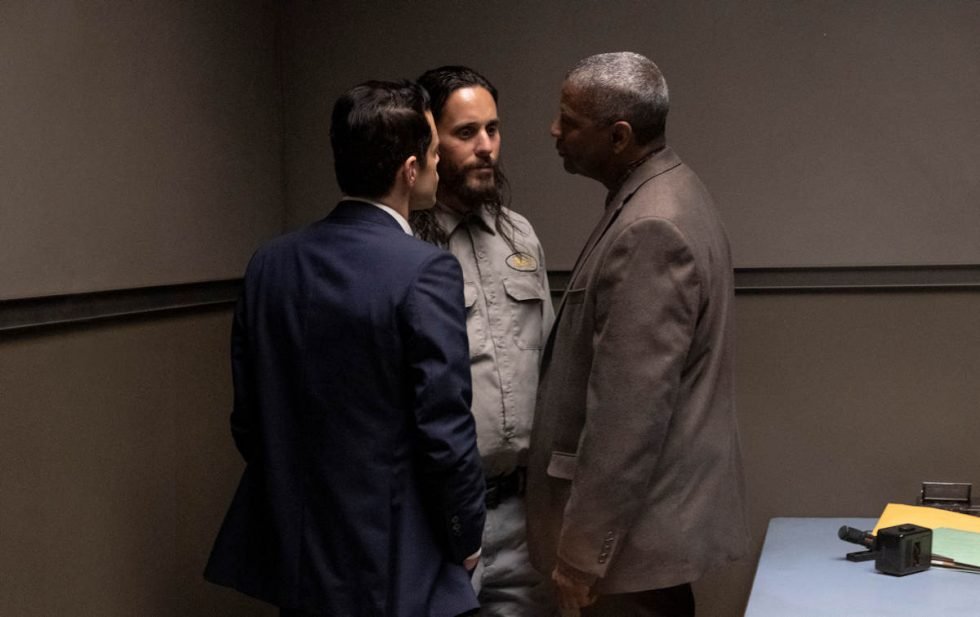 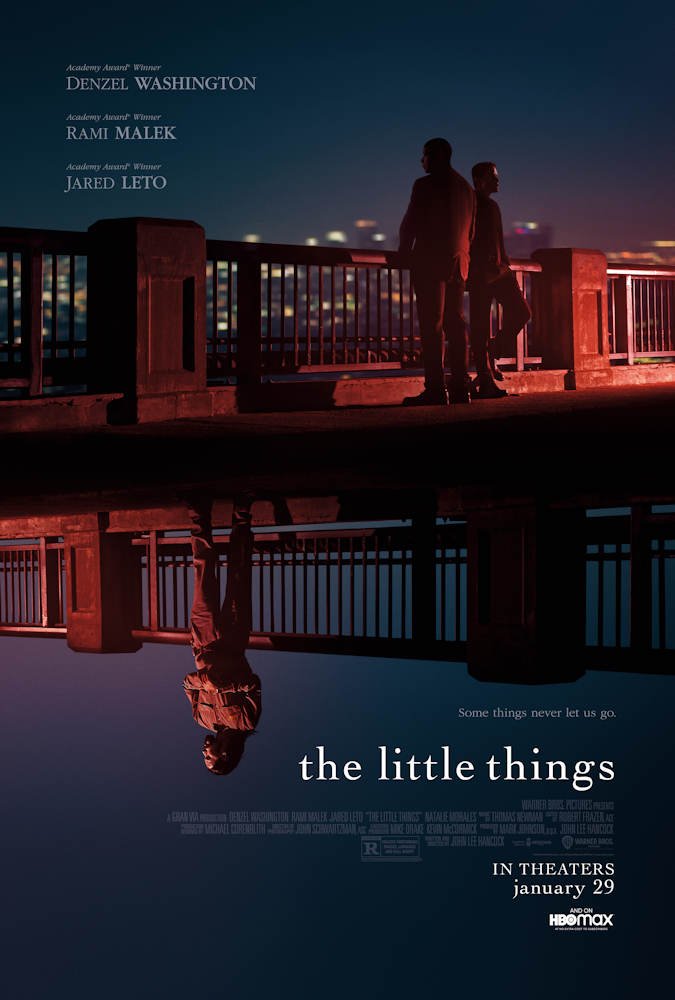 There is an over-exposed and gritty feel to John Lee Hancock’s The Little Things (2021) that makes it feel both intimate and hollow. It’s a cops’ story, to be sure, with far less emphasis on the crime leaving the overall movie murky and vague, with only a high-intensity bare bulb solely on the characters. It very nearly works. If you’ve come into this expecting a procedural, you’re only getting half.

Deke Deacon (Denzel Washington) is a cop measuring out his days to retirement with teaspoons. A county deputy outside of Los Angeles we can imaging the bulk of his crimes being the occasional rolling meth lab in the bed of a pickup truck and maybe kids necking in the apple orchard. When he’s sent on an errand to pick up some evidence from an upcoming trial he runs into former colleagues at his old precinct that are none to happy to see him. Why remains a mystery – and sorry but the barely contained animosity really makes no sense – and while he’s promised to stay out of everyone’s way until he can retrieve what he came to get, he finds himself pulled into the current high-profile case. Detective Jim Baxter (Rami Malek) is intrigued by Deke’s honed and hardened skills as a detective and invites his unique insight. Deke cashes in some vacation time and together they hunt down a serial killer, who may or may not be taunting them. It brings Detective Baxter perilously close to some unsavory ideas about himself, and for Deputy Deke, it resurfaces his last big case which destroyed his marriage and his health and got everyone mad at home (again, exactly why is never made clear).

Right off the bat, The Little Things has some incredible acting. Denzel will never not play the world-weary badass to perfection. Even when Deke is spiraling close to the edge he maintains tenuous control of the chaos around him. It stands in stark relief to Malik’s Baker, who is incredibly book smart, but well out of his depth with this case. Together they make the kind of detective team that would make an amazing book series, with an intricate cat and mouse chase of maybe/may not serial killer.

Unfortunately, The Little Things is a stand-alone movie, and for all of the fantastic character development and deep connections between Baxter and Deacon, not a whole lot happens. The murders are both off-screen and relegated to the background, so while these men have jobs to do, they don’t seem to be doing it a whole lot. It’s a very talky movie with fog and dolly-rolled flashbacks to Deacon’s days before he cracked. These flashbacks are also told in maddening slices, so at first, you think maybe he’s killed a hippo (maybe that’s just me) but it’s the silhouette of a large rock and a murder, but it takes nearly 2 hours to get the full picture. We see this is a tortured man, continually undone by actions he can’t take back and for all of his innate skills, it proves he has no business being a cop anymore, much less carry a gun. I don’t think that was the message writer-director John Lee Hancock wanted to get across. I also don’t think his message is women exist to be victims and or supporting staff who walk in occasionally to clean up your messes, but when you really mess up, they take to their heels and walk away. It’s sad because there are solid performances by women who are sympathetic to Deacon, from the medical examiner (Michael Hyatt) who saved his ass those years ago to the ex-wife (Judith Scott) who just couldn’t watch him repeatedly destroy his life case after case, to the string of dead women who haunt his mind at all hours because he couldn’t bring them justice. They’re footnotes to this testosterone-driven LA noir, because it’s a man’s world. It’s okay to just shake your head.

Jared Leto plays the maybe serial killer and maybe I’m just burnt out on Leto or the characters he chooses to play. I’m tired of the too-smart, too-clever, too wiley drifters who are too clever to ever be caught. Not only does it cheapen the over-time clocking detectives who manage to fall two steps behind him every time. It takes the fun out of the story. Glorifying this imaginary type of killer feels lazy when life and history remind us most of them remain uncaught due to sheer dumb luck or a lack of technology, not because they’re some weird combination of Jesus and Charlie Manson. Leto feels dropped into The Little Things because “unstable genius” sells, right? He has no real place in this movie so the scenes are more or less crafted around him. Albert Smarma is no Se7en’s (1995) John Doe (Kevin Spacey) who was bored waiting for the police to finally find him and his perfect manifesto. Albert Smarma is just a loner with a death wish.

After 127 minutes of watching men poke at each other through a fence of procedure, cop talk, and warrantless searches, you want to walk away feeling like you’ve watched something incredible with Oscar-caliber actors. Instead, you may find yourself standing in your kitchen, blinking into the too-bright light of your refrigerator, wondering how the beer got there – because the movie certainly didn’t tell you.

The LIttle Things is streaming now on the following services:
Powered by JustWatch