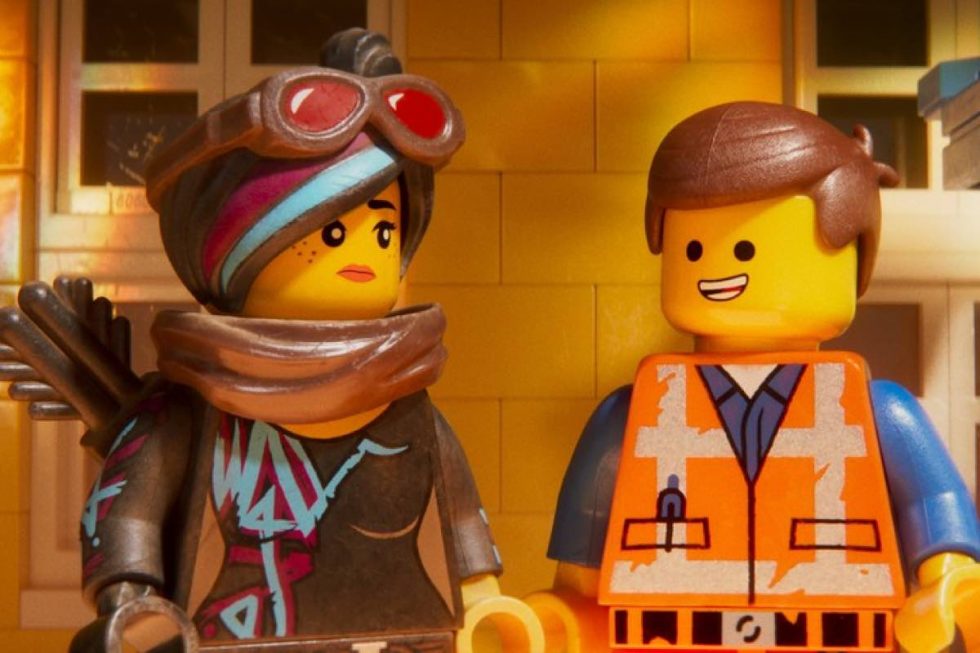 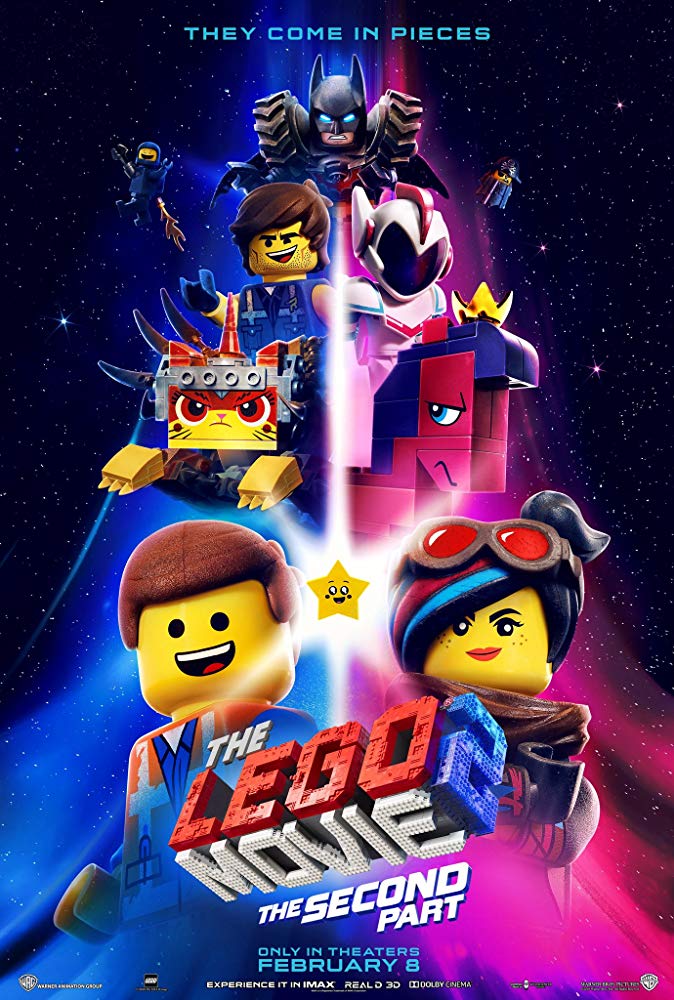 The LEGO Movie 2: The Second Part

Rewind to 2014. I was not expecting to love The LEGO Movie. Actually I thought I’d hate it based on pretty much every previous small-screen incarnation of the famous brick. But here I am today, a very huge fan of the film’s innovative animation, clever writing, and lovable characters. It was awesome man.

So…the bar was always going to be high for an eventual sequel.

The LEGO Movie 2: The Second Part reunites everyone involved in the original film. Screenwriters and directors of The LEGO Movie Christopher Miller and Phil Lord pass directing duty to Mike Mitchell, who led the surprise-hit Trolls in 2016. Chris Pratt, Elizabeth Banks, and Will Arnett return to voice our favorite Bricksburg heroes, while Tiffany Haddish adds her fun take as the shape-shifting Queen Watevra Wa’Nabi.

The movie picks up directly following events in the original; Lego Duplo blocks, built by Finn’s little sister, have come to destroy everything he’s created in the basement. Finn adapts his Lego storytelling to one of despair. Over (real-life) five years, the once sprawling Bricksburg is leveled. The dusty remains are known as Apocalypseburg. Emmet (Pratt) however, is as bubbly as ever. Wyldstyle/Lucy (Banks) mostly broods and tempers her companion’s optimism. Their world is once again shaken by the arrival of a LEGO Friends-style character known as General Mayhem (Stephanie Beatriz). She kidnaps Emmet’s friends and takes them to the Systar System. Emmet embarks on an adventure to save his crew and enlists the help of time-traveler and dinosaur-trainer Rex Dangervest (also voiced by Pratt, doing a Kurt Russell/Jack Burton-esque impression).

General Mayhem delivers her prisoners to Queen Watevra Wa’Nabi who explains that peace in the Universe is required, or an “amommapocalypse” will finally destroy both of their Worlds. The lesson we glean from all this is that Finn (Jadon Sand) and his sister Bianca (Brooklynn Prince) need to start getting along and playing together, or their Mom (the hilarious Maya Rudolph) is coming to take their toys away, once and for all.

The animation, writing, and the characters are as delightful as ever. Mike Mitchell’s influence is noticeable with the addition of several new musical numbers and the sparkling new worlds our heroes encounter – those changes make sense given Bianca’s own vibrant imagination. This outing even has its own catchy tune, the appropriately titled “Catchy Song”, and the “Super Cool” end-credits song that’ll keep you glued to your seat long after the feature has ended. The movie feels fun however, it lacks one crucial piece: novelty. The LEGO Movie caught audiences off-guard by separating itself from LEGO’s preceding cartoons and the smooth computer-animated style that dominates the current era of Pixar and Sony Animation features. With the exception of Laika-made movies, The LEGO Movie was innovative. But then came The LEGO Batman Movie and The LEGO Ninjago Movie and much of that novelty has worn off. Unfortunately, this sequel doesn’t set itself apart from what is now becoming “the LEGO formula,” despite that being the first pitfall Emmet ever learned to avoid. In other words, The LEGO Movie 2: The Second Part is worth watching, but it’s not “the special.”

The LEGO Movie 2: The Second Part is streaming now on the following services:
Powered by JustWatch