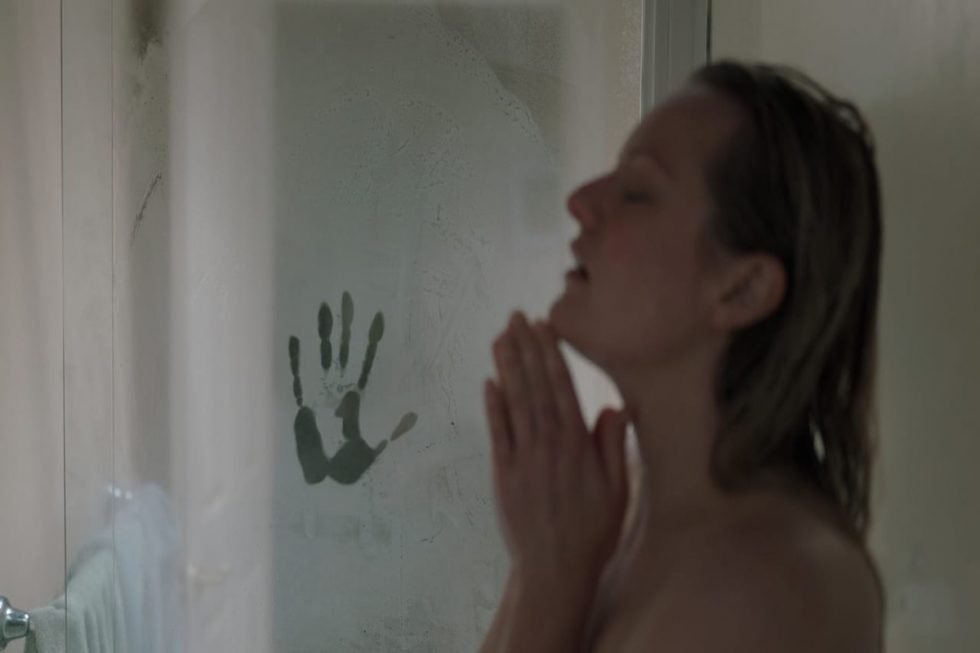 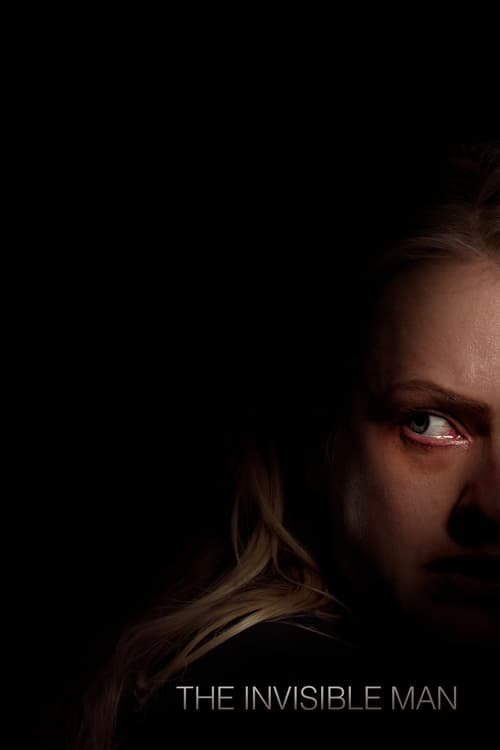 The Invisible Man is not for the faint of heart. I saw this as someone who’s heart rate peaked at 124/bpm in the last 45 minutes of the film.

Cecelia (Elizabeth Moss) has recently fled her very rich, very brilliant husband Adrian (Oliver Jackson-Cohen) and lives in mortal fear he’ll drag her back to a life of constant surveillance, and emotional and physical abuse. She is skittish, paranoid, and always on edge. Cecelia moves in temporarily with police officer James (Aldis Hodge) and his teen daughter Sydney (Storm Reid), friends of her sister, Emily (Harriet Dyer). Shortly, the husband commits suicide, and life for Cecelia should be settling down as she comes into a bit of money and believes she’s free from his influence. Except she can’t shake her heightened paranoia due to the years with her abusive husband, tuning her into the dreadful reality that something isn’t right. She knows he’s still watching her, somehow, and he begins to turn her life upside down, snipping away at her safety net, driving her to more and more erratic acts that only make her look dangerously unstable. It also highlights how while we want to believe victims, deep down, it takes very little to solidify our own confirmation bias against them.

The Invisible Man is next level gaslighting as Cecelia’s life is systematically ruined through the most mundane of acts she has little control over. Adrain literally slips unseen into her new life and plants the seeds of doubt among the people she trusts most. It’s not a stretch to assume she’s over-reacting with the amount of stress she’s been under, and the constant pointing at empty corners adds to the doubt. Director Leigh Whannell excels in showing us that Cecelia is indeed being attacked, while at the same time showing how improbable her claims are. Especially cool, is that unlike other “invisible people” films where there is always a shimmer or noticeable artifact showing that “someone” is “there,” Leigh Whannell doesn’t bother with that. We can’t see Cecelia’s tormenter, and we begin to doubt our own eyes – and we’re not being stalked. It’s kind of brilliant.

We can literally see both sides, and those that love her believe they are acting in Cecelia’s best – and it all makes sense, we also understand the mortal danger she’s in. They treat her exactly how someone on the other side would treat a mentally unstable loved one – we have our safety and well-being to look after. Cecelia’s vulnerability doesn’t make her helpless or ignorant, and nothing she does is out of character with someone in her situation. She initially falls into well-laid traps, but she shows a survivor’s strength and resilience making her so much less a victim and more a very, very dangerous adversary.

Were it not for the stellar supporting cast, including Michael Dorman as Adrian’s slimy lawyer brother, Tom; this movie may not have felt *as* scary and claustrophobic. Emily provides the support Cecelia needs but is also wear of her sister’s hysterics. Tom is also a survivor of Adrian’s abuse but shuts off his emotions to cope, turning him into a ruthless sidekick to Adrian’s plans. Nothing in this film is improbable (and I mean outside of the invisibleness), so the suspension of disbelief hangs in front of you like that giant descending venomous spider you know is there but can’t see. Unlike The Rhythm Section (2020), released earlier this year, The Invisible Man has a smart, believable survivor who knows the value of self-preservation and self-defense.

The Invisible Man is a terrifying film. The sound is amazing – and full disclosure, I saw this on one of those Dolby-rigged theaters, which honestly made it far too loud, but I still enjoyed the overall sound, just not the experience. Blumhouse proves you can take a well-trod concept and classic monster, and turn it into something modern and spine-chilling with the right script, the right case, and well-spent money.

The Invisible Man is streaming now on the following services:
Powered by JustWatch