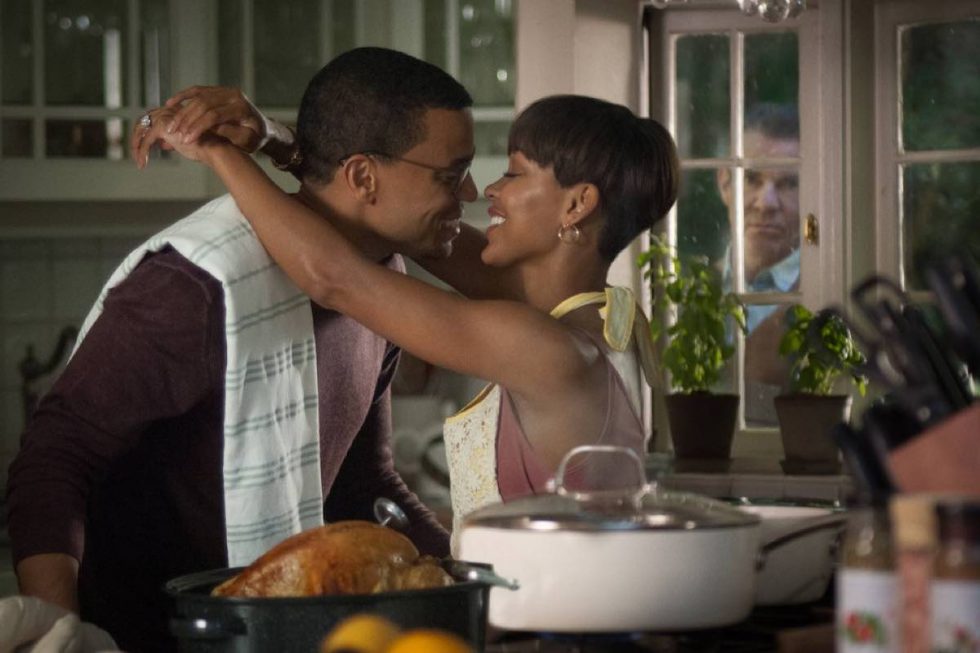 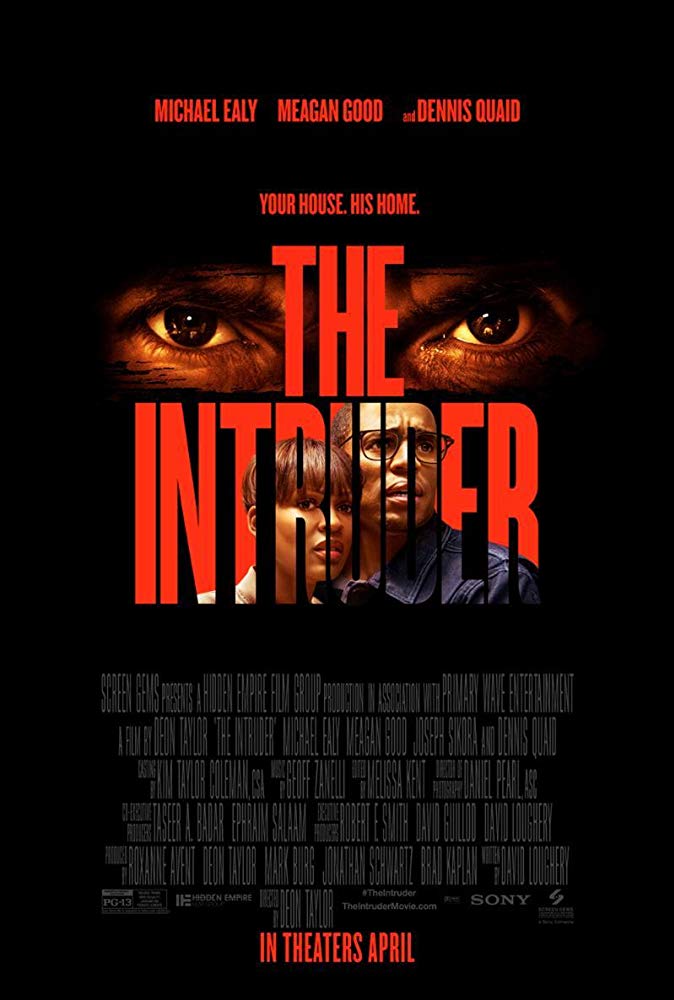 We’ve seen this movie before: couple moves into a new environment, environment is friendly at first then becomes increasingly hostile, environment goes full crazy, people get bloody. The Intruder was a paint-by-the-numbers thriller, which unfortunately only 1/3 of the main characters managed to remember.

Scott (Michael Ealy) and Annie (Meagan Good) move to the house Annie has always wanted so Scott can have a three-hour daily commute. Annie wants to have kids and she wants them to play in the fresh open air, but totally not any of the parks in San Francisco or near any actual neighbors with kids since it’s wine country and in the middle of nowhere. Annie “works” from home as a writer for an unnamed women’s magazine, because it’s what modern women do according to screenwriter David Loughery, who’s super big into reducing women’s work to office temp, photojournalist, or homemaker. I hope Annie’s next column is about the dos and don’ts of trusting hot older men who want to kill your husbands. I would totally read that.

Annie’s $3.5M dream house belongs to lovely widower Charlie Peck (Dennis Quaid) who tries to murder them during their first meeting – as you do. Charlie has to sell because his wife died and he’s moving away from memories. In the fastest closing in history, they move in and Charlie moves to a hotel in town to prep for moving to Florida.

Except Charlie always seems to be underfoot – mowing the lawn, comforting Annie, showing up for holiday dinners months apart, helping Annie put up lights. This leads to tense conversations between Scott, who knows Charlie is indeed after his wife, and Annie, who insists Charlie is just lonely because he lost his wife. Annie is a bubblehead because David Loughery doesn’t know how to write women.

Maybe this is how new couples interact – by which I mean not at all. Annie is suspicious of Scott. Scott thinks Annie gives too much leeway to Charlie. They snipe and pick and make faces, mostly over McGuffins – I mean “minor subplots” unresolved from prior to their marriage. Scott and Annie have trust issues, which allow each to be Petty Bettys out of spite, Annie more than Scott. Scott has childhood trauma. Scott is suddenly a jogger. Scott’s suspicions of Charlie are dismissed by Annie with extreme prejudice because Annie is a bubblehead. They are a very good-looking couple who were it not for the fact that they have stupid amounts of money and Annie can therefore not write a single sentence at her leisure, would be divorced by now, and not buying a house too big for them and 4 non-existent kids.

Dennis Quaid, bless his muscle, recognizes this role for what it is and chews scenery with all of the gusto his crazy eyes can give him. Here is a good-looking man, extremely fit for his age (hello, sailor!). The twists involving Charlie and his obsession are the best part of The Intruder. It’s sad and intriguing and he’s got such an open face, it’s hard not to crush just a little bit. However, his overt fondness for the house and Annie made me uncomfortable (which, however, is how it’s supposed to work) and it should have set off alarm bells for the object of his affection (it, however, did not). Screenwriters, there’s no need to make your characters so naïve they literally fall into the plot. That’s lazy and it’s no fun to watch.

So, clearly, my biggest problem with The Intruder is the total lack of character development (mostly Annie), which falls squarely into the lap of screenwriter David Loughery (imma keep saying it). I looked over his previous projects, most recently Obsessed (2009) with Idris Elba, Beyonce, and Ali Larter who plays a woman obsessed with Elba’s character. In an interview Loughery says about “Lisa”, she’s “not a villain in a traditional sense; she’s not setting out to wreck a marriage or ruin somebody’s life. She really believes that [Derek] is in love with her.” PLOT OF OBSESSED: Woman attempts rid of the wife of the man she’s is in love with.

This is the kind of eye-rolling on-the-nose experience we get with The Intruder. Everything Scott and Annie do has to lead to what comes next, even and including the aforementioned and very contrived Mcguffins. As a result, the movie feels ridiculous and lazy and lacks any kind of fun to be found in thrillers. I attended a “Scream Back Screening” which is supposed to encourage the audience to talk back to the screen –  frankly the worst idea ever – and we were all too dumbfounded by the mind-numbing ridiculousness to say a word.

Just give me the supercut of Charlie’s scenes.

The Intruder is rated PG-13 for over-the clothes sexytimes, swears, people getting axed, people getting stalked, and people falling off of balconies and onto chandeliers (another big component of David Loughery’ screenplays).

The Intruder is streaming now on the following services:
Powered by JustWatch