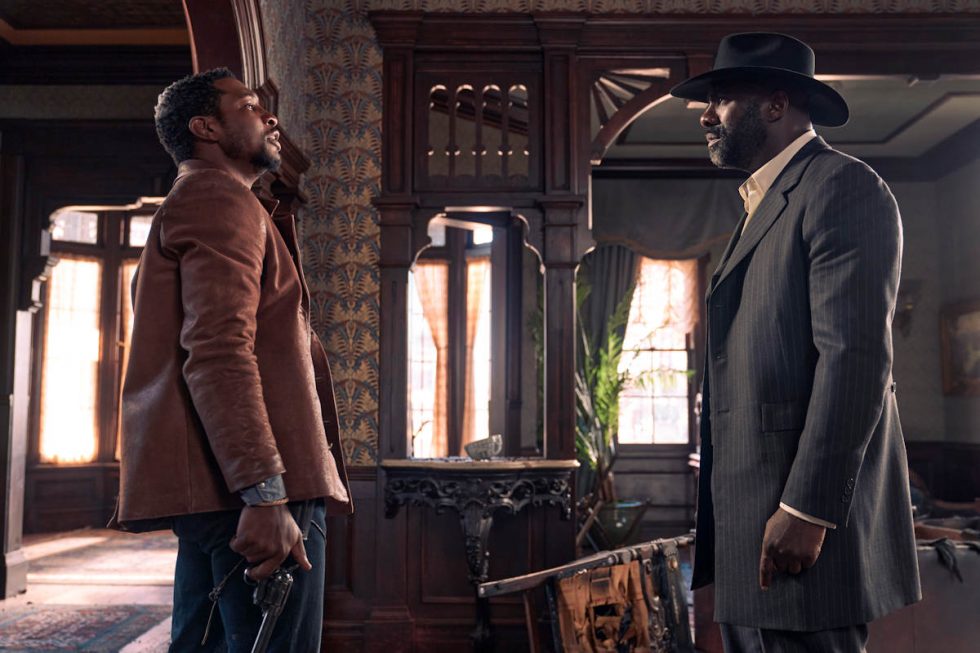 The Harder They Fall Movie Review

The Harder They Fall Movie Poster 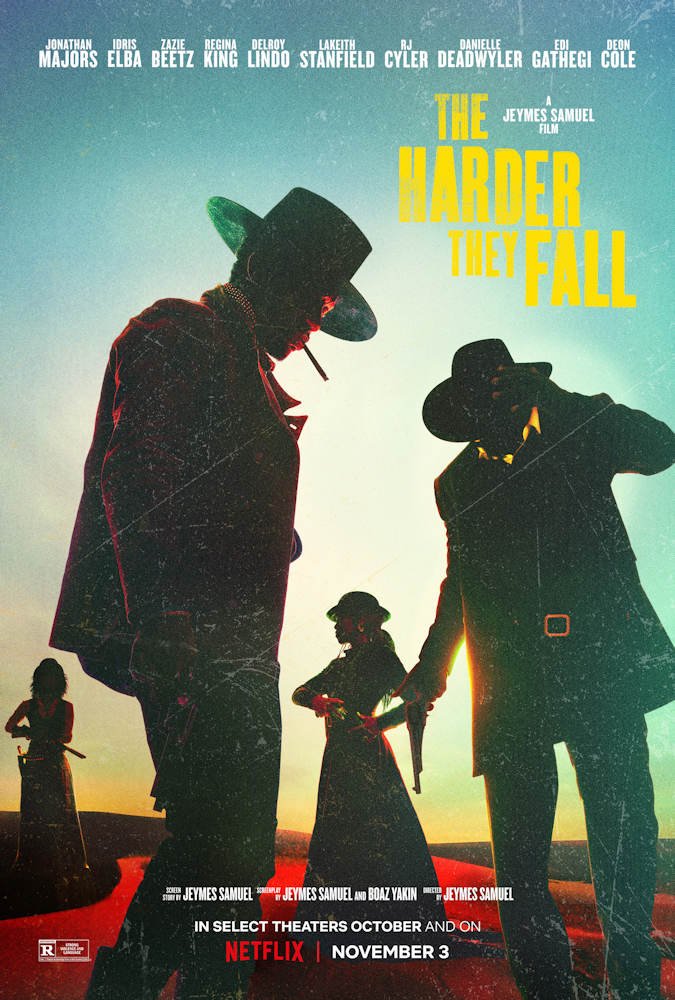 The Harder They Fall Movie Metadata

The Harder They Fall

The Harder They Fall External Links

The Harder They Fall Movie Trailer

The Harder They Fall Movie Tickets

When Nat Love hears the man he’s spent his life needing dead has received a pardon, he gathers his posse for one last run at the man who made him who has become became in The Harder They Fall (2021).

Nat Love (Jonathan Majors) is on the verge of settling down. A notorious bank robber that only robs other bank robbers (sure), Nat has eliminated what he believes is the last of a notorious gang – at least the members he can get to – that killed his parents 15 years prior. Ready to settle down with his main squeeze, Mary Fields (Zazie Beetz), a successful saloon owner, his dreams of endless idle contemplation are ground into dust when he discovers the root of his misery, Rufus Buck (Idris Elba) has been paroled. To make matters worse, Love’s gang has robbed Buck’s gang of $25K, which was going to be seed money for Buck’s new life, and Buck may be looking for payback.

Nat gets the band back together, backed by Cuffee (Dannelle Deadwyler), Bill Pickett (Edi Gathegi), “Stagecoach” Mary, and R.J. Cyler (Jim Beckworth). They’re unofficially assisted by a US Deputy Marshal Bass Reeves (Delroy Lindo) to take Buck down once and for all. They’re smart, they’re wily, but are they as deadly as they need to be?

The Rufus Buck Gang, led in his absence by “Treacherous” Trudy Smith (Regina King) with Cherokee Bill (LaKeith Stanford) as wingman, meticulously breaks Rufus from his transport train, and together they make for more friendly terrain. Rufus Buck settles down in Redwood, planning an expansion to keep colonizers and prospectors from buying out the residents of what he sees as a potential utopia. As with many anti-heroes, Rufus wants to do the right thing and his ideas are sound, but his methods are cruel and brutal.

Neither gang of Nate Love nor Rufus Buck are stupid people. These are calculating, successful sharpshooters, bank robbers, and criminals who have made a name and a living in the West, keeping to themselves and enjoying life. They want what’s rightfully theirs, even if their definition of “right” is skewed.

Everything about The Harder They Fall is snappy, from the pacing to the clothes to the soundtrack. Director Jeymes Samuel brings some Color *stage wink* to the Old West with a soundtrack worth downloading. Clothes are sharp and cut modern with an eye to the past.  No wilting damsels, Mary or Trudy, and both can fight, shoot, and glare with the best of them in full dusters and skirts. It’s worth mentioning that these are fictionalized versions of real-life Black cowboys from the 19th Century. We’re seeing Black actors playing Black characters who aren’t slaves or housemaids or enduring lynch porn for the gratification or entertainment of anyone. This is a compelling revenge tale that has not only some clever shots, but title cards, dialogue, and that superfun combination of thrilling action and dry comedy. Gunfights, bank robberies, train heists, dancing girls – this is the Old West we never saw on TV, and I am here for it.

Not once do you hear the N-word. I wish you could understand how wonderfully refreshing that is.

The Harder They Fall is a smart western with modern sensibilities that I can imagine a certain type of person absolutely hating – but I’m not friends with those people, so they can kick rocks. This movie is a lot of fun and if it’s safe, see it on the big screen as all westerns are meant to be seen. I don’t think you’ll be disappointed.

The Harder They Fall enjoyed a limited theatrical release but will open to everyone on Netflix, November 3, 2021. Find the biggest TV and turn the sound way up.

The Harder They Fall is streaming now on the following services:
Powered by JustWatch