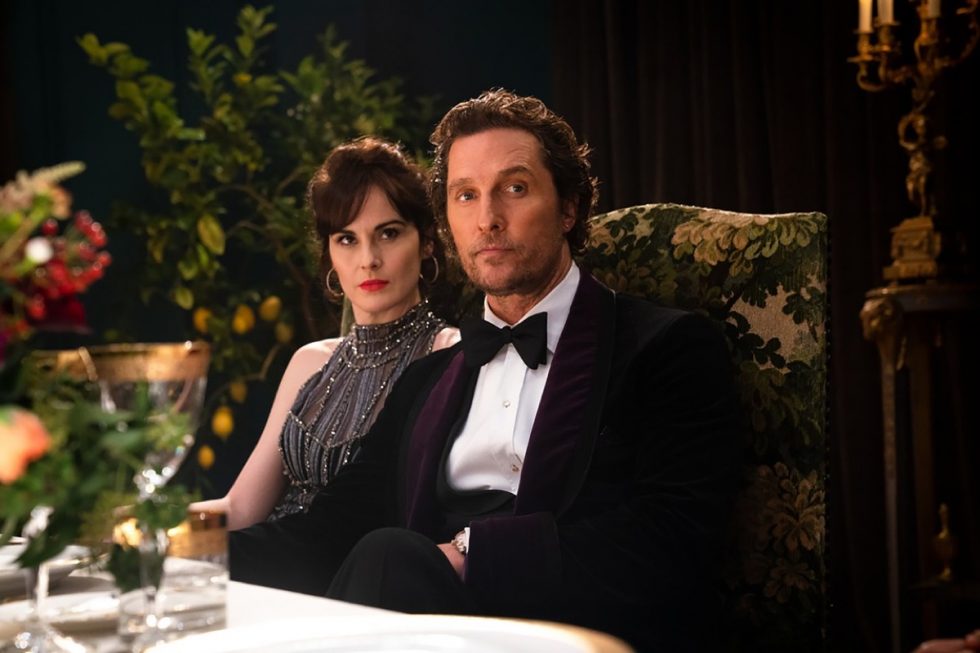 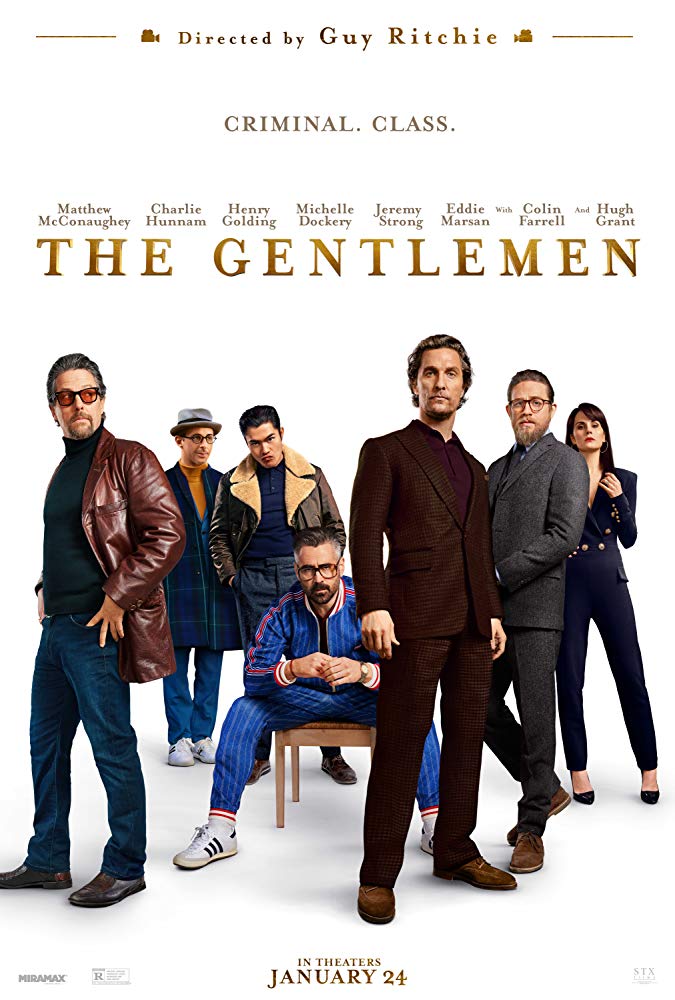 The Gentlemen is an exciting and literally colorful (those suits!) return to the British gangster scene for Guy Ritchie, his seventh feature film. After a departure from the eclectic underworld where he made his mark via Lock Stock and Two Smoking Barrels and Snatch, the return is a welcome one.

As with his previous films of the genre, audiences are introduced to a dizzying cast of characters whose own stories, generally hinted at, intertwine with the antagonist at a pivotal moment in his life. Matthew McConaughey stars as Mickey Pearson, an American who, over the past few decades has built a marijuana empire in the United Kingdom, and is looking to sell the entire operation and the secrets to how it operates.

Rumors of the sale kick off a sequence of events for Mickey and the various sharks circling to cash in on his exit. You have Henry Golding as an up-and-comer to a Chinese gang trying to make his mark on the London scene. Eddie Marsan is a tabloid mogul with a vendetta against Pearson. A great Charlie Hunnam is Pearson’s second in command, who is reluctantly accepting the background story from Hugh Grant. Grant, marvelous as the sordid private investigator Fletcher, is trying to snatch his cut of profit off of the swirling chaos. Jeremy Strong plays a billionaire investor in Pearson’s infrastructure, while Colin Farell is a morally compromised boxing coach to the gang of troublemaker youths he feels responsible for rearing. Finally, there’s Michelle Dockery as a no-bullshit business owner; match and muse for McConaughey’s Pearson.

From the opening sequence that recalls 007 movies to the end credits, the audience is kept guessing as to where Fletcher’s story will take them. Who will end up on top as competitor gangs, billionaire investors, tabloid sleazeballs, British regal upper class, and low-level street hustlers clash with disparate agendas?

While the movie is thoroughly enjoyable with great turns from Grant, Hunnam, Golding, Strong, and Marsan, the standouts came from Farrell, McConaughey, and Dockery. While Pearson can equate to many of McConaughey’s suave, charming characters of the past, his transition into bursts of fury and slow simmering rage are startling ties to the violent past he’s trying to leave behind. Something summed up by Hugh Grant in a Q&A session (following my screening), where he mentions that being vile as a character is way more fun (paraphrasing.)

Farrell lends terrific humor and humanity to his Coach, who consistently tries to do the right thing, but who is just so good at the bad, you question why. I could watch an entire movie around him and his spectacular crew of plaid tracksuited miscreants. Suits I could use 10 of.

Finally, Michelle Dockery dominates every scene she graces. Her intimidating presence among her employees’ acquaintances and even imminent threats stands in sharp contrast to the subtle fiery passion she exudes for her husband, Pearson.

Any fan of Ritchie’s former turns in the British underworld will have a great time with this film. The swirl of characters will leave you wanting more from all of them. While some plot points find mediocre resolutions, they are easy to ignore for the well-thought-out main storyline. Ultimately this story weaves the struggles of class and ambition through multiple levels of society, wealth, age, and experience. In this turn, Ritchie was able to harness some of his recent experience with family-friendly fare (Sherlock Holmes, Aladdin) to hit a more mainstream feel, in contrast to his macho catalog but without alienating longtime fans.

The Gentlemen is streaming now on the following services:
Powered by JustWatch