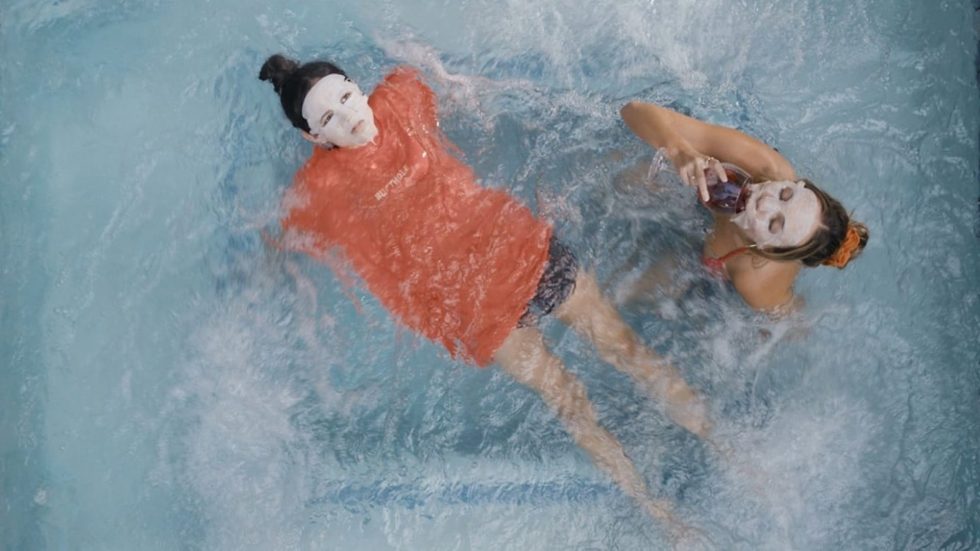 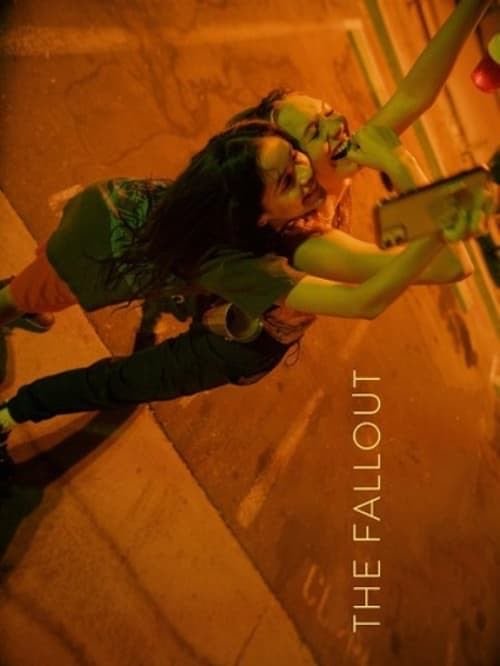 Six minutes. About the same time to brew and drink a cup of coffee. Or to empty and load a dishwasher. And enough time to forever alter the lives of so many.

It was like any other day, Vada (Jenna Ortega) and her best friend running late for school after a Starbucks run, joking around in the car. Vada is bored in class. But that day would turn out to be much different. Who would have thought that a trivial 911 text from her little sister during class would potentially put her life at risk and break her spirit? SXSW Grand Jury Award winner The Fallout tackles the taboo subject of school shootings, bringing together three classmates and forever uniting them in an unimaginable way.

Before the shooting, Vada was a bright, vivacious, sarcastic, and doting big sister to Amelia (Lumi Pollack). A beautiful girl who doesn’t recognize her beauty, hiding behind overgrown t-shirts, who lightheartedly mocks the pretty, popular girls behind their backs. Yet one of those girls that is the most recent recipient of Vada’s mockery, Mia (Maddie Ziegler), is soon to share an unforgettable moment with Vada as they cower in fear from the shooter. Joined by classmate Quinton (This Is Us’s Niles Fitch), the three hope to escape the fate of Quinton’s brother and other students.

What follows is an intense look at the fallout of the three student’s harrowing time together — how almost strangers, living in different social circles, form an instant, unbreakable bond in just a few minutes.

Vada doesn’t lose her life, but she has the life sucked out of her in many ways. The once animated teen now walks through life in a slumber, fearful of sleep because of nightmares. Whereas she once had nothing but time for her adoring little sister Amelia (Lumi Pollack), she now does all she can to avoid engaging with her. Sudden noises terrify her. Despite solid parental support, she does all she can to avoid them.

With her dad’s travel abroad for work, Mia leans on Vada, and the two becoming instant besties, feeling as if no one else understands what they went through. If anything, Mia’s parents’ absence is the only question mark in the film — what kind of parents wouldn’t immediately return home if their child experienced such a traumatic event?

While silently suffering, Quinton seemingly takes the most positive approach, feeling his brother is always with him going forward. While Quinton and Mia do not interact much, Vada forms a special bond with Quinton as well.

What sets The Fallout apart from other films tackling such a complex subject is that director Megan Park never shows the shooter nor the shooting. Instead, the terrifying event is experienced through these three survivors. Instead of endless analyzing why the shooter did it, Park focuses on how it affects the mental state of those who lived through it. Park’s attention to these teens extends to the absence of nearly all adults. Outside of a teacher who excuses Vada to go to the bathroom a few times, Vada’s psychiatrist (Shailene Woodley) and Vada’s parents (Modern Family’s Julie Bowen and journeyman actor John Ortiz), the film’s attention is solely on the kids. Even those killed are only seen through a powerful piling of the prayer cards in Vada’s jewelry box.

Ortega, reminiscent of a young Vanessa Hudgens, delivers an award-worthy performance. The fear she projects, the use of humor to deflect her pain, her avoidance of labeling what happened — Ortega nails all nuances of a person trying to keep it together after a life-changing event. Ortega’s execution of the script showcases that no matter how dedicated a support system a person has nor the amount received, the events that transpire travel with you through life and can be triggered at any time.

The Fallout’s ability to balance the seriousness of the subject matter through Vada’s sense of humor — a defense tactic, and other moments of levity help keep this film from becoming too heavy. Still, as powerful a film as The Fallout is, regrettably, like the 230 school shootings that have occurred since Columbine and countless films focusing on this subject matter, little to nothing ever changes with gun control. At a minimum, may this film at least encourage future conversations to be had about those impacted by gun violence — the victims (alive or dead) and their families — and not those who cause the pain.