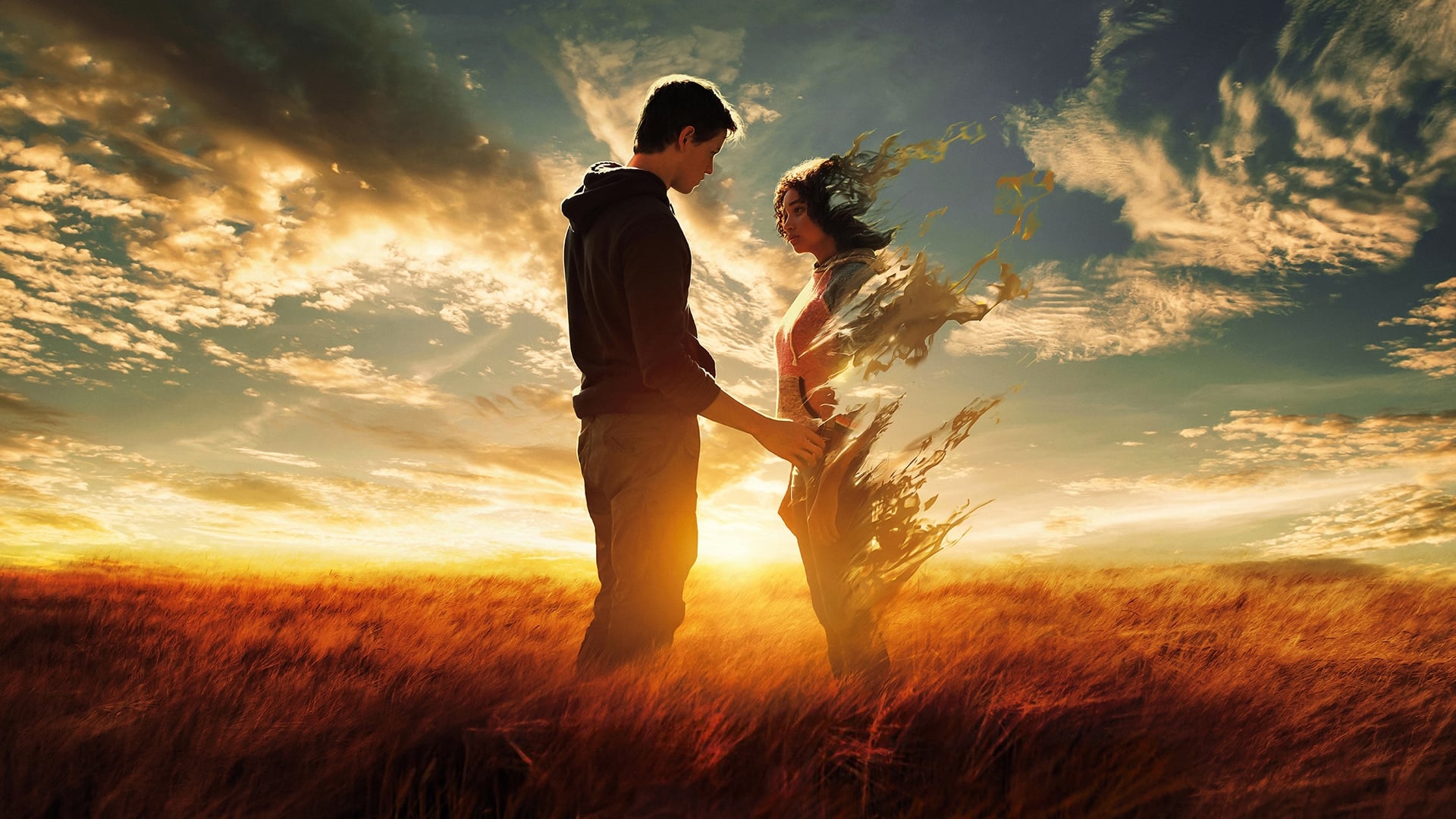 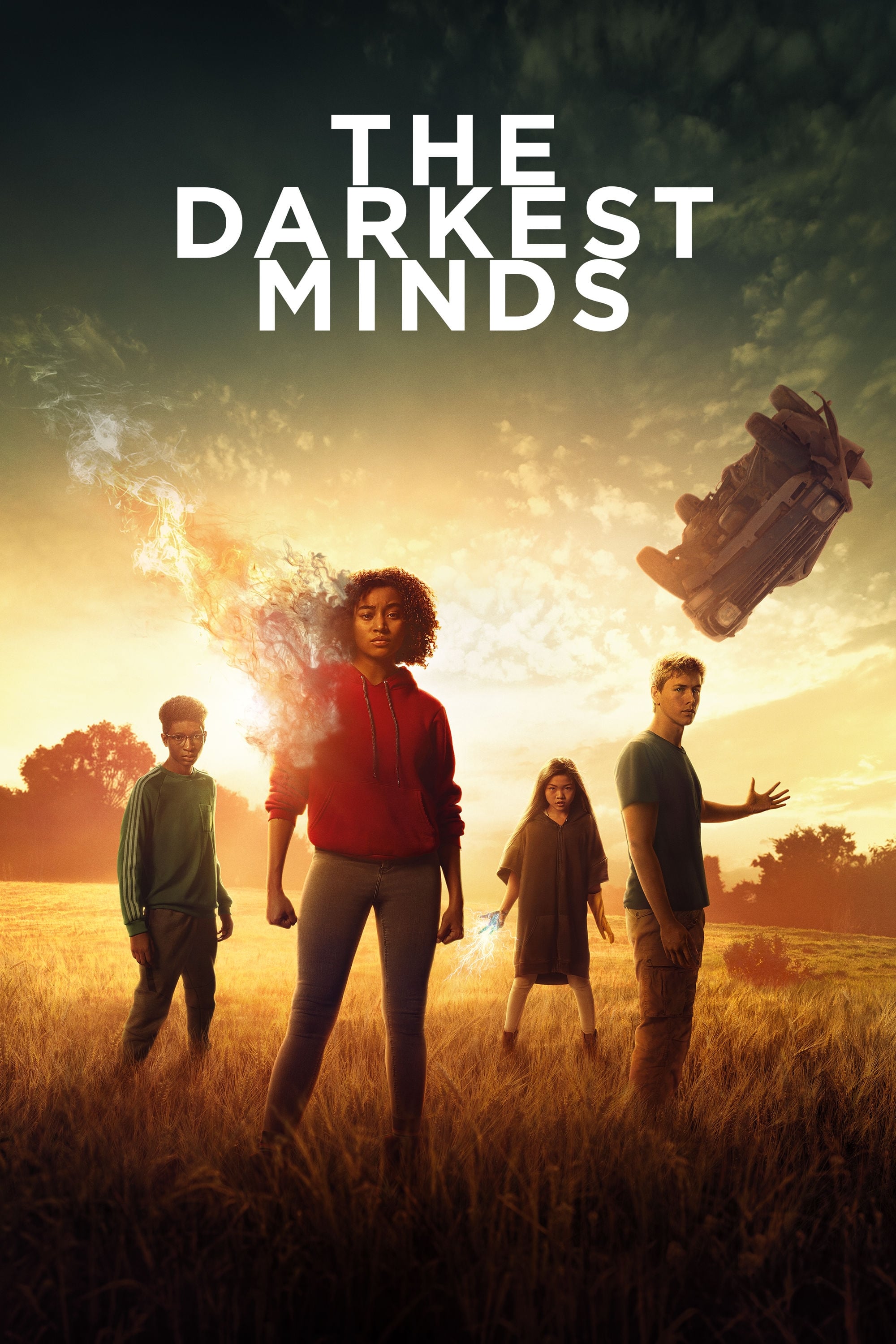 Holy smokes where do we start.  THE DARKEST MINDS (2018) is based on the 2012 novel by Alexandra Bracken novel of the same name. Now that we have the pleasantries aside, let’s get down to business.

tl;dr: You can skip this movie.

Rudy Daly (Amandla Stenberg) is a “survivor” of a pandemic that killed 98% of the world’s children and left the remaining 2% with a range of supernatural abilities, from mind control to telekinesis. For 6 years, Ruby lives in a prison camp of sorts where the most benign of the enhanced children, segregated by color  – Blue, Green, Yellow – are kept locked up, shining boots and shuffling from one end of the camp to the other. Ruby is an Orange, one of a handful of children considered too dangerous to live, so she hides her true nature and blends in. She’s spunky so she escapes and finds herself among other escaped kids trying to get to a mythical place called East River where enhanced kids can live and be free – every teen’s dream, amirite? They’re pursued by the Government, a group calling themselves the Children’s League, and Lady J, the country’s most inept bounty hunter.

Before we rip this too bad, I do want to call out the actors who manage to overcome a ham-handed script and still shone through an editing process that was clearly supervised by an intern who’d only read the synopsis on Wikipedia. There is emotion, even if it looks like Love Trauma or Survivor Syndrome, there is action by the world’s most inept bounty hunter, and fashion – because it’s not worth walking across the state of VA if you can’t do it in boots with 2″ heels. There are great establishing shots, even if they are disconnected and lack any kind of continuity.

This movie has to be the thickest, most inconsistent pile of teen dystopian tripe I’ve seen in a long time – and I almost enjoyed Maze Runner: The Death Cure (2018). It’s not important to me to understand how or why this pandemic,  Idiopathic Adolescent Acute Neurodegeneration (lazy talk for “this brain thing we don’t feel like researching”) – I mean, pandemics just happen (see: the Plague, Typhoid, The Flu). It is important for me to suss out why you take your best and brightest, the Greens, and reduce them shining boots instead of solving complex problems like cancer or world famine.

Of course, when we have teens, we have complaining. “They tell us when to eat when to work, when to sleep – it’s just like being in the camps.” For a smart kid, Chubbs (Skylan Brooks) is kind of an idiot – or a typical entitled teen who doesn’t feel he has to work or follow rules to live in a utopia he had no hand in creating but needs to maintain.

The bad guy and subsequent betrayal are not really much of a surprise but I won’t ruin it here. If you pay to see this movie on purpose, you pretty much have what’s coming to you.

If there is a teen trope, it gets trotted out: “I’m different, no one likes  me, I’m special everyone wants me, he’s cute, she’s pretty, we almost kiss, let’s destroy the world for love.” I was a teenager a long time ago and the angst dripping from The Darkest Minds resembles what a junior year Dear Diary vlog must sound like.

Because the editing is so bad, I couldn’t tell you if the time frame for this movie is a week a month, or a long lazy weekend. Even in the “Ruby learns to control her powers” montage, she’s wearing the same two outfits (maybe we weren’t supposed to notice), so maybe she’s just got a super sort learning curve.

I don’t recommend this movie to anyone. It’ll leave you feeling angry that you’re missing 105 minutes of your life, frustrated you could have been seeing Christopher Robin (2018) again, and terrified it’ll just do well enough someone will make a sequel.

The Darkest Minds is streaming now on the following services:
Powered by JustWatch