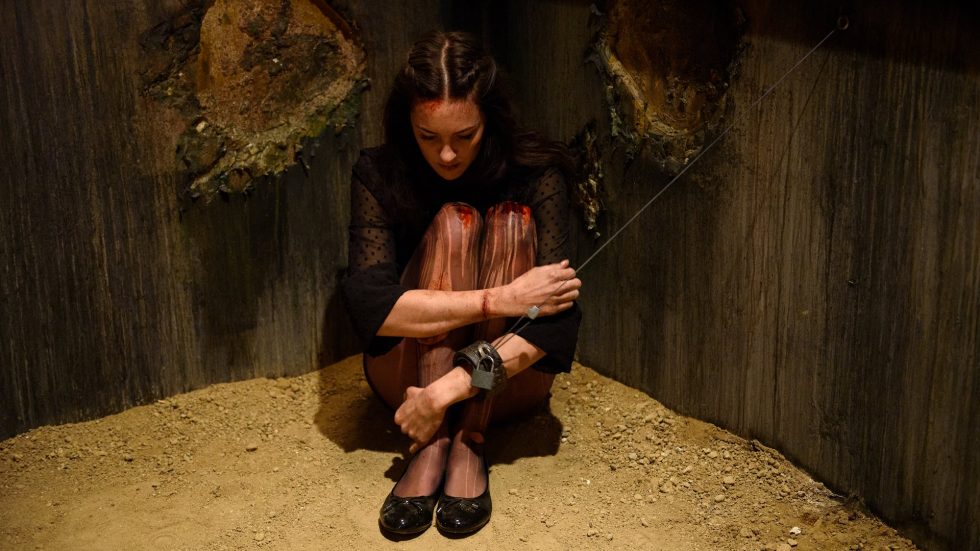 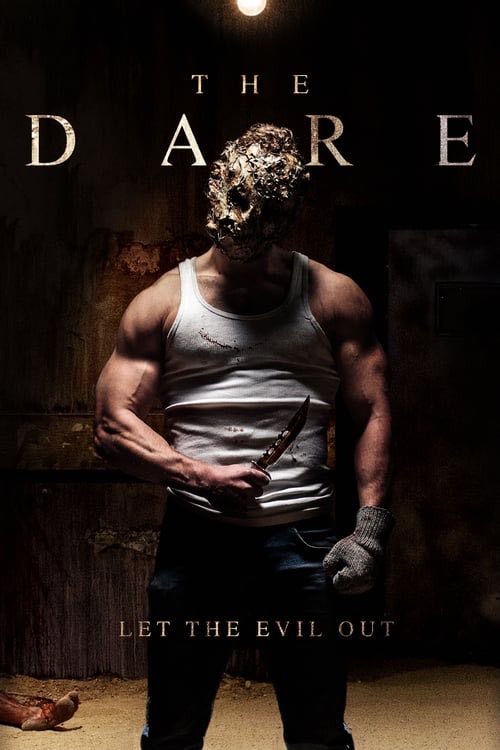 Jay (Bart Edwards) wakes up in a basement chained to a wall with three other near-feral adults. They’re cagey, mistrustful, and terrified of the man (Robert Maaser) upstairs. In time they’re tortured, forced to torture each other and starved at the whim of a man who wears a flesh mask. There is a long set up of this as the characters snipe at each other, bleed, get cut on and beat each other up, and as the audience, it seems really, really senseless. Intercut with these scenes is the backstory of a child (Harry Jarvis) likely stolen and forced to endure years of physical and mental abuse at the hands of Credence (Richard Brake). The scenes of young Dominic trying to make friends with the crappiest bunch of teens that ever existed are dropped in without preamble, and it feels like we’re watching three different movies. The kids are both “nice” to him and sadistically mean, and this we’re led to assume is the reason their adult selves are chained in Dominic’s basement.

Like with our adult torture victims, these scenes are also a little too long in the setup and for a movie that is 97 minutes long, The Dare shouldn’t feel long. Jay, who is the most sympathetic character we have wants to be the voice of reason, sort of then and most definitely now, for all of the good it does him.

Unfortunately, there isn’t a single sympathetic character in the bunch, save for Dominic, who devolves into a non-verbal maniac, yet maintains a rigid upper body regimen. The hardest part about The Dare is that it’s not linear enough to establish sympathies, and by the time we’re spoon-fed the backstory in chunks, our loyalties have switched from these poor victims, to “they had it coming.”

The Dare will appeal to a certain group of horror fans who like lots of blood and fighting and screaming. Sadly, that is not me. I didn’t hate it, but it just wasn’t for me.

The Dare is rated R for swears, torture, people being skinned alive, people having their eyeballs removed, their fingers broken, their flesh removed, etc, etc, etc.

The Dare is streaming now on the following services:
Powered by JustWatch