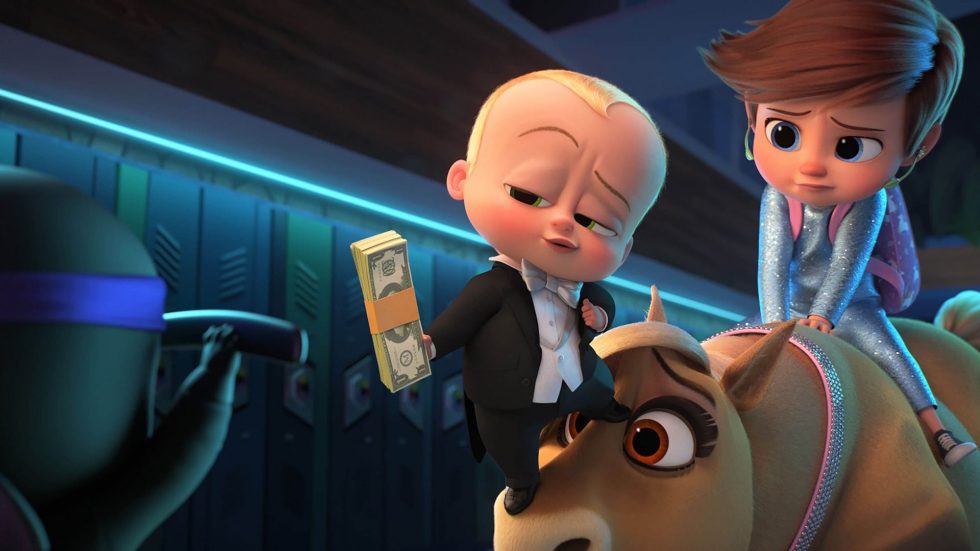 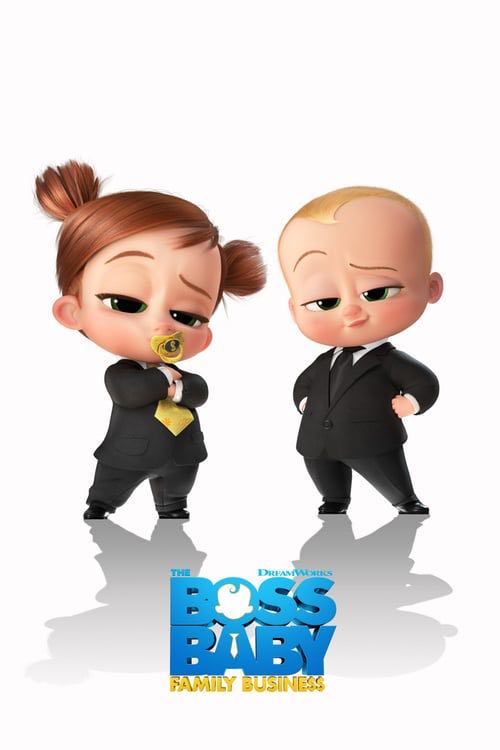 I won’t lie. I enjoyed 2017’s The Boss Baby. I might have even nominated it in my critic group’s annual awards. My kids loved it so much we purchased our own Alec Baldwin-voiced Boss Baby doll. So you would not be surprised to learn the sequel film was a highly anticipated event around these parts. Unfortunately, The Boss Baby: Family Business is a turd of a sequel.

Several years have passed since the Templeton brothers prevented the Forever Puppy fiasco. Ted, a.k.a. Boss Baby (Baldwin), is a highly successful and wealthy businessman. Tim (this time voiced by James Marsden) is a stay-at-home dad. Similar to its predecessor, the new film attempts to address an array of familial relationship issues on its way to tackling the overarching topic at hand. But Family Business doesn’t see any resolution to a satisfactory end.

The big crisis at hand involves Dr. Armstrong’s (Jeff Goldblum) accelerating attempts to groom children for a higher purpose, which runs antithesis of Baby Corp. to enjoy childhood fully. I guess the message to parents is that we’re destroying the planet, and it shouldn’t be up to our children to fix it. I mean…duh. Baby Corp. enlists Ted and Tim, shrinks them back to babies to infiltrate and shut down Armstrong’s schools.

As for those subplots, Ted and Tim could not live more different lives as adults. This contrast causes a rift in their relationship, of which teaming up, once again, is supposed to mend. But Tim is preoccupied with the chasm growing between him and his oldest daughter Tabitha (Arianna Greenblatt). Tim still has an overactive imagination that Tabitha just isn’t vibing with anymore. There are sweet messages here, but the film’s breakneck pace and over-the-top antics leave these ideas half-baked. However, frenetic energy is part of the franchise brand, meaning the film suffers more from a convoluted plot. It would have been easier to digest had the brothers — still united from the first film — teamed up to repair Tim’s delicate relationship with his daughter by bringing down Dr. Armstrong.

All that said, my kids and I still had difficulty digesting the plot because of the chaos. When your story takes a backseat to the visual spectacle — there are some dazzling sequences — it’s tough to invest in the characters and their goals. The Boss Baby: Family Business is a messy diaper blowout in desperate need of change.

The Boss Baby: Family Business is streaming now on the following services:
Powered by JustWatch