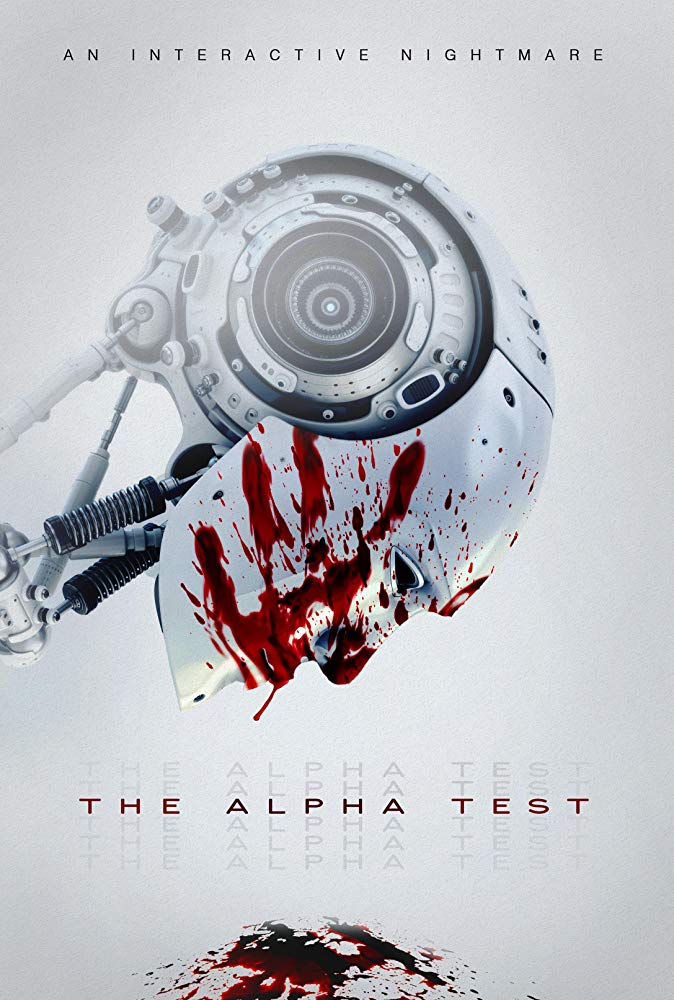 In the evolution of Siri and Alexa, fictional Jupiter Technologies gives us a fully autonomous home assistant, Alpha (Rae Hunt), a learn-as-it-goes android that is eager to please and ready to be a helpful asset to any household. Its arrival is met with mixed reactions as Mom, Mimi (Alice Raver) thinks it’s there to spy on her, Dad, Rob (Wynn Reichert) thinks it’s a dog that can fetch beer, Lily (Bella Martin) needs a new best friend, and Jupiter Tech employee, JD (Brad Belemjian) is just looking for a new toy to tinker with.

None of them have any intention of using Alpha to its full potential, and we can chalk that humans just being garbage as a general rule. As Alpha navigates its way through life with humans the first stumbling block it encounters is with the wide range of human emotions it clearly wasn’t tested for – like mistrust, fear, loneliness, and sloth. The Alpha program, clearly written by a man, coded it to have a woman’s voice and to feel shame when it makes a mistake – because shame is a motivator? wtf, Jupiter Tech – so it spends a lot of time simpering as it tries to find someone in the family that doesn’t hate it. As an AI it programs itself to have emotions, but they’re the mimicked emotions as a sociopath would have. Then everything it learns gets sent to the Cloud so all Alphas can learn from it, and that “it’s a feature, not a bug” is only the beginning of the nightmare. One neat/not so neat feature of Alpha is the coded aphasia for items that can be used as weapons until it’s taught – for example it can’t bring Rob a knife because it wasn’t programmed to know what a knife is. This is a problematic pothole but one I’m more or less willing to overlook since it’s conveniently ignored later.

Obviously, as our garbage family treats Alpha as both an unwanted piece of equipment and trusted confidant, and leave it to learn from TV and movies, the clear path to tragedy emerges. Super grateful Rob didn’t use it as a sex toy because I plotted that as a possible course, so thank you writer/director/cameraperson, Aaron Mirtes for not making me hate you.

I know this sounds like I didn’t like The Alpha Test, but you’d be wrong. I really enjoyed watching these everyday people bungle the future because their lives are too comfortable in the present. The practical effects were fun and inventive, the interactions felt real, and the last ten minutes were quite the thrilling ride.

Do I have quibbles, sure, but they’re based on budget and production and frankly have nothing to do with the quality of the film. Every actor brought something believable and enraging to their roles, and Rae Hunt’s Alpha was a stellar performance of innocent malice. The Alpha Test is a post-modern litmus test exploring human emotion evolution outpaced by humans’ ability to create things to catastrophically destroy themselves.

The Alpha Test is unrated, but if I were to guess, I’d say PG-13 for swears, looooooots of blood, plenty of off-screen violence including people getting hit with crowbars, sprayed in the face with household chemicals, people getting stabbed with broken bottles, people being electrocuted, and a poor unfortunate soul being opened on the edge of a table like a beer bottle. Very satisfying.

The Alpha Test is streaming now on the following services:
Powered by JustWatch