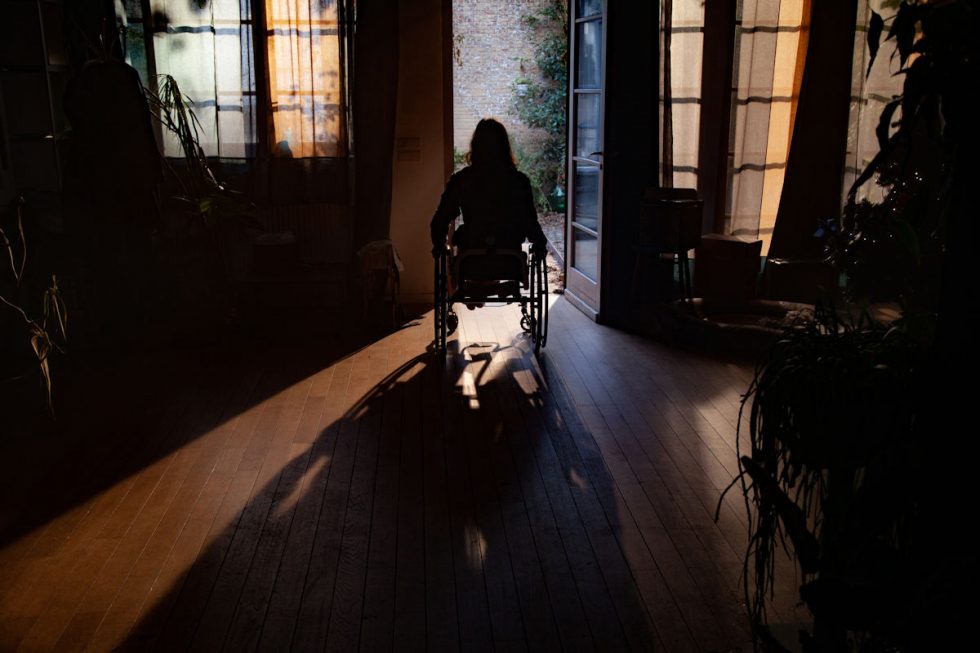 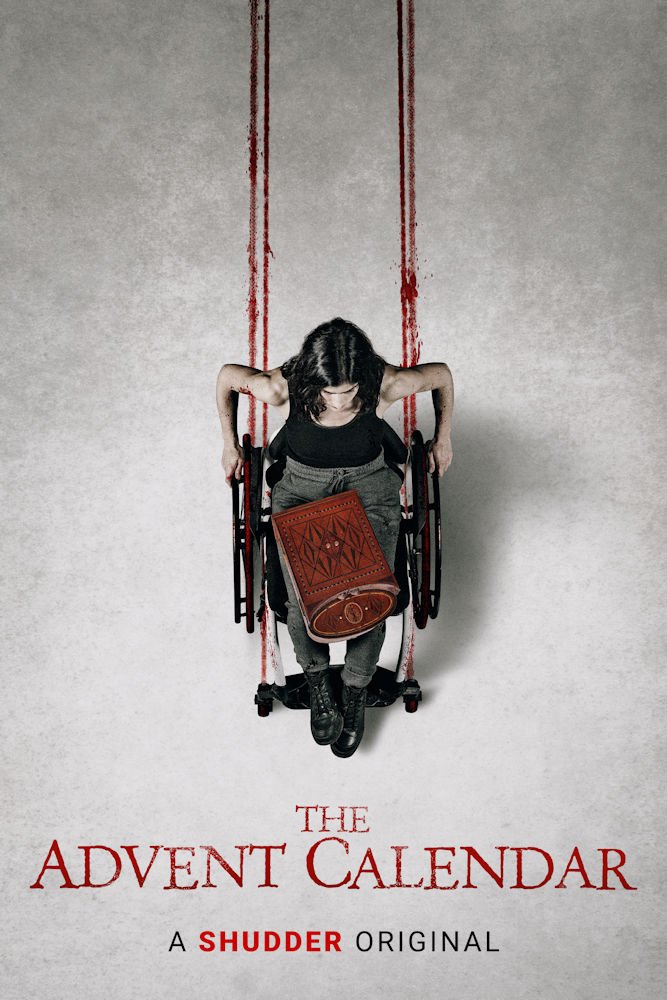 Director Patrick Ridremont brings low-key (if festive) mayhem to The Advent Calendar/Le Calendrier (2021). This film is presented in French with English subtitles.

Former dancer Eva (Eugénie Derouand) is wheelchair-bound following a car accident. She feels isolated and invisible. She is estranged from her father (Jean-François Garreaud) who has dementia and her stepmother who delights in neglectful abuse. She holds a job, has friends, and experiences the occasional night out, but feels defined by her chair and her disability, and adrift in the pitying stares in the eyes of men. Her best friend Sophie (Honorine Magnier) drops by with an Advent calendar she picked up in Germany. It is large and ornate filled with small boxes of varying sizes. The box has three rules:

It’s coldly efficient. At midnight, like a demented cuckoo clock, the box invites her to open the first door, and then the next door, and as the rules have already been established, Eva does as instructed. Weirdly wonderful things happen to her, at her, and around her, as the calendar seems to intuitively know her deepest desires. Her father suddenly remembers her, she’s noticed by attractive men, she can – wait, I’m getting ahead of myself. For every piece of candy that grants a wish, there is another waving the bill due, and this is the beauty of The Advent Calendar. Eva, once having accepted that this is indeed happening, commits to fixating on each day’s terrible adventure. Inside the box, you see, is a demon who knows how all of this will end, and it is as coldly efficient as the ornate box with its clockwork locks.

As a recently paralyzed woman, who has learned to adapt to the “How far will Eva go for her fondest desire” gambit, and if she’s going to be in the business of ranking desires, which does she want the absolute most?” That question is what lies at the heart of The Advent Calendar. Are our wants more powerful than our needs? At what point are the sacrifices entirely too great? Dread is the primary driver of The Advent Calendar, as behind every door, Eva knows she’s a cornered animal entirely subject to the whims of the demon in the box.

Derouand rides the wave of depression, hope and despair like a pro as Eva races to find a way to not avoid her fate, as that is the hard-wired fatalism of the French, but to save the next sad sack who will inevitably come across the box. Magnier, as the free-spirited friend who is living her (and Eva’s) best life, is both party to, and the focus of, Eva’s despair, bringing a little manic light to this otherwise dark and brooding fairytale. The Advent Calendar hits the horror marks of cursed objects, violent retributions, and sorrowful resignations. There is nothing Eva does that we wouldn’t do ourselves, which allows us to be drawn into the story and make casual excuses for her actions. It doesn’t have to be the right thing, only the thing to do right now, and those are the most terrifying choices of all. It’s a worthy addition for any holiday lineup.

If I have a quibble, and it’s a big one, the French need to stop incorporating animals into their gruesome plots. (Content warning for animal lovers.)

The Advent Calendar (2021) is unrated and most of the violence is implied or off-screen, but I’m giving it a hard R for French swears, sexytimes that end badly, attempted rape, people getting slashed, terrible car accidents, a drowning, a head-shot, and animal death.

The Advent Calendar is streaming exclusively on Shudder.

The Advent Calendar/Le Calendrier is streaming now on the following services:
Powered by JustWatch