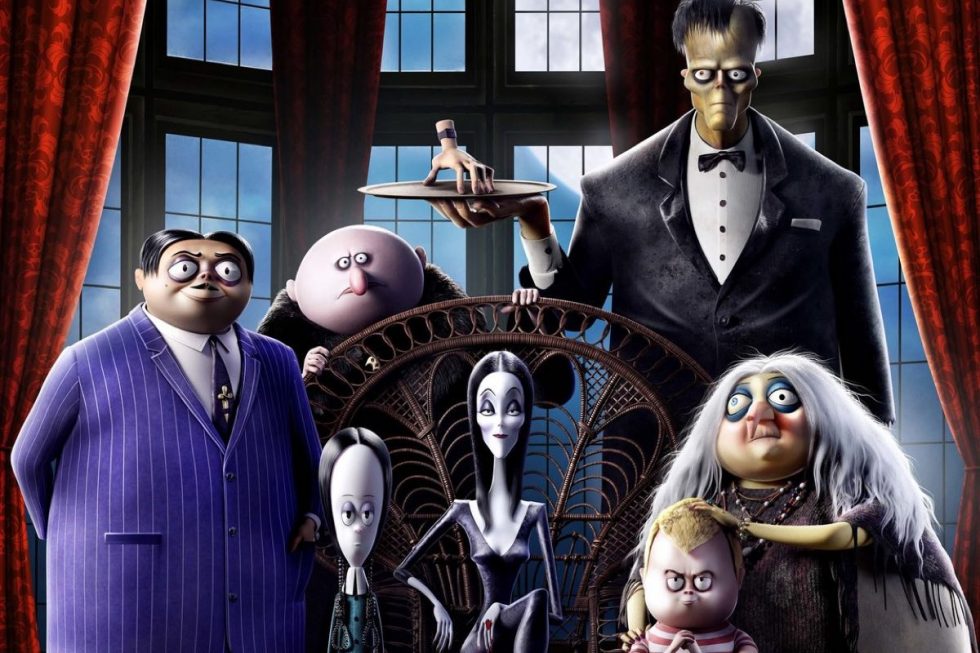 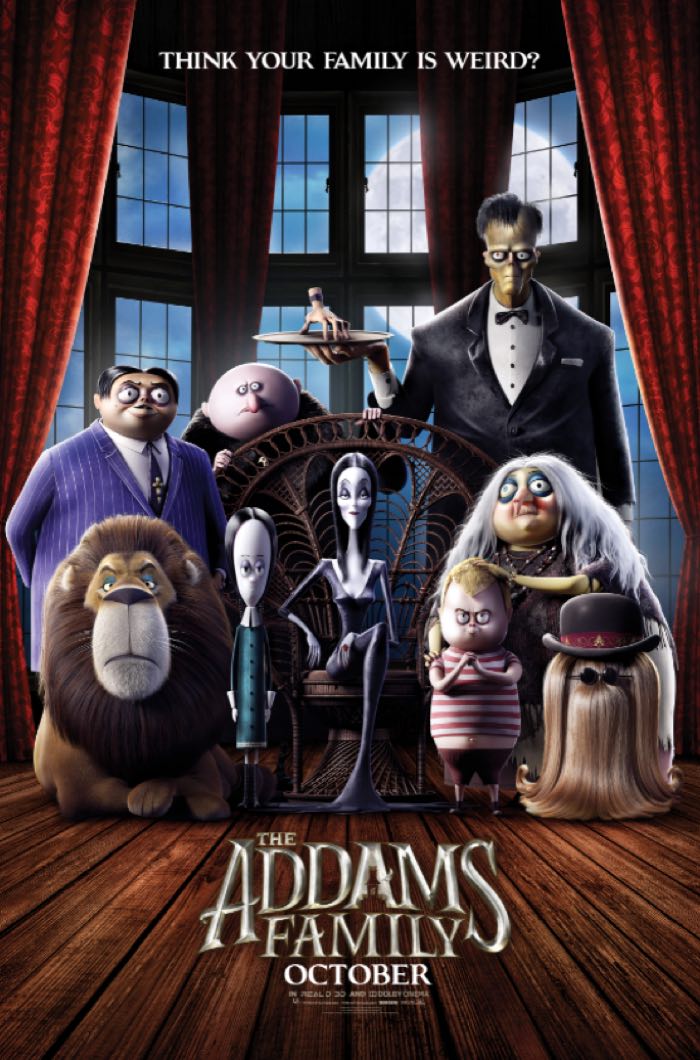 It’s lazy and unfunny, and altogether boring. It’s such an awful movie. The Addams Family.

The Addams Family tells such an incoherent story, I struggle to summarize the plot. Gomez (Oscar Isaac) and Morticia (Charlize Theron) escape to rural New Jersey to raise a family away from the pitchfork and torch-carrying townsfolk of wherever. Fifteen-ish years later they’ve got themselves a haunted mansion and some offspring, Wednesday (Chloë Grace Moretz) and Pugsley (Finn Wolfhard). The former sibling is irritated with her overbearing mother and desires to start haunting the peoples of a nearby newly-built master-planned community, while the latter is training to perform a ceremonial saber dance that represents his preparedness to protect the Addams’ lineage. Meanwhile, the builder of that nearby master-planned community feels her realty investment is threatened by the creepy, cooky family and so she organizes a modern-day angry mob to destroy them.

At its best, The Addams Family, a blatant rip-off of Hotel Transylvania (itself a rip-off of The Addams Family), is momentarily tolerable when taking advantage of a clever pun or double meaning. At its worst, it’s a 90-minute exercise in twisting your wrist to check the time while this insipid garbage sullies the legacy of one of television’s finest sitcoms, macabre or otherwise.

Yes, I get this is children’s entertainment. Yes, the conceit is inherently silly. But even my three kids could not derive an underlying lesson. There’s a big mishmash of ideas happening all at once: puberty, legacy, teen angst, bullying, tolerance, surveillance, Thing’s foot fetish. I mean, pick a lane.

I wish I could tell you the animation is palatable, but it’s juvenile and lazy. No one but Disney and Laika are willing to take a risk. The character design possibilities in a monster cartoon seem limitless, but not even that feels the least bit inspired. It’s all a totally wasted opportunity to excite a built-in fan base and utilize an exceptional voice cast of some very cool people in Hollywood.

The Addams Family will capitalize on the holiday and its name to lure children and victimize unsuspecting parents. Consider yourself warned.

The Addams Family is streaming now on the following services:
Powered by JustWatch