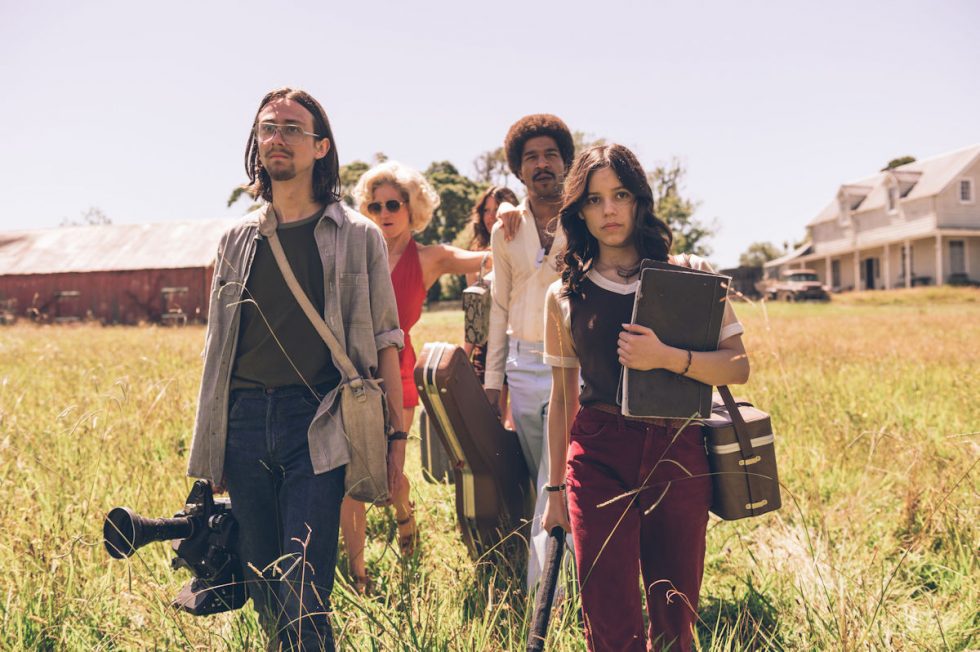 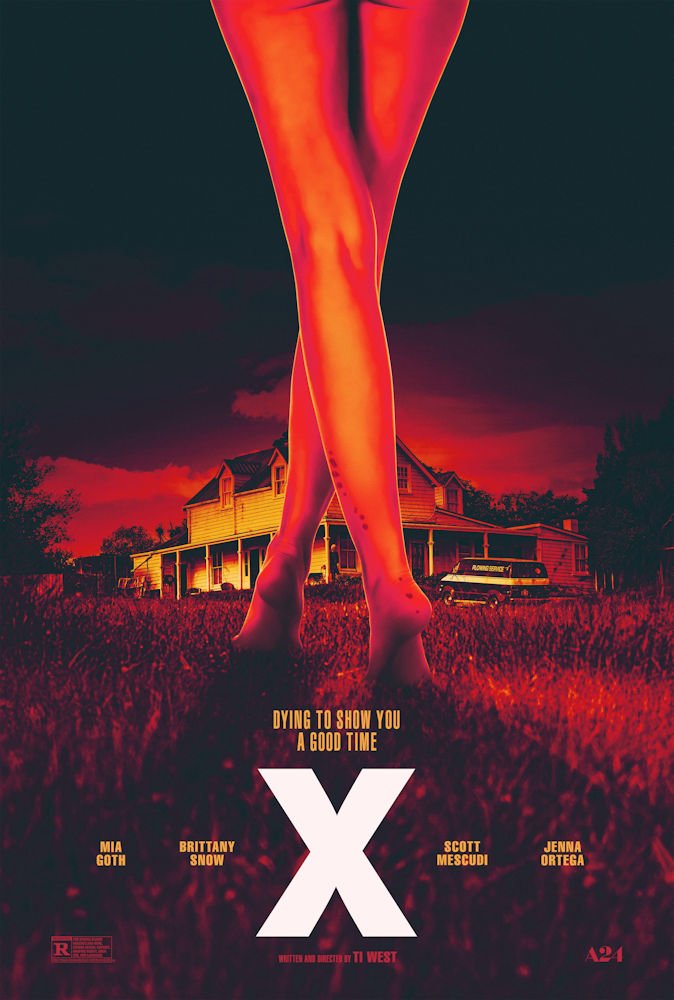 X (2022) is an homage to the early days of the modern slasher – Last House on the Left (1972), Texas Chainsaw Massacre (1974), and even Sleepaway Camp (1983), but with one crucial difference. X is less of an exploitation film and more of a love letter to the genre. I mean, reality check, they’re making an adult film, and the single X of the title suggests that it’s a vanilla adult film to be sure, but that’s just the bus that gets you there.

X is a movie of conflicts. There is Howard (Stephen Ure), the elderly homeowner versus Wayne, the enthusiastic producer. Both have brought unexpected (and very human) baggage to the agreement.  The only undefined relationship of the group is between RJ and Lorraine. It hits a measurable bump in the road as she redraws the line between traditional upbringing and real-world experience, absorbing everything she sees. Then there’s poor RJ, the young auteur filming an adult movie, but struggling to elevate it to respectable cinema. RJ’s reckoning kicks off the second act.

This isn’t a movie meant to titillate the senses of your typical gore-hound. In a way, director Ti West is RJ, not necessarily looking to elevate the genre (please, no), but to give it fresh angles and a deeper impact. At an economical 105 minutes, West manages to develop character chemistry and contradiction for all eight main characters. This seems like a lot for a film that isn’t over two hours, and the players are more than the stereotypes of Slut, Good Girl, Bookworm, and Over-achiever. There are no throwaway personalities in X, and as the kills rack up one-by-one, there are no cheap, easy ways out.

Thought has gone into X from the filtered sunlight, the artful adult scenes, and even the relationship conflict that kicks off the murder spree. Nothing screams “We’ll figure it out in post,” and that is important. This is a movie where the end may be a bunch of people dying horribly, but nothing is telegraphed – in case you’ve forgotten that you’ve come to watch a horror movie. While not an exploitative film, the gore is top-notch, not relying on impossible leaps of logic or stupid misdirection. There is nothing elaborate about how people die, just that they do, and it’s awful because you’re just getting to know them, and you kinda want to see them make it in the world. These are smart characters who act like humans caught in a very strange situation.

X is a horror film that starts as an art film and devolves into a nightmare you’ll find yourself cheering for. It’s great fun and worth a second and third watch.

X is streaming now on the following services:
Powered by JustWatch