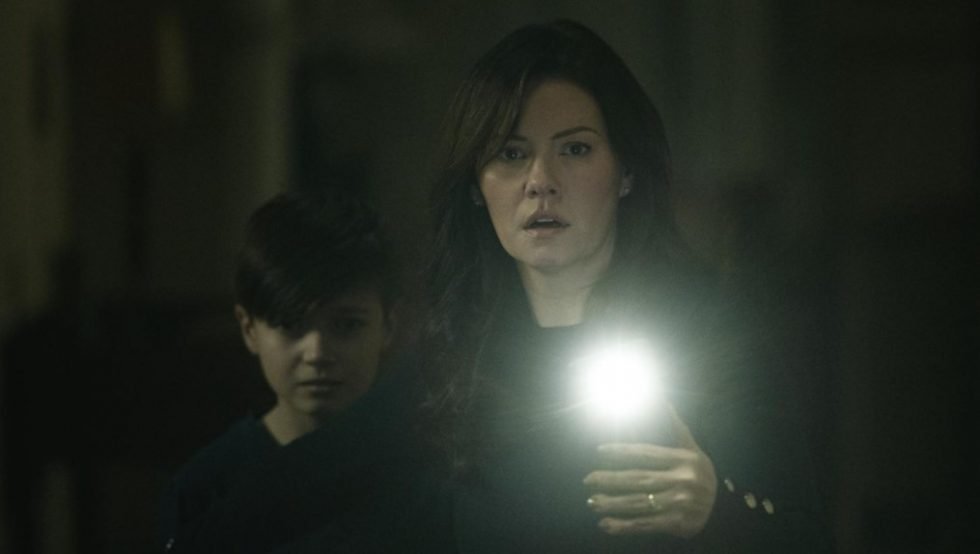 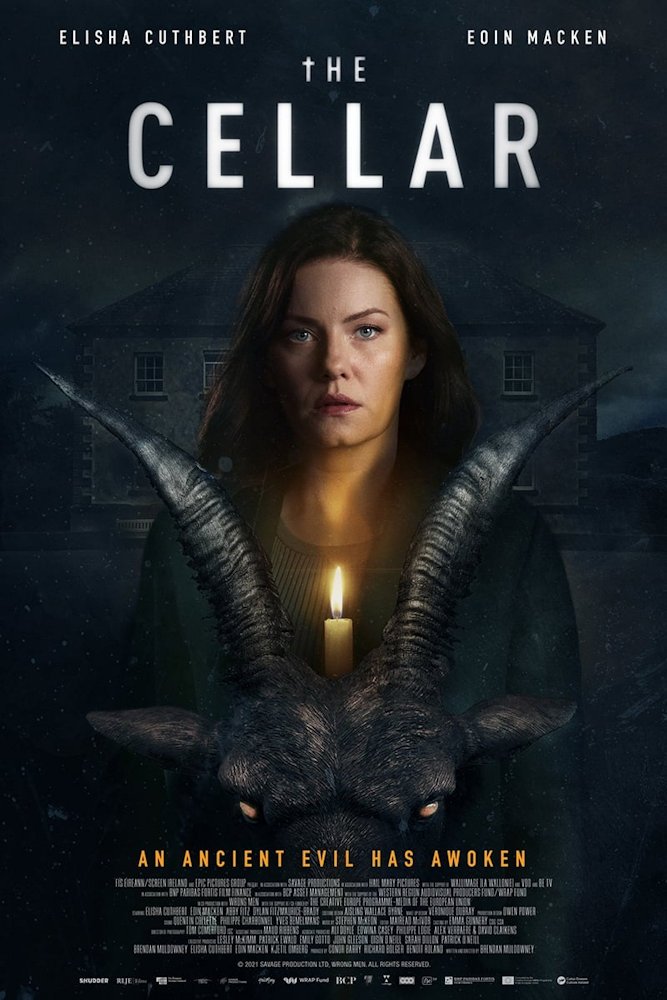 One of the SXSW 2022 Midnighters, The Cellar (2022) is an overly familiar trans-dimensional haunted house story, missing a few steps.

Fresh off a sudden move to the English countryside for reasons absolutely no one talks about, the Woods family settles into a home purchased for a steal. Keira (Elisha Cuthbert) and Brian (Eion Macken) run a marketing firm (I think) and are frequently away from their beautiful new home, leaving their teen daughter Ellie (Abby Fitz) to watch over their younger son Steven (Dylan Fitzmaurice Brady). Already a moody home of sticky doors and strange noises, the real terror begins when Ellie disappears somewhere into the house, all the while counting an impossible number of cellar steps into her mother’s ear via cellphone.

As police and neighborhood searches come up empty, Keira becomes convinced there’s something wrong with the house, and the secrets to Ellie’s whereabouts may literally lie within. I could throw another hundred words at you but that’s literally all there is to The Cellar. Family buys house, parts of family go missing, mother fights with demonic forces to save family. It’s like Poltergeist (1982), but with math.

The Cellar is a competent supernatural haunting, hitting all the right beats at the right times. It’s a by-the-numbers haunted house movie, which is part of the drag. It’s very familiar, especially if you’re a short film fan, as The Cellar is based upon director Brendan Muldowney’s 2011 short film “The Ten Steps”. As told during the Q&A after the SXSW screening, he decided to expand upon those fears and used a very particular area of theoretical mathematics to bring it to life. It’s not a choice I would have gone with.

I have no doubt that Math is the key to the universe, however dense satanic mathematics carved on a commonly used step in an active household seems a little shortsighted. There are the strange symbols carved on the doors and disappearances going back decades, so the Woods clearly didn’t do their research on the house before purchasing it. That’s just one of the weird little missteps in The Cellar that can take an audience out of a film. These aren’t the days where some nameless agent assigns a home to an unsuspecting family, ensuring chaos and destruction. These are 21st Century people with money issues and entire families to consider, especially in the age of the internet. I don’t know who buys a house sight-unseen and doesn’t question why it’s been empty for years.

It’s a hard pill to swallow.

The acting itself is top-notch, and I appreciate when well-written dialogue is used in screenplays as opposed to improvisation. The tension and scares are carefully and craftily orchestrated for maximum effectiveness. You know they’re coming, and when they arrive, you still feel chills. Even the creature effects are solid, mixing a little cosmic elder god in with the dread of the endless afterlife. I just wish there was a little more there there. Too many of the jumps are red herrings and misdirection, which feels like a cheat as the lights come up and the credits roll. The Ten Steps (2011) works as a solid nine-minute film, but there isn’t enough for another 80 minutes.

Old English manors are wonderful for supernatural happenings, but not enough of them have the stories they deserve. Atmosphere is only part of the equation, and we shouldn’t need a slide rule to solve the rest. The Cellar makes for a fine entry-level ghost story if you don’t mind the erasure marks in the margins.

The Cellar (2022) debuted during SXSW 2022 as part of its Midnighter Film series and is currently unrated. Call it PG-13 for little to no blood, atmospheric scares, and tension cranked up to 8.

The Cellar is streaming now on the following services:
Powered by JustWatch