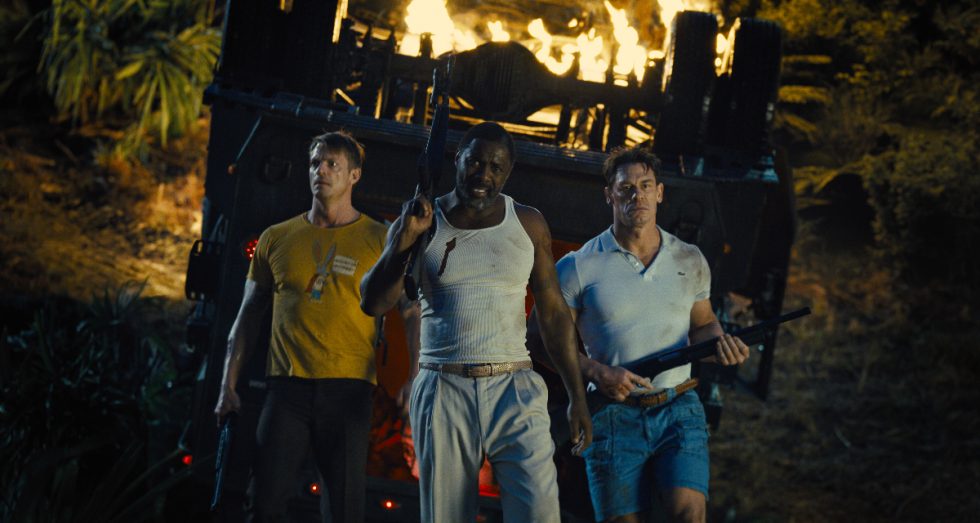 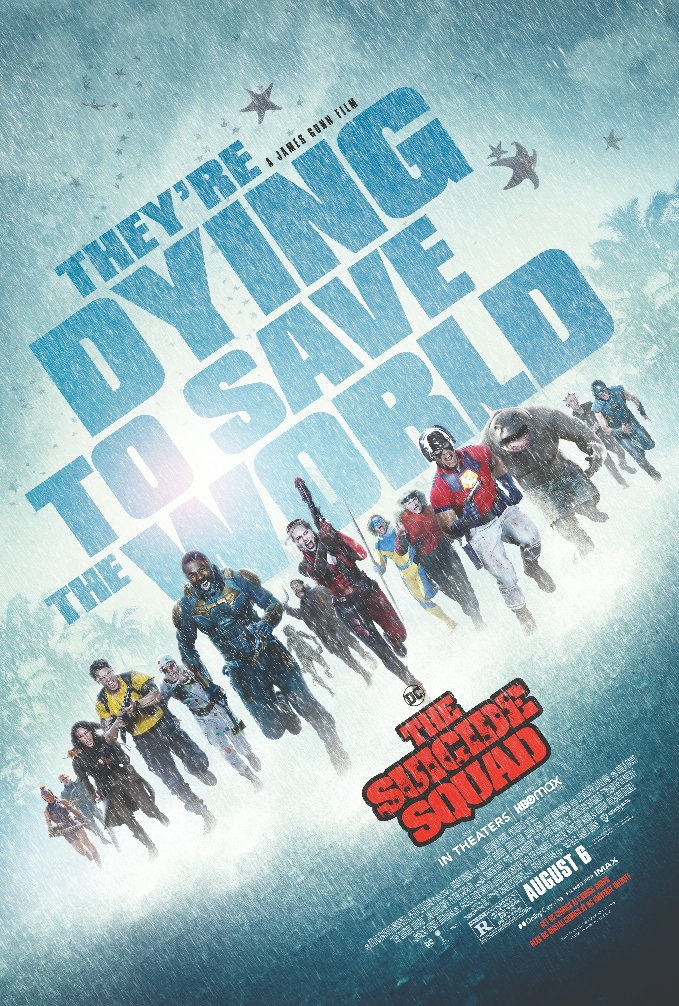 Could I have come up with a more clever title? Maybe. I’m firmly convinced Warner Bros has zero idea where the line is in superhero movies that crosses the line from dark to sadistic. There are 2 crimes against birds in Suicide Squad (2021) for no good reason, and I wish I knew why.

There are a dozen-plus cameos showcased in the trailer and names jammed on the poster so this looks like one of those 80s madcap comedies where everyone cool and famous has a wicked blink and you’ll miss it bon mot. If you’re wondering how all of them manage to have a meaningful part that adds substance to Suicide Squad, don’t. If I were one of those thinking folks that like to put hot takes on the internet for clicks and arguments, I’d boldly claim Warner Bros Pictures have very little regard for comic books and their superheroes as it consistently portrays them as Halloween-costumed, mal-adjusted lunatics with unresolved childhood trauma whose pain deserves to be mocked of as they die horribly. I don’t know what happened, but who hurt you, James Gunn?

Amanda Waller (Viola Davis) handpicks super-villains to do the work of mercenaries in foreign countries. Despite the eleventy-million names on the poster, the only ones you need to concern yourself with are Bloodsport (Idris Elba), Colonel Rick Flag (Joel Kinneman), Ratcatcher “2” (Mikeala Hoover), Polka-Dot Man (David Dastmalchian), King Shark (Sylvester Stallone), Peacemaker (Jon Cena), and, of course, Harley Quinn (Margot Robbie). They’re tasked to shut down a super-secret military installation on a South American island run by Thinker (Peter Capaldi). In their own ways, the “heroes” they’re all insecure screw-ups of some sort, but they just have more firepower or super strength or teeth or smarts, making their mistakes so much bigger and harder to hide. Why send dangerous super-powered screw-ups onto Corto Maltese (it’s still okay to poke fun at South America), an island rife with civil unrest to pull off the most important job of their lives? Because prisoners are expendable and the government can deny culpability. Probably.

But adding logic to Suicide Squad is pointless.

They’re all implanted with explosives in their heads in case they go off mission. Fun fact, explosives can be detonated from anywhere but since her division loses sight of the team more than once, it’s not exactly a viable threat. Waller also holds something especially sinister over Bloodspurt which is borderline sadistic and entirely over the top. It’s extreme for the sake of extreme, but by this point in the film, you’ve really given up on civility.

There are scenes in Suicide Squad that are wholly incomprehensible, like the birds, some character flashbacks, and frankly the whole first 10 minutes. It’s is 2 hours and 12 minutes, and once you see it, you’ll agree where we could have cut some film. We’re treated to touching moments of human kindness connection and about 3 minutes of a father-daughter team screaming obscenities at each other through a prison partition. The whole movie is a whiplash of dark humor, giddy lunacy, murder, and explosions often within minutes of each other, and it doesn’t always work. Whether it’s the story-telling or Gunn’s gonzo direction, the plot gets lost in the incidentals.

There’s also kaiju of a sort, but it’s a “how much worse can things get” moment, so … *sigh*

Harley Quinn remains the bright spot as she’s consistently been the grounding center, which is saying a lot for a character with attachment issues. Colonel Flag is brought in for his ability to lead (?) precise military operations which often got lost in the melee most scenes devolved to. Ratcatcher is brought in to do exactly two things, one is obvious fan service, and the other is more needless sacrifice animals. I’m not trying to be PETA all up in here, but it was unnecessary.

Overall, it’s a little exhausting how much is both there and completely missing. Lots of action but with characters we can’t connect with. When adding slices of backstory, it bogs down the works. It was as if someone said “what would happen if we combined Guardians of the Galaxy (2014) with The Belko Experiment (2016)” and no one was sober enough to say no.

Granted I’ll watch Elba and Kinneman read the phone book to each other for 2 hours while waiting for the bus and I love a fun action flick, but Suicide Squad was too much and not enough of everything.

Is it theater-worthy? My recommendation is to wait.