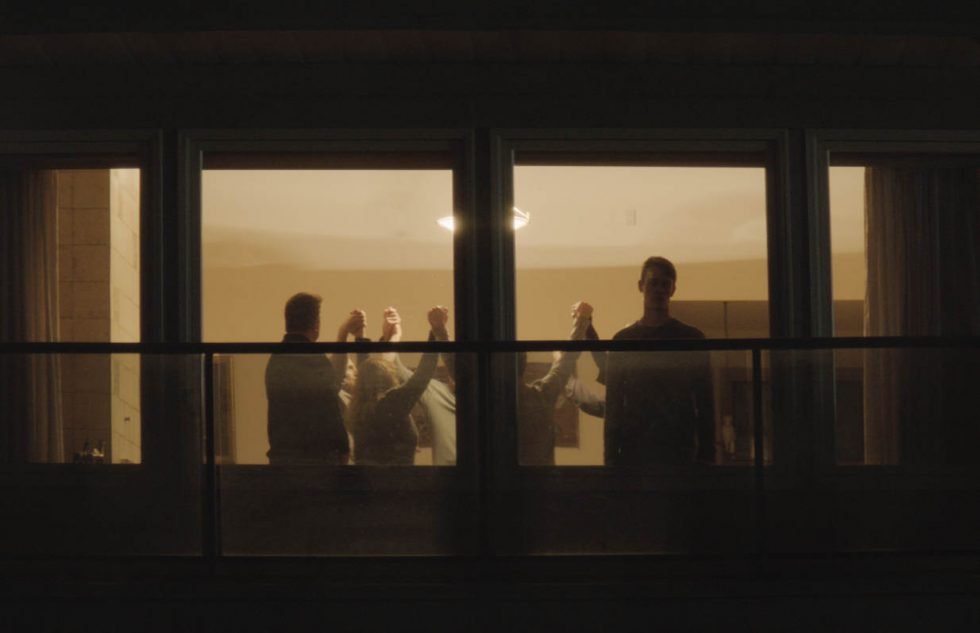 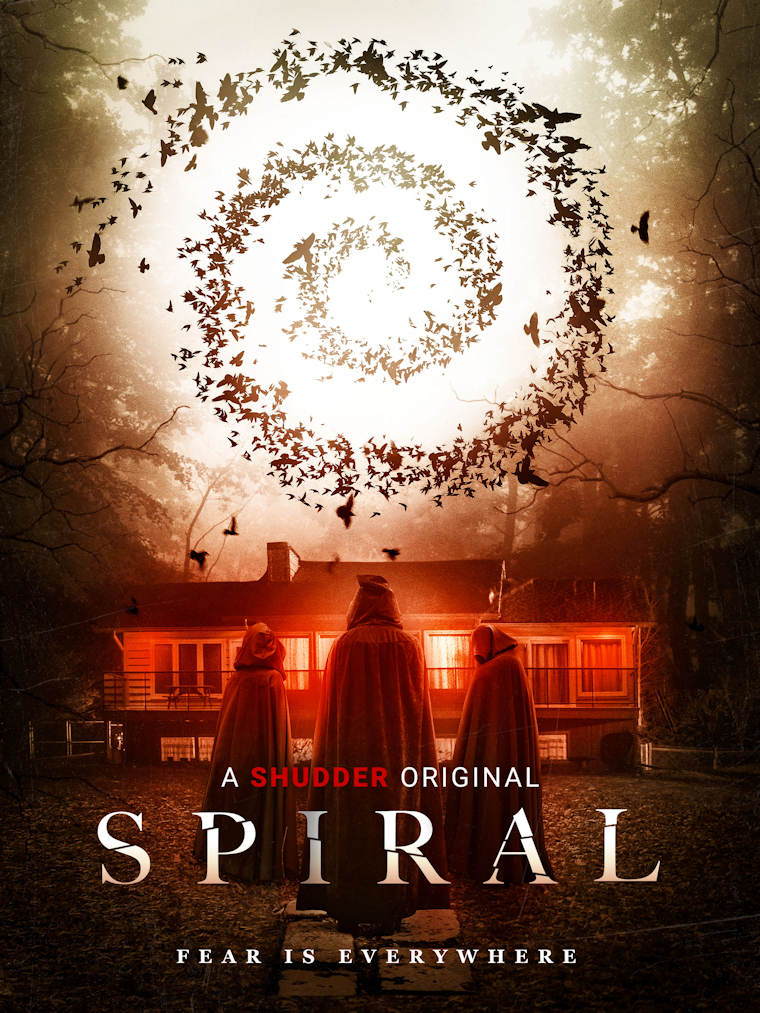 In a quest to find a better quality of life, Malik (Jeffrey Bowyer-Chapman) and Aaron (Ari Cohen) move their daughter Kayla (Jennifer Laporte) to a small town to start over in Spiral (2019). Malik and Aaron are the Others in this film, a gay couple trying to quietly live their lives and raise their daughter. They’re welcomed easily enough – Kayla finds a friend in next-door neighbor, Tyler (Ty Wood), and they mix well enough with the neighbors. Something is bothering Malik, however, whether it’s the weird behavior of his neighbors as seen through quickly closed curtains, or the cryptic message left on a crumpled sticky note. It’s a story of denial, and as Malik begins to eat his own tail, he finds conspiracies and plots against him and his family nearly everywhere. It’s not that his past is haunting him, a brutal attack a decade earlier left him broken and barely able to cope, but in his new home, there seems to be a pattern of murders, and Malik and Aaron are square in the targets.

Set in 1995, Spiral wants to give us the punch of suburban secrets while ostracizing others – be they Black, Gay, or simply new, however the set up is so familiar we don’t have to guess who the Big Bad are – they’re the smiling neighbors who are super eager to friend you while downplaying your suspicions. It’s a dark film as the country home Malik and Aaron share seems devoid of interior lights, so everything is a point of natural light smothered by interior shadows. The mystery of the town they’ve moved into or the murders that cycle every ten years aren’t answered so much as hinted upon, which is frustrating because if you’re going to give us some weird rural-cult, we’d better hear some chanting. For all of Malik’s out and proud posturing to Kayla, he’s too deeply wrapped in his own skin and paranoia to do more than get in his own way. He’s his own worst enemy, and it’s not the perceived actions of the neighbors that dog him, but how he thinks they see him, but what we’re left with is a man simply unable to cope with life in a new town.

Had Spiral been a straight (ho-ho) film about a gay couple wanting to become members of a cult but barred because of their relationship, this movie would have had some punch. For all of the scenes of awkwardness and rejection, only Malik seems affected, so there’s a community that appears to want to bring them in, in their own dark-robed way but Malik’s focus on his own trauma and insecurities and guilt prevent him from integrating,

That may not be what Spiral was trying to say, but it was pretty muddy. I really wanted to like Spiral more than I did, but too many open questions, neat endings, and unexplained actions left me empty.

Spiral is streaming exclusively on Shudder.

Spiral is streaming now on the following services:
Powered by JustWatch