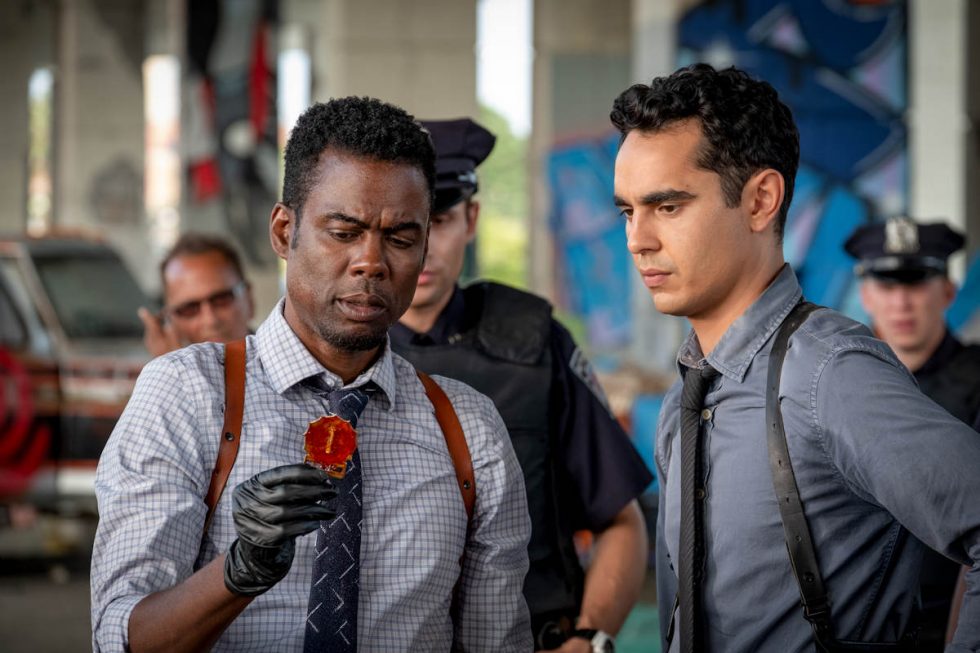 Spiral: From the Book of Saw Movie Review

Spiral: From the Book of Saw Movie Review Metadata

Spiral: From the Book of Saw Movie Poster 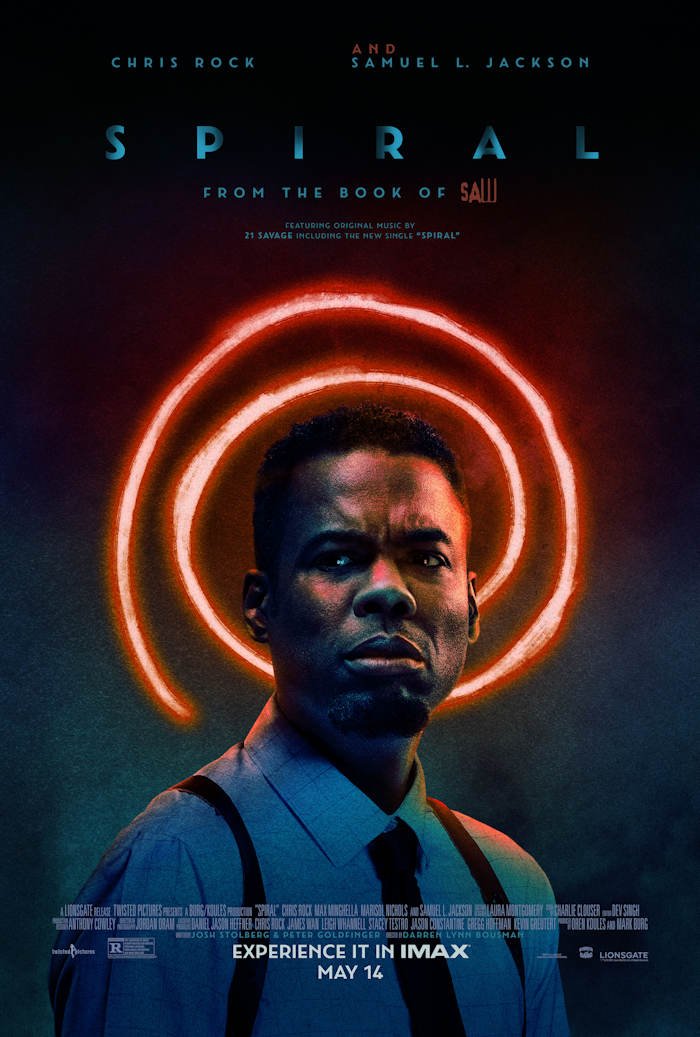 Spiral: From the Book of Saw Movie Metadata

Spiral: From the Book of Saw

Spiral: From the Book of Saw External Links

Spiral: From the Book of Saw Movie Trailer

Spiral: From the Book of Saw Movie Tickets

There have been 8 previous full-length SAW movies in the franchise that began with the original in 2004 and the last in 2017. Spiral: From the Book of Saw (2021) attempts to reclaim the glory of its youth and virality.

I’m a huge fan of the SAW mythology and John Kramer is easily one of my favorite criminal masterminds. John Kramer is dead (spoiler alert from SAW III) and while many have attempted to pick up the mantle with various levels of success, no one has come close to matching his passion and his ingenuity. Sadly, Spiral: from the Book of SAW also falls painfully short.

There’s a Jigsaw copycat and they’re targeting cops. Centering around the peers and colleagues of one Detective Zeke Banks (Chris Rock), a forever pariah within his own precinct for crossing the thin-blue line when a fellow officer murdered a witness. He’s a loose-canon loner living in the shadow of his former police chief father (Samuel L Jackson), and Banks doesn’t play well with others. He’s a perceived rat, and this makes him universally disliked by every other detective and a target for pranks and general disrespect. (I’m guessing transferring wasn’t an option?)

A detective is found murdered and the killer places all of their focus on Banks, while Banks is saddled babysitting his new partner, rookie detective, William Schenk (Max Minghella). The new killer’s motives of weeding out corruption and targeting seasoned if poorly sketched detectives point to an (obvious, kind of) origin and ultimate (really obvious) final game. In between jaded dirty cops and a slightly manic by the numbers Captain (Marisol Nichols), Banks spends the entire film two steps behind the Copycat, trapped in a spiral (heh) of reaction and loss and befuddlement. The light Tiffany-blue boxes should be a clue, but they aren’t (and I mean, they have zero significance) so just enjoy the usage of surplus blue boxes and splash of color that isn’t red.

Spiral likely would have been better received a year ago around its original release date before the “fictitious” Metropolitan Police Department (sure) became synonymous with literally everything wrong with actual law enforcement. In this post-Pandemic, news-weary cycle of eternal March 2020, fans may not be hip to yet another movie where dirty cops are a feature, not a bug.

It also doesn’t help that Spiral has several things going against it. The core audience is more sophisticated than it was in 2004 and we’re inured to what’s basically mainstream torture porn. Unlike the original trilogy (which is how I prefer to collectively think of all 8 films), where we could root for the potential rehabilitation, there is nothing redeeming about the characters’ suffering. In fact, we want them to suffer because they’re dirtbags, but it’s too easy and it feels cheap. The traps are designed not for success, but failure.  The chance for success and the rush of beating the clock is what made the earlier Saw films fun, but if the traps are designed for everyone to lose by even a few seconds, there’s no challenge, and I’m just not into watching people bleed and die for kicks (said the horror writer).

When it comes to the final reveal, which if you didn’t see coming you deliberately turned your brain off, it not only doesn’t feel like a satisfying wrap, it feels forced. John Kramer was a brilliant engineer who used his sociopathic genius to make people “better” and “grateful” through painful tests of character. This Copycat is just in it for the painful death. It’s not redemption, it’s retribution. The motive is hollow and contrived, and the more this person talks, the less you want to hear. The traps just don’t feel like Jigsaw, the motives don’t feel like Jigsaw, and even for a Copycat (who didn’t do any homework), overall it’s underwhelming.

Sure it has Chris Rock and Samuel L. Jackson, but they’re playing the usual shouty, sweary versions of themselves playing seasoned detectives getting their asses handed to them. I go to the movies for escapism, thank you.

Visually gritty and urban, Spiral has director Darren Lynn Bousman’s signature pans, clicks, and industrial pop, so it feels familiar from the first frame. What it doesn’t have Leigh Whannel’s screenplay, and despite a story that really wants to be compelling, it’s lacking that Whannell SAW flair. Maybe he’ll be back for X.

We waited, we rewatched, we pored over the trailers, discussed possibilities in hushed, excited tones. We were dismayed with the push from May 2020 to October 2020 to a year later. Now that it’s here, the delayed gratification just doesn’t have the punch. The only way this franchise could be back on track is if in SAW X (in development now), one of the original adherents, sees the ultimate mess this newcomer has made, comes out of hiding, and vows to fix it with extreme prejudice.

My recommendation, wait for streaming. I don’t think you’ll have long.

Spiral: From the Book of Saw (2021) is rated R for people getting hit with trains, fists, and projectile glass, finger-ectomies, orphaned human flesh, broken bones, lots of shootings, lots of blood, rotting pigs, and a marionette that could never be Billy. If you’re still a little raw from the recent spate of real cops acting badly, maybe sit this one out. It’s not the closure you’re expecting.

Spiral: From the Book of Saw is streaming now on the following services:
Powered by JustWatch