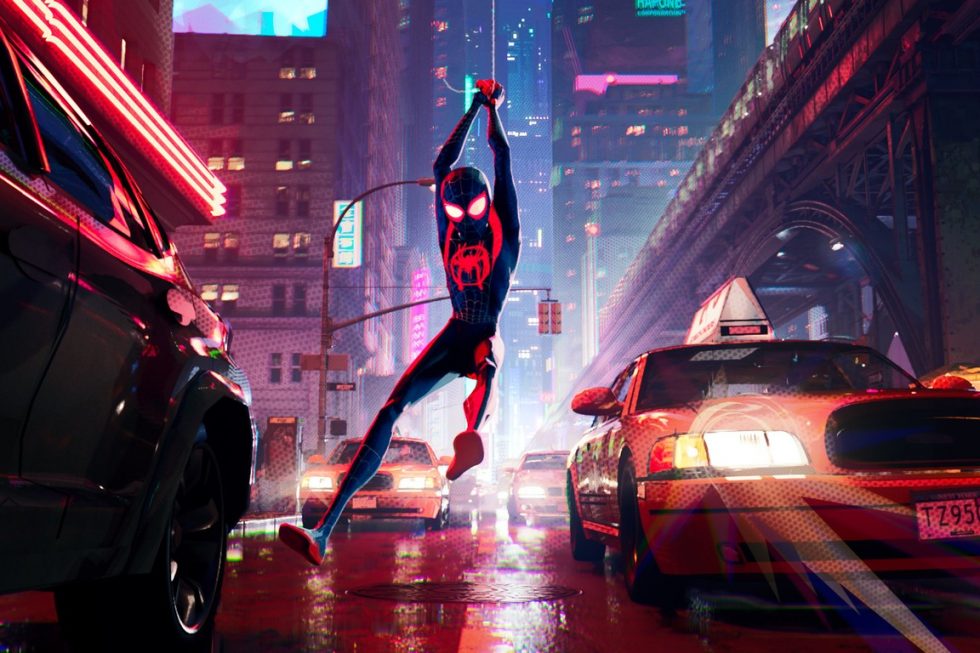 Spider-Man: Into the Spider-Verse Movie Review

Spider-Man: Into the Spider-Verse Movie Poster 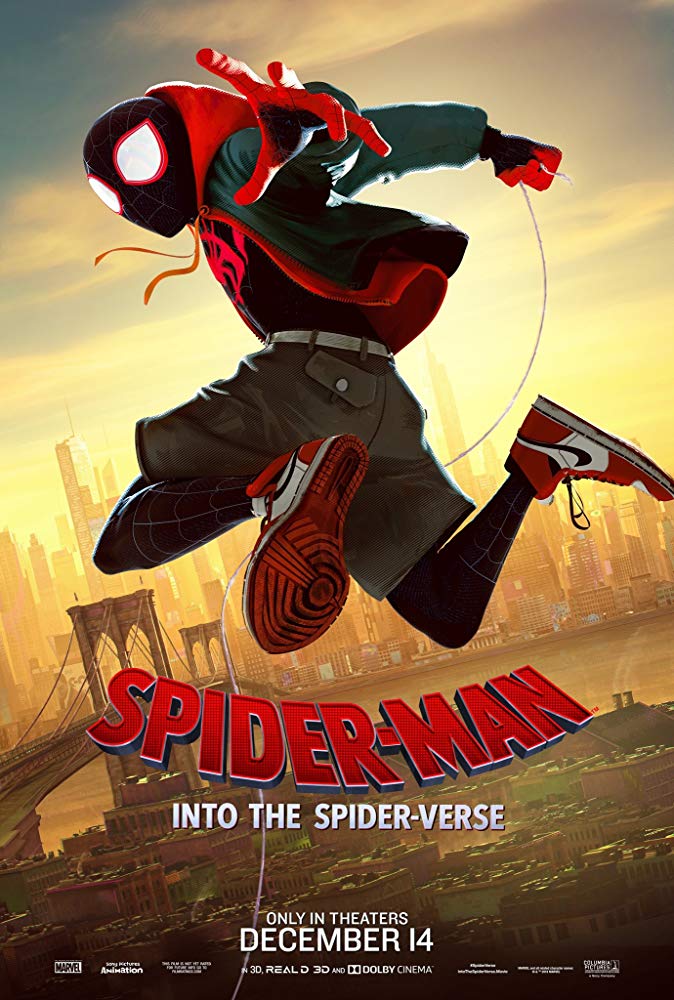 Spider-Man: Into the Spider-Verse Movie Metadata

Spider-Man: Into the Spider-Verse

Spider-Man: Into the Spider-Verse External Links

Spider-Man: Into the Spider-Verse Movie Trailer

Spider-Man: Into the Spider-Verse Movie Tickets

Spider-Man: Into the Spider-Verse is nothing like what you’re expecting and that’s what makes it phenomenal.

Miles Morales (Shameik Moore your average teenager in Brooklyn, NY, part time tagger, full time student he’s under a tremendous amount of pressure to be better and do better and please practically everyone. When he’s bitten by a radioactive spider his life is turned upside down as he struggles to control his new destiny while being trained by a version of Peter Parker.

Okay, see, in Miles Morales’ New York (designation Earth-1610), a blonde, handsome, really cool Spider-Man/Peter Parker (Chris Pine) is killed by Kingpin (Liev Schreiber), but before he dies, a rift in the space-time is opened, dumping multiple versions of Spider-Man (people) from parallel Universes in to Miles’ backyard. There’s Spider-Noir Peter Parker (Nicolas Cage) from a Depression era universe (Earth-12131. I think)who speaks in pulp fiction chatter and oozes gumshoe detective cool. Peni Parker (Earth 14512)(Kimiko Glenn) is from a future and fights in a super-cute anime-style robot powered by a sentient radioactive spider, Peter Porker is Spider-Ham (Earth-8311) and fights with all of the glee of a Looney Tunes bit. Spider-Gwen (Earth-65) (Hailee Steinfeld) is a high schooler, and Peter B Parker (Jake Johnson) – our schlubby, down on his luck web-slinger from *this* Earth. Together they have to stop Kingpin from tampering with the fabric of time and space to reverse the deaths of his wife and son. All while fighting Prowler (Mahershala Ali) and Doc Ock (Kathryn Hahn).

Oh, and Aunt May (Lily Tomlin) is a badass.

This is nothing like anything you’ve seen before. The kinetic energy of the animation which first comes off as bright and busy, settles into a steady flow of action and story feeling both organic and, dare I say this about animation: natural. It’s smart and funny and packs a lot into nearly 2-hour run-time. You*want* to see this on the big screen. You want to see this in 3D.

The character development alone rivals most literary films, and for the sheer number of characters in this film, that’s impressive.  We’re not left guessing about motives or alliances, and this film is far from anything that resembles anything DC has put out to date – you know what I’m talking about. This Spider-Man is sweeping and cinematic and ridiculously engaging for an origin story that could only be written about in comic books about a black teen trying to please his dad, admiring his shady uncle, trying super hard to get the new girl, all wrapped around the chance to save the world.

The soundtrack is all bouncy hiphop that manages to both fade into the background and become part of the vivid landscape that is Miles’ world. You might be taking the tune Sunflower by Post Malone home in your head.

This is a movie for literary everyone. Take yo kids, take yo mama, take that cutie on the most intense non-threatening date imaginable. At the very least the post-movie coffee will determine if that person is “the one.”

This is a Marvel movie, so there are multiple end-credit scenes. Try not to cry at the dedication of Stan Lee.

The Incredibles 2 (2018) just dropped to a distant #2 when it comes to the Oscar for Best Feature Animation. I think Spider-Man: Into the Spider-Verse is taking home the trophy.

Spider-Man: Into the Spider-Verse is Rated PG for animated violence, like getting punched in the face, shot, having a building fall on people, people getting dead, and very mild swears.

Spider-Man: Into the Spider-Verse is streaming now on the following services:
Powered by JustWatch