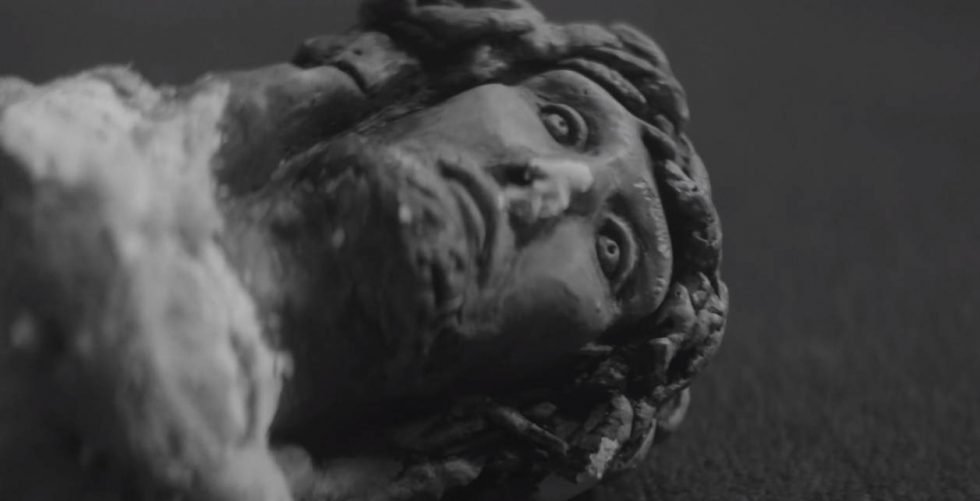 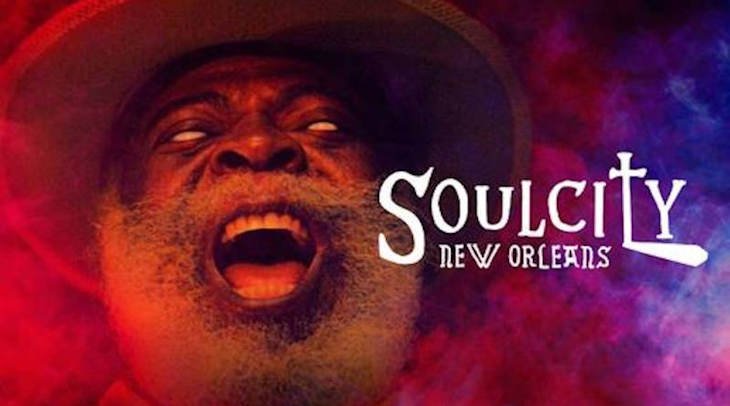 Premiering exclusively on Topic, a new web-based streaming service for movies, series, documentaries, Soul City is a 3-episode limited horror series exploring horror from the urban experience. These short pops of terror, running about 15 minutes each, are quick enough to immerse you in the flavor, and deep enough to leave a lasting scar.

With horror starting small and working up, I sensed stacked themes of peace, heart, and soul, integral to Grace (New Orleans 1968) kicks off the season with childhood repression and imagination. Young Althea (Mikaela Kimani Armstrong) is sent to live with a family friend, Grace (Rhonda Johnson Dents) after the death of her mother with nothing but crayons to color her empty existence. Grace has ideas about how little girls should be seen and not heard, but Althea’s imagination has other ideas. My only quibble was that I’d watch an entire season based around that single episode.

Pillowshop is the gris-gris of comfortable sleep. What’s it worth to you for solid rest and maybe you should ask a few more questions? Andrew (Dorian Crossmond Missick) has insomnia and it’s destroying his life. He’s lead a specialty shop whose proprietor (Peter Gabb) promises him the sleep of his dreams and a few dreams of his dreams. It costs nothing, but we know that can’t be true.

The Give Man grants wishes with a time limit and a steep price. How steep is up for the bearer, how awful the retribution? The bill comes due for a local celebrity whose brief life of local fame and riches has an expiration date. This one is iffy, and the only one of the trio that fell flat. Is our local celebrity trying to buy his soul with the generous gifts to the musician who has the potential to be great but not necessarily the skills. This one has too many vague bumps to be really enjoyable and without a connection to any of the characters, whatever horrors await them barely blow your hair much less knock you back.

Your unnamed guide is the cab driver, played by Omar Dorsey, who is both knowing accomplice and innocent passerby. He escorts each main character to their fated destinations, a part of and apart from their destinies. You know he’s got a story, and you’ll ask for a few laps around the block to hear it.

The brief nature of each of these episodes only enhances the tightly wound narratives, not giving any quarter to unnecessary exposition. We’re promised more Frankly, it’s my kind of horror. If Twilight Zone: The Movie (1983) and Tales from the Hood (1995) had a baby, it would be Soul City. We are promised more Souls in more Cities, and I’m looking forward to all of those journeys.

Soul City is a limited television series streaming exclusively on Topic. It’s unrated, but I would guess we’re looking at TV:14-DLSV, for swears and intense scenes, brief implied sexytimes, booze, and some rather intense feelings of dread, but no overt blood or guts. This is good starter horror for those easily intimidated, but still satisfying for us veterans.