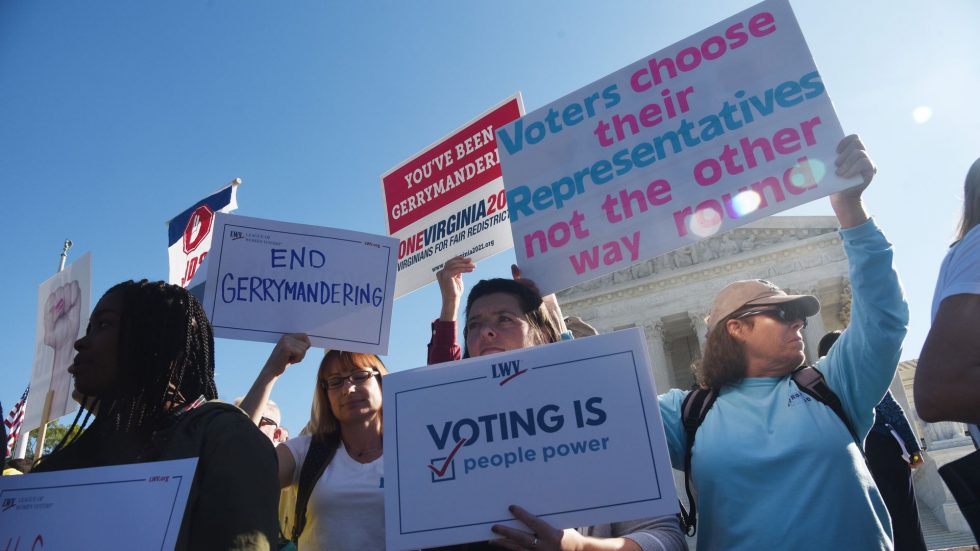 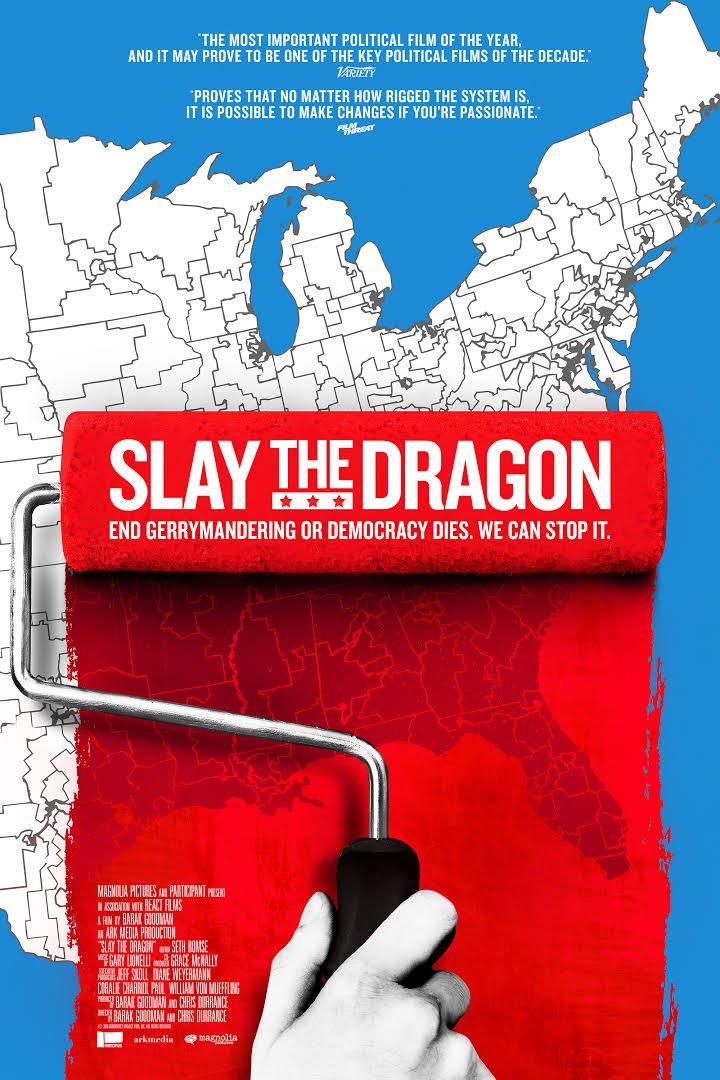 “…this nation, under God, shall have a new birth of freedom — and that government of the people, by the people, for the people, shall not perish from the earth.” – Abraham Lincoln

Abraham Lincoln delivered these now immortal words during his Gettysburg Address in 1863. They would live on to represent America’s democracy and specifically, the right to vote. Every election, politicians spout that Americans need to get out and vote because their vote counts. But, what if they didn’t? What if no matter how you voted, with people of the same belief, the result would still be in favor of the opposition? Co-directors Barack Goodman and Chris Durrance answer these questions in the eye-opening new documentary Slay the Dragon.

Focused on the unyielding power of gerrymandering, Goodman and Durance follow attempts in Michigan and Wisconsin to end the unfair practice of politicians determining the voting lines in districts they govern. Or, as Dale Schultz, a former Republic State Senator in Wisconsin, describes it: “legislators picking voters rather than voters picking legislators.”

Named after Elbridge Gerry for his attempt in 1812 to manipulate votes in his district, Republicans and Democrats have leveraged this shady, legal tactic for hundreds of years to protect themselves and ensure victory in future elections. Yet, only in the 2000’s, with the advent of big data, did it start to have far-reaching consequences.

Slay the Dragon‘s look at how gerrymandering has impacted the country from the Flint water crisis in 2014 to the Republican party’s flipping of 12 states to red after the election of Barack Obama, is both fascinating and unsettling. And while the documentary has the ability to divide viewers already at odds due to its focus on conservative attempts to exploit this advantage, it effectively highlights how any political party can tilt the odds without the right laws in place.

With the political intrigue of movies like All the President’s Men, this documentary is a must-watch, as the future of our democracy may depend on it.

Catch Slay the Dragon from the comfort of your couch beginning April 3rd. Visit https://www.slaythedragonfilm.com/watch-at-home/ for more details.

Slay the Dragon is streaming now on the following services:
Powered by JustWatch