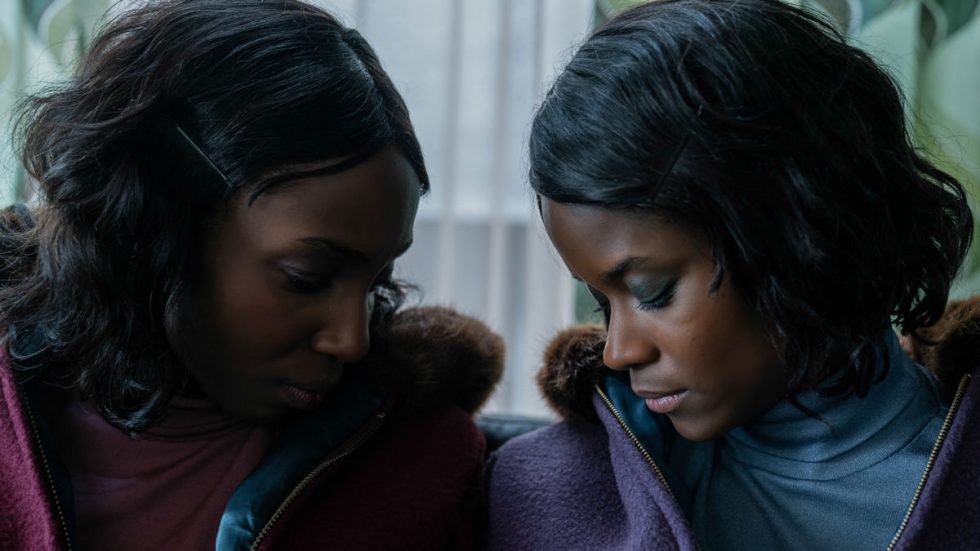 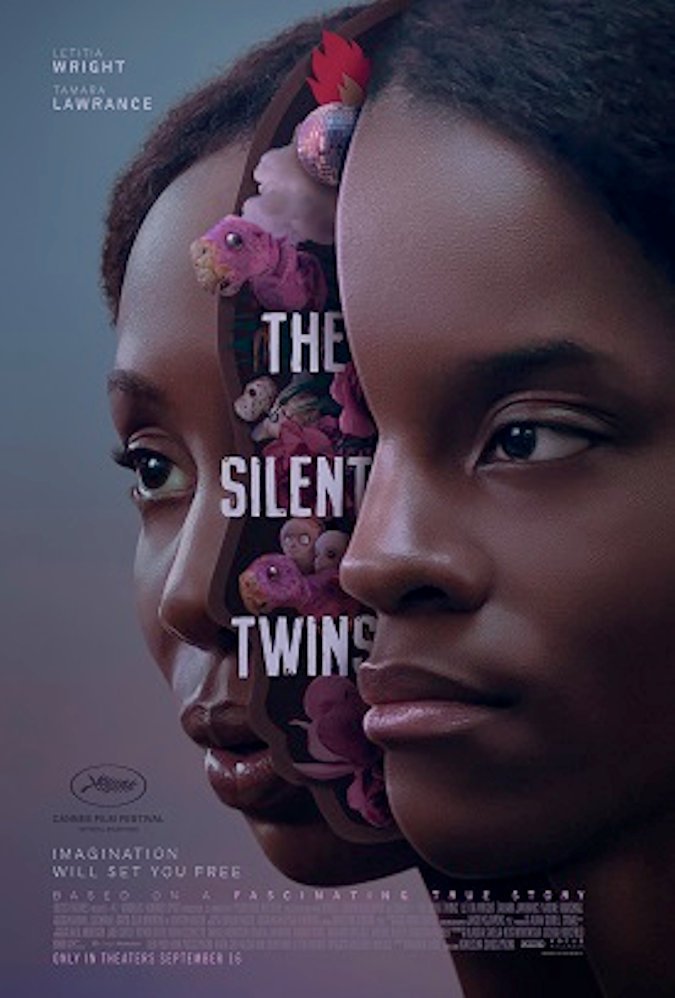 The true story of June and Jennifer Gibbons is often studied in psychology classes at HBCU (Historically Black Colleges and Universities), mainly because there simply aren’t enough recorded cases of modern Black mental illness studies in real-time. The way The Silent Twins (2022) has been marketed, your average movie-goer might get vibes of Heavenly Creatures (1994) and The Dark Half (1993), with a smattering of The Shining (1980) from the trailers.

This is why I don’t watch trailers.

June (Leticia Wright) and Jennifer Gibbons (Tamara Lawrance) were identical twins born in the early 60s in the UK. Their creative spirit is showcased with their early reel-to-reel recordings and their zest for life seems infectious. Or it would be if the twins (in youth, played by Leah Mondesir-Simmonds and Eva-Arianna Baxter) spoke to anyone else but themselves. When in the company of others, they remained withdrawn and antisocial, refusing to make eye contact or speak with others. They mimicked each other’s movements and made a great effort to be left alone. The 60s and 70s were not known for their leaps in progressive child psychology, so first they were sent to a special needs school before ending up in Broadmoor, a notorious high-security asylum, after drug and alcohol arrests. Their complete reliance upon one another and their self-imposed isolation often led to the inability to stand each other’s company, culminating in violent outbursts. It was worse when they were separated, and they became depressed and catatonic. The Silent Twins is supposed to be a celebration (?) of their creative genius (maybe)and plucky determination (‽) in a world that fails to understand them.

For a nostalgic piece on mental illness and the plight of the UK’s offerings in terms of treatment, The Silent Twins is a reflective piece on the disturbing spiral of two very troubled children. Which is unfortunate, especially if you’re expecting some of the darker (albeit heavily fictionalized) aspects of their story to be portrayed. Think The Conjuring (2013) or maybe Wolf Creek (2005), or even and especially Heavenly Creatures. Yes, I was expecting a very stylized Black Heavenly Creatures.

From the standpoint of a biographical retelling of one of the most compelling stories of modern psychosis, it’s no great shakes either.

The Silent Twins softens before effectively erasing the impact of racism the children faced for being the only black family in their neighborhood. It’s given a few frames more for “little boys are horrid” rather than “this was likely a trigger”, so the constant bullying that likely led them to withdraw and only communicate with each other is ignored. To even the most casual observer, their selective language and communication appears to be a trauma response that developed into a full blown folie à deux, or shared psychosis, but screenwriter Andrea Siegel and director Agnieszka Smoczyńska seem to want to focus on the “magical aspect” of twin-speak, downplaying the treatment the Gibbons experienced at every level of professional outreach. Every aspect of their illness from the darkly creative playful side, to the drug and alcohol abuse, to the reenactments of the Twins’ poems and short stories is given a starry, soft hue of fantastical wonderment, lessening the impact of their mistreatment.

The constant undercurrent of anticipated dread lacks any real payoff. I don’t even want to talk about the final scene. You can almost hear the director brushing her hands with an “all better” attitude as the credits roll.

This was not the creative team to handle this story. Whitewashing two lives spent in torment, receiving the harshest punishment possible and lack of treatment for the sake of telling surreal stop-animation stories with enchanted purple felted birds and misshapen dogs is a little infuriating.

If you have trouble understanding dialogue in loud movies, I highly suggest you grab a CaptiView for the theater or wait for the opportunity to watch this at home with subtitles (if you bother). The speech patterns of June and Jennifer, no doubt studied from early audio recordings, include a slight slurring compounded by an underbite. If you’re lousy with accents, you can give it up, as they make the twins’ sparse but very important dialog incoherent.

Which is a shame. The most important things June and Jennifer ever had to say, they said to each other, and the words are unintelligible.

The Silent Twins is a very important story to be told and it deserved better treatment than it received here. Even the tagline, “Imagination Will Set You Free” is not exactly the feel-good endorsement it thinks it is. It was a disappointment all around

The Silent Twins (2022) is rated R for sibling on sibling violence, underage drug and alcohol use, teenaged sexytimes, dark asylums, and self-harm.

The Silent Twins is streaming now on the following services:
Powered by JustWatch