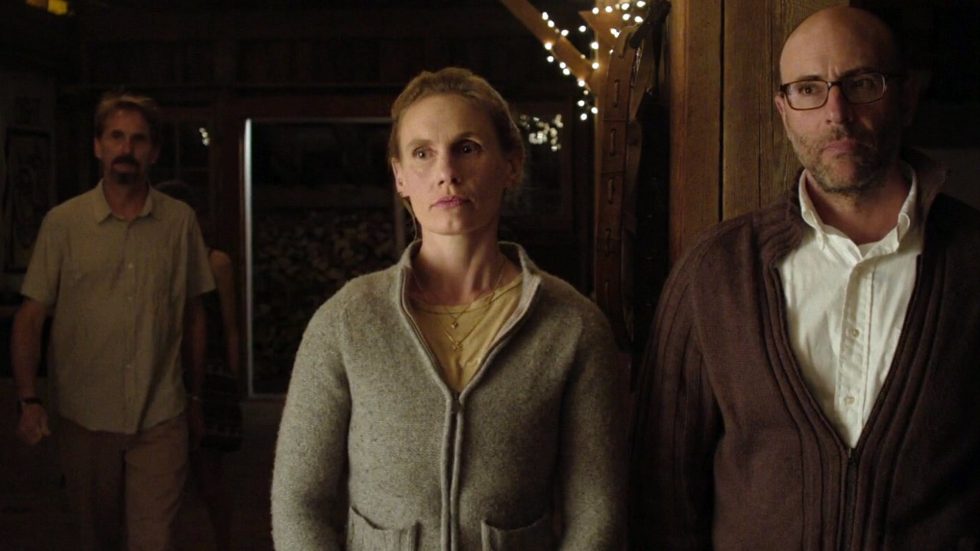 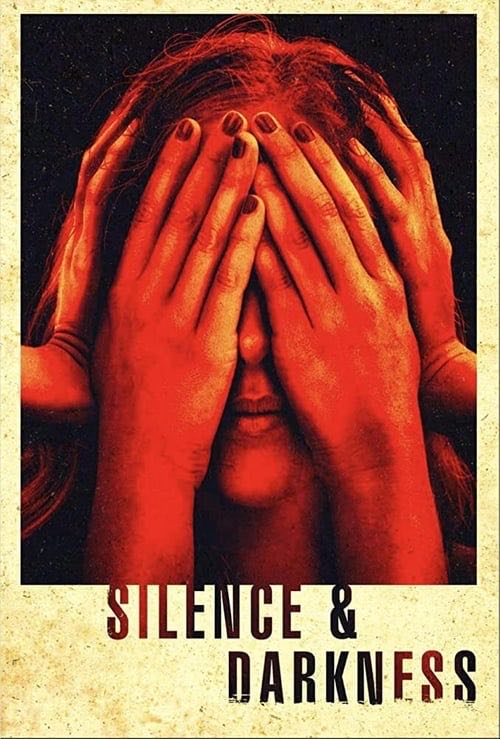 In Silence &Darkness (2020) two sisters whose lives depend on each other and their father discover his dark intentions in this slow-burn, goreless thriller.

Anna (Mina Walker) and Beth (Joan Glackin) live in idyllic surroundings and spend their days entirely in each other’s company. Anna is blind, and Beth is deaf, and they live with their father, a local doctor in their small town. Anna and Beth communicate with each other in a language that is all their own. Still, Beth does know conventional sign language as she can communicate with Father, who seems to act as a teacher, entertainer, and guide to the world, as they only leave for walks around their property and occasional trips to the small store by tandem bike. Father (Jordan Lage), while doting and loving and respectful of their independence, is having a decidedly one-sided affair with a woman in town, but it’s clear it’s only a biological need for him. Father has an irrational fear of germs, odd for someone who’s a local GP, and schools his daughters incessantly on the dangers of microbes and viruses. He loves his girls deeply, vibing on their dependence on him and his role as sole caregiver. One day Anna overhears something she shouldn’t, followed by late-evening digging in the forest behind their property. These events set off one minor rebellion after another until Father’s designs on their lives become apparent, even if his motives remain murky until the end.

Silence & Darkness is a thriller that appears on the surface to be nothing like a thriller. Father isn’t violent; even when provoked, he doesn’t lash out or raise his voice. He’s given nothing for the girls to fear from him, which makes the second half of this 81-minute movie so tense, but it’s okay because enough trust has been broken during the first half that we know something dark is coming.

Silence & Darkness is simple, yet powerful and extremely well done. Writer/director Barak Barkan sets the stage for manipulation and co-dependence, with sinister undertones so subtle, you wonder if you’ve queued the right movie for the first few minutes. The scenes are brightly lit with sunshine and birdsong, warm woods and soft grass, and there’s none of the creepy incidental music to cue you in that something is amiss. It’s well-paced, and the characters are well-developed for knowing absolutely nothing about them. Anna and Beth’s clear innocence doesn’t lead to naivety or stupidity; in fact, just the opposite. Raised motherless and isolated, they are clever enough to cook for themselves, teach themselves gymnastics, play the guitar, and be interesting conversationalists. They’re clever young women depending on each other to survive, and he’s wildly underestimated them. We’ve watched unfortunate movies with tens of minutes of backstory that didn’t come close to what Barkan achieved with no flashbacks.

Silence & Darkness isn’t a movie based on violence or shouting or swears. It’s based on gaslighting and a violation of trust that the people who raise their children do so with the unconditional love that comes from wanting the very best for them. In the end, it’s clear what Father wanted, and all of his actions come back to haunt him in unexpected ways. It’s sneaky in its dread, and it’s just the right length to be a sock to the gut when the credits roll. I wasn’t sure I would like it 5 minutes in, but I loved it before it was over.

Silence & Darkness (2020) is unrated, and due to the lack of blood, swears, nudity, or on-screen violence, I’m hard-pressed to give it an R, so I’ll toss it into the PG-13 category. It’s proof thrillers don’t need any of those things to set you on edge and delivery a potent story. Lazy shocks are lazy, and Silence & Darkness worked hard to earn my 3.5 stars.

Silence & Darkness is streaming now on the following services:
Powered by JustWatch