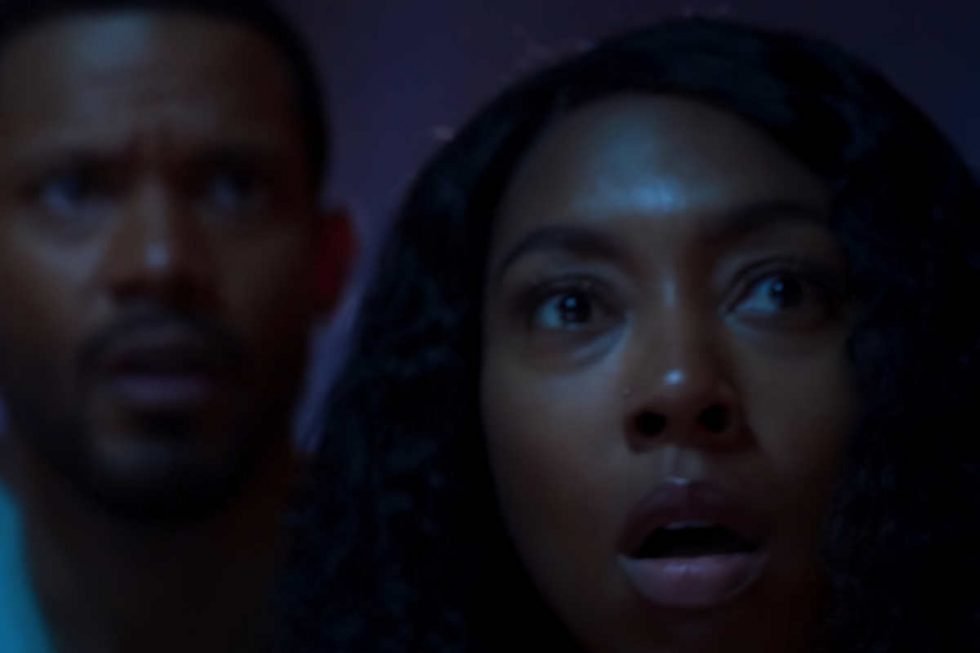 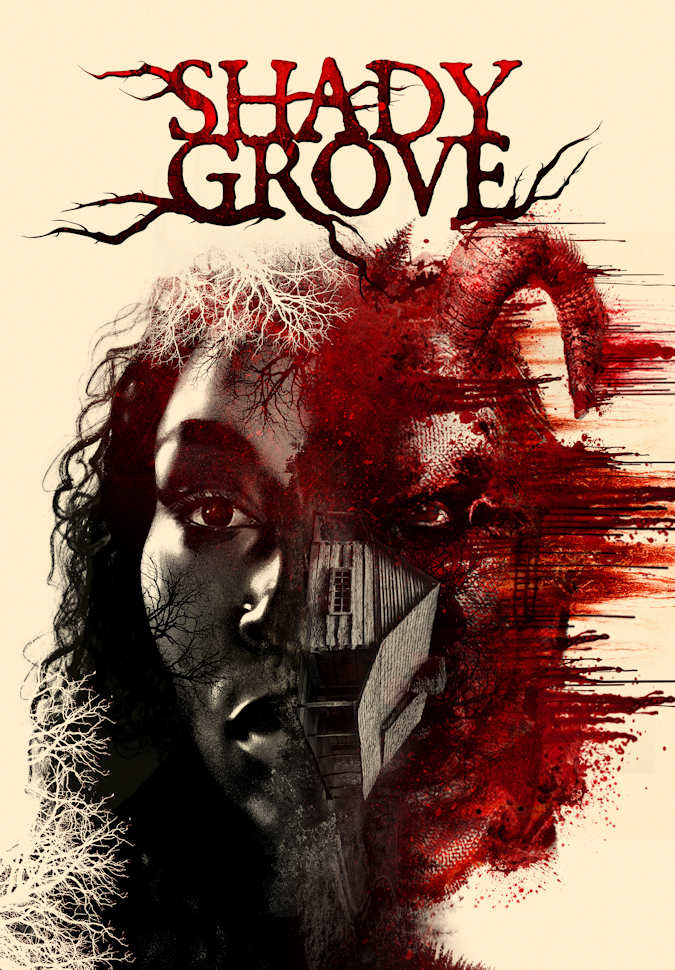 In Shady Grove (2022), an expectant couple spends a last romantic weekend in the woods before their lives change forever, not knowing that the people in the woods have a far different outlook for their survival. Shaina (Niki McElroy) and Mark (Todd Anthony) decide to leave their partying lifestyle behind when they discover they’re expecting a child. They book a cabin in the woods to celebrate with perpetual third wheel and childhood friend, Eli (Juhahn Jones), who has never learned the phrase “situationally-appropriate behavior”. Why he’s brought along is never quite made clear, and we have to assume it’s to satisfy a debt, and then he disappears in the second act.

They settle in for the weekend and are joined by women who Eli has invited from the farm down the road. What’s more alcohol and drugs for an expectant mother? There is uncomfortable subtext in this movie, and frankly it’s awful.

This is a movie that leaves a lot of questions, like “why is this one ‘sister’ giving birth away from the other ‘sisters’”, “why is everyone wearing a mask they can’t see or speak out of”, and “have the screenwriters ever seen a horror movie”.

Shady Grove suffers from dialogue and pacing issues. Juhahn Jones’s over-the-top lines feel ad-libbed and out of place. Everyone else recites lines that sound like lines. It’s directed like a stage play with very careful and rigid blocking, considering the material everyone is given to work with feels like recited dialogue. This we can attribute to director Dale Resteghini, whose body of work primarily consists of music videos. Other than weird smells, shower sex scenes (two, you lucky devil), and copious amounts of drinking and drugs, absolutely nothing happens for 45 minutes. This falls in the lap of both Niki McElroy, whose previous credits include a television series episode about dating based on her own self-published book, and Nathan Dalton, who wrote a movie about sentient murderous donuts. For a movie being promoted as a horror/thriller, there is scant little of either.

A horror film about a cult may have been a little out of their depth. No one wants to watch a movie about drunks who become concerned when their drugs make them woozy. Shady Grove is derivative with familiar whiffs of The Ritual (2017), Get Out (2017) and Midsommer (2019), but as if those movies were watched with the sound turned down while playing Two Dots on the phone.

There’s simply not enough story to carry Shady Grove for 94 minutes. We learn nothing about why anything is happening until the last three minutes, and then what we learn is so nebulous and tacked on you mourn the previous 91.

Shady Grove should have been workshopped with working horror screenwriters to produce something that wouldn’t have felt feel as empty or borderline offensive.

Shady Grove is streaming now on the following services:
Powered by JustWatch