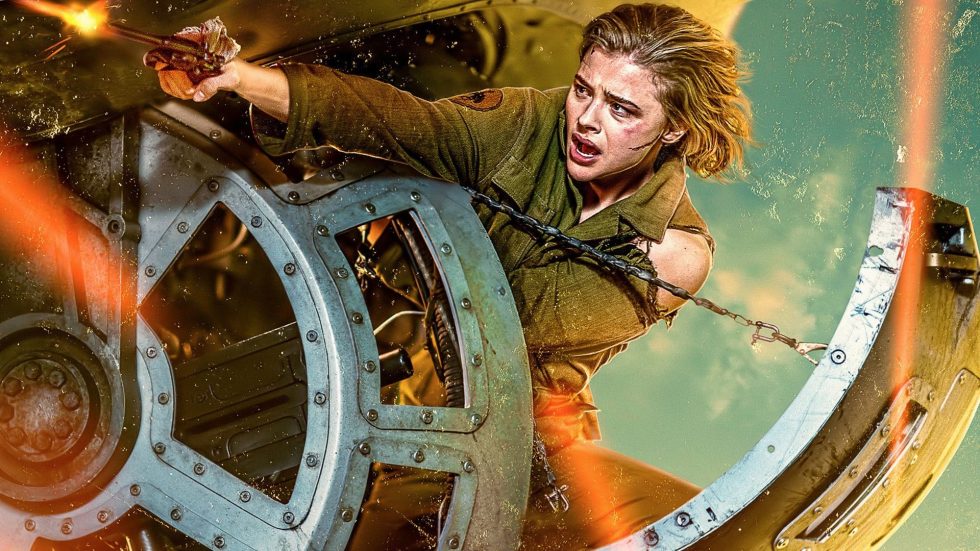 Shadow in the Cloud Movie Review

Shadow in the Cloud Movie Poster 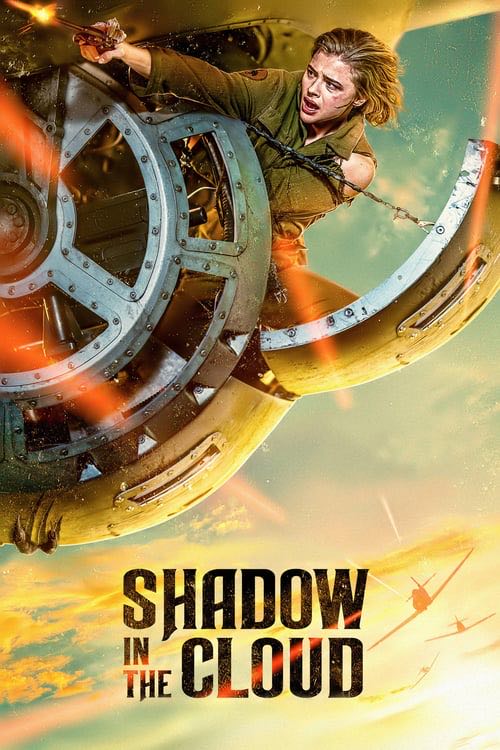 Shadow in the Cloud Movie Metadata

Shadow in the Cloud

Shadow in the Cloud External Links

Shadow in the Cloud Movie Trailer

Shadow in the Cloud Movie Tickets

Chloë Grace Moretz’s deliciously entertaining turn as Flight Officer Maude Garrett in Shadow in the Cloud will leave many viewers wishing they’d experienced the film on the big screen.

Moretz is the catalyst that launches writer-director Roseanne Liang’s epic wartime creature feature into the proverbial stratosphere. Imagine The Twilight Zone’s: Nightmare at 20,000 Feet, but in WWII, and instead of the passenger getting carted off in a straitjacket, she exacts revenge on the gremlin and flight crew. Sure, you’ll laugh at its more ridiculous moments (in the trailer, the explosion that pushes a free-falling Garrett back up into the plane), but it leaves you wanting more and more of those moments.

The crew of “The Fool’s Errand,” a B-17 “Flying Fortress” Bomber, is due for imminent takeoff when Capt. Maude Garrett crashes the party with top-secret orders and cargo in tow. Her presence is very much unwelcome and met with come-ons and vicious contempt. The crew consigns her to the belly turret, heckling her throughout the ensuing journey.

Most of the film happens in this claustrophobic glass bubble. Moretz’s character is isolated from her male partners and equipped with only her communication headphones and a .50 cal machine gun to defend against airborne enemies. When Maude thinks she’s spotted an enemy – a shadow in the cloud – her call for help is dismissed as merely “dame” hysteria, which proves especially troublesome when she observes a gremlin shredding the underside of the plane’s wing.

While Garrett proves she can fight, nothing ever seems enough for this crew.

The great irony of Shadow in the Cloud is Max Landis’ credit as co-writer on the film. Eight women have accused Landis of emotional, physical, and or sexual abuse. His involvement, it seems, is early and trivial as Liang started over and flipped the script. The product is a robust female film that overcomes prejudice.

By the end (it’s an easily digestible 83 minutes), I was fully on-board with Liang’s bold, campy vision and Moretz’s committed performance. The film, combined with its synth-heavy soundtrack, reminded me of my fondness for John Carpenter movies. I immediately followed up by streaming Escape from New York. That feeling should help you decide if Shadow in the Cloud is worth your time and money.

Shadow in the Cloud is in limited theatrical release and available on-demand this January.

Shadow in the Cloud is streaming now on the following services:
Powered by JustWatch